HOME / SOCIAL/CULTURAL / The Streetlight Effect: When People Look Within The System For Solutions To The System

The Streetlight Effect: When People Look Within The System For Solutions To The System 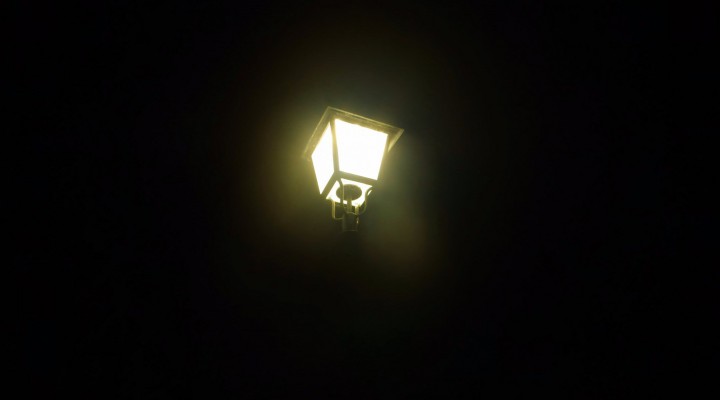 A policeman sees a drunk man crawling around on his hands and knees at night and asks what the problem is. The drunk man says he’s trying to find his keys, so the officer gets down and starts searching with him. For a few minutes they crawl around hunting for the missing key ring by the light of the street lamp before the policeman stands up frustrated.

“Are you sure this is where you lost them?” he asks.

“This isn’t where I lost them,” replies the drunk.

“Then why are we searching here??”

This old joke is the source of the name for the streetlight effect, one of the many, many glitches in human cognition which cause us to tend toward misperception of our world and the way it’s happening. This one describes our tendency to only look for things where it’s easy to look for them, and it distorts our understanding of subjects from science to big data analysis to history to spirituality.

It’s like the scene from the children’s animated movie The Land Before Time where one of the young dinosaurs knows the way to the Great Valley but the others vote to travel a different direction to search for it, not because they have any reason to believe it’s the right way, but because it is easier. One dinosaur says “I’m going the easy way!” while the other yells out in exasperation “But it’s the wrong way!”

It’s also like the way people keep trying to fight oppressive political systems by working within those systems, arguing that it will be much easier to defeat the oppression machine using the tools the machine gave them.

We’re seeing this highlighted today in the controversy over Biden and Company’s nomination of Center for American Progress president and virulent left-puncher Neera Tanden to direct the next administration’s Office of Management and Budget. Tanden has spent years doing nothing but advancing the most toxic elements of the Democratic establishment and attacking the party’s progressive base at every opportunity, and her nomination is probably the biggest middle finger BidenCorp could possibly have given to the Sanders supporters who elected him.

After months of lying to themselves that lifelong warmongering corporatist Joe Biden could be somehow “pushed to the left” by progressives in order to make voting for him seem more palatable, the incoming administration has been seemingly going out of its way to prove them wrong in as spectacular a fashion as you could possibly imagine with its nominees and transition team of war whores, corporate sociopaths, free speech opponents and austerity enthusiasts. Tanden is just the diarrhea icing on the giant steaming shit cake.

But this was always how it was going to be. Believing anyone could move Joe Biden to the left was as foolish as believing anyone could move a mountain or a skyscraper or any other immovable object. If Biden were the sort of person who could be pressured into ending wars, reversing US military expansionism, ending austerity policies and redistributing wealth, he never would have been permitted anywhere near the White House. He would have been replaced with a Kamala Harris or a Pete Butigieg or one of the other endless army of stalwart establishment loyalists.

Self-described progressives who advocate supporting the Democratic Party while slowly taking it over from the inside and moving it to the left argue that doing this is much easier than trying to fight the system from the outside, because activism isn’t enough and the US Constitution is written in a way that makes third-party voting unworkable. So they pour massive amounts of energy into supporting a political party that is expressly designed to ensure they never attain any of their goals.

They are searching in the lamplight for keys that aren’t there. They are walking away from the Great Valley because that direction is an easier journey.

Arguing that you should wage the revolution from within the system because it’s easier than fighting the system from the outside is like saying you should journey to the top of the mountain by going downhill because that’s easier than climbing. Sure you’ll meet up with a lot less resistance, but that’s not how you get there. It’s the wrong way.

Ruling power structures are all too happy to let us keep marching into the mirror maze of establishment politics which always spits us out right back where we started. They’ll let us do this until their blinkered agendas have turned our planet into a lifeless rock. This is true of US politics, and it’s true of the political systems in any government which plays a significant role in the globe-spanning US-centralized empire.

Yes, the way to the Great Valley is far less easy than casting a few votes and stanning AOC. The way to true revolution and drastic, meaningful change is not just challenging, it’s a way that has never been traveled before, by anyone. It’s going to mean trying things that are completely unprecedented, because we’re trying to create a society that is healthy in a way that it’s never been before.

Ultimately, we need to wake up. We need to awaken from the mental prisons that have been deliberately designed to keep us searching under the streetlight instead of where they actually are, and then we need to wake up the others. Only then will we ever stand a chance at using the power of our numbers to force real change. Until that happens people are going to keep entering the mirror maze and never getting anywhere while the noose on our species gets tighter and tighter.

This is the clearest I've been able to sum it all up so far.https://t.co/JqbZMKn7ov

The powerful are screwing us, and there are more of us than there are of them. That’s why we have a rigged political system. It’s why plutocrats and government agencies pour immense fortunes and manpower into manipulating the way we think, act and vote by mass media propaganda. It’s what keeps us crawling around searching for keys that aren’t there.

Luckily, with trust in the mass media at an all-time low and our ability to network and share information at an all-time high, we have every opportunity to begin doing that. We just need to stop pouring our energy in inefficient directions and strike while that iron is hot.

0 thoughts on “The Streetlight Effect: When People Look Within The System For Solutions To The System”