HOME / SOCIAL/CULTURAL / The End Of Illusions

The End Of Illusions 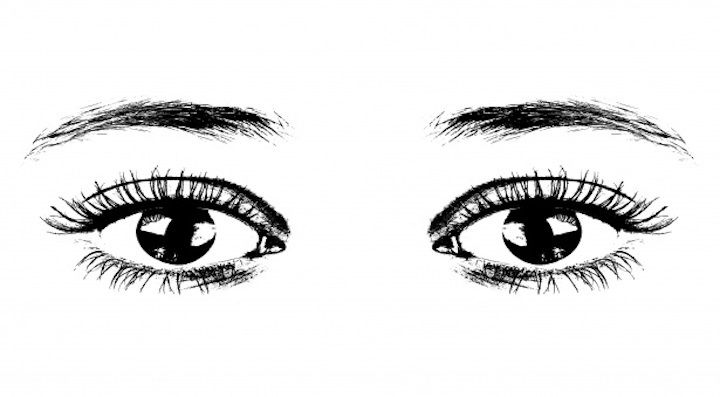 Listen to a reading of “The End Of Illusions”:

It happened suddenly and unexpectedly, as drastic changes often do.

You awoke in the morning from an unusual sleep, and something about your waking experience was very different. You couldn’t say what exactly, but there was a deep relaxation. A clenching you’d always carried with you simply wasn’t there anymore, a clenching you’d never even noticed until it was gone.

Everything was very still.

You removed your blankets and swung your legs over the side of the bed, just like every other morning before, but this morning something very different happened. When you stood up, “you” didn’t come with.

Standing happened. There just wasn’t anyone doing it. The body was upright, there was the experience of pressure on the bottoms of the feet and cool morning air on the skin. But it wasn’t happening to anybody.

The sensation of being a self wasn’t there anymore. The energetic contraction in the body around the belief in a separate “me” character had left and been replaced with nothing, leaving only wide openness and inseparability.

The eyes moved around the room, and rather than experiencing this as a person looking out at the world it was instead simply appearances appearing to no one in an inseparable field of experience, with the bridge of the nose no more personal than the wall. The bird songs and other morning noises arose in the same way: as impersonal appearances with no separate hearer.

Thoughts about what was happening began to flicker, but they sputtered out and lost their energy as quickly as they arose. They were premised on a context that simply wasn’t there anymore; without the thinker being experienced as a real entity, they simply showed up as mental noises, without being imbued with the power of belief. Thinking could certainly be used as necessary, but putting together a string of compulsive thoughts would’ve been like trying to build a tower on the surface of a bottomless lake. There just wasn’t any foundation to build on anymore.

Without belief in the thinking, knowing, labeling, dividing me-mind, life was suddenly experienced as a perfect mystery. Everything that arose was simply an impersonal appearance appearing to no one in a timeless, boundless openness, with no notion that anything needed to be done about it. Everything was infinite perfection.

This all came with a deep and profound peace, a peace that was clearly seen to have always been there all along, with only the belief in the mind and its incessant babbling stories about “self” and “other” obscuring it. This is the natural state of human consciousness. The unaltered state. The unconfused state. Not even truly hidden, simply overlooked because of its simplicity. The self which seemingly disappeared had never truly been there in the first place. It was all an illusion. A dream.

And it was immediately understood that this is the underlying cause of all misery in our world. Humans mistakenly believing their bodies and minds to be separate from the universe, separate from the swirling sea of life on this planet, constructing psychological me-characters to symbolize the plight of each human organism and then using believed thoughts to try and ensure the safety and security of that fictional character.

And from there those illusory mental ego constructs set about competing with what they perceive to be other selves out there in the world, trying to manipulate and control them to guarantee the me-character is safe from harm and always has enough of what it needs. The cleverest ego characters figure out how to manipulate people at mass scale, using their tendency to believe mental narratives against them and planting power-serving ideas in their minds.

And it was seen that this is all ultimately the result of being a species with a newly-evolved capacity for abstract thought giving birth to babies at a highly undeveloped stage due to the size of their newly-evolved brains relative to the size of the birth canal. We spend our formative years as helpless organisms surrounded by giants, and as our ability to think comes online we start trying to use it to protect ourselves from traumatic experiences like being startled or left crying in the dark a little too long. Before the age of two we’ve constructed a mental “me” character so that we can use various strategies for getting what we want, leading to the construction of more and more egocentric mental habits of increasing complexity that are all geared toward trying to keep us safe.

It’s simply an innocent mistake, made by very young members of a very young species. When people talk about the “ego” they are referring to something that has no actual independent reality; it describes a series of mental habits that are energetically imbued with the power of belief out of concern for the safety and security of the organism. Contrary to what some say, the path to peace is not to “get rid of the ego” or to “kill the ego”, but for life to open its eyes to the reality that the ego never actually existed as a real thing in the first place.

And it was seen that there’s not actually any reason humanity cannot collectively awaken to this perspective. The ability to awaken from the illusion of the mental self exists within us all, and probably exists for a reason. Every species eventually reaches a point where it must adapt to changing conditions in an ever-changing world, and with egoic consciousness threatening our existence with climate collapse and nuclear war we are most certainly arriving at that point today.

But it was also seen that if this does not happen, that too will be perfect. Only the ego seeks to control life against life’s will, and if it is life’s will that humanity go the way of the dinosaur then that will have the same thunderous beauty as every other appearance twirling within this eternal mystery void.

The eyes were open. Everything was clearly perceived. The illusions were no more.

And with that, no one got dressed, and prepared to start the day.

0 thoughts on “The End Of Illusions”