The Atlantic Is A Shitty Propaganda Rag Run By Elitist Wankers 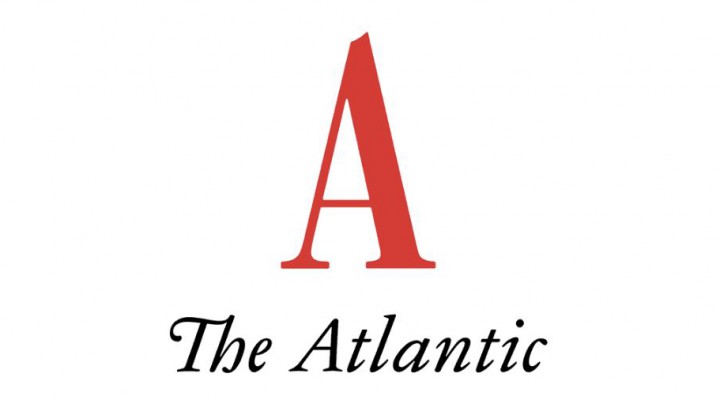 The Atlantic, which is owned by billionaire Laurene Powell Jobs and run by neoconservative war propagandist Jeffrey Goldberg, has published a pair of articles that are appalling even by its own standards.

Virulent Russiagater Anne Applebaum argues in “Fear of Nuclear War Has Warped the West’s Ukraine Strategy” that the US and its allies should escalate against Russia with full confidence that Putin won’t respond with nuclear weapons.

“Here is the only thing we know: As long as Putin believes that the use of nuclear weapons won’t win the war—as long as he believes that to do so would call down an unprecedented international and Western response, perhaps including the destruction of his navy, of his communications system, of his economic model—then he won’t use them,” Applebaum writes.

Anne Applebaum's disdain for "restraint," her insouciance regarding the nuclear threat, and her reckless call for "belief"at the end of this article, is truly chilling. This is the new McCarthyism. @PatPorter76 @samuelmoyn @QuincyInst https://t.co/tG7z6KED6O

But throughout her own essay Applebaum also acknowledges that she does not actually know the things she is claiming to know.

“I can’t prove this to be true, of course, because no one can,” says Applebaum after confidently asserting that more western aggression would actually have deterred Russia’s invasion of Ukraine.

These are the kinds of things it’s important to have the highest degree of certainty in before taking drastic actions which can, you know, literally end the world. It’s absolutely nuts how western pundits face more scrutiny and accountability when publicly recommending financial investments than when recommending moves that could end all terrestrial life.

The Atlantic has also published an article titled “The Age of Social Media Is Ending,” subtitled “It never should have begun.” Its author, Ian Bogost, argues that the recent management failures in Twitter and Facebook mean the days of just any old schmuck having access to their own personal broadcasting network are over, and that this is a good thing.

Bogost’s piece contains what has got to be the single most elitist sentence that I have ever read:

“A global broadcast network where anyone can say anything to anyone else as often as possible, and where such people have come to think they deserve such a capacity, or even that withholding it amounts to censorship or suppression—that’s just a terrible idea from the outset.”

Nothing enrages the official authorized commentariat like the common riff raff having access to platforms and audiences. That’s why the official authorized commentariat have been the most vocal voices calling for internet censorship and complaining about the rise of a more democratized information environment. These elitist wankers have been fuming for years about the way the uninitiated rabble have been granted the ability to not just talk, but to talk back.

Social networking had its problems, but the real horror was its evolution into social media (which it did without anyone really noticing).

Making connections for modest use was okay. Turning everyone into constant content creators/sinks was not. https://t.co/Ishu3HDYzG

Hamilton Nolan of In These Times posted a recent observation on Twitter which makes the perfect counter to The Atlantic’s snooty pontifications.

“The best thing Twitter did for journalism was to show everyone there are thousands of regular people who are better writers than most professionals which is why the most mediocre famous pundits have always been quickest to dismiss it as a cesspool,” Nolan writes, adding, “Best thing Twitter did for the world in general was to allow anyone to yell directly at rich and powerful people, which drove many of them insane, including the richest guy on earth.”

Of course the imperial narrative managers at The Atlantic would be opposed to normal people getting a voice in public discourse. When your job is to control the narrative, the bigger a monopoly you hold over it the better.