Shape Yourself Into The Perfect Weapon Against The Empire 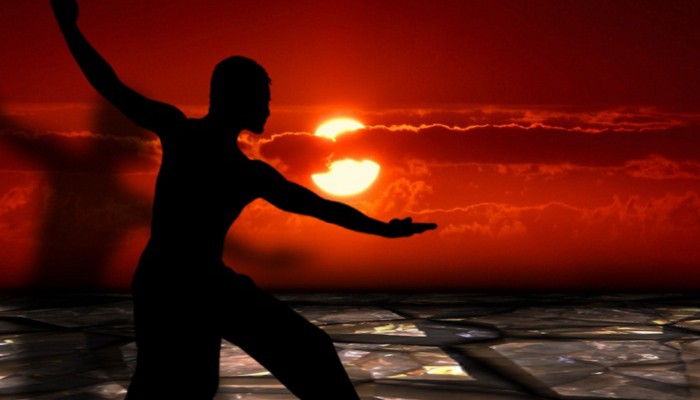 Do you want to win this thing? Actually win it?

By that I mean, do you actually want to create a healthy world instead of a world where we are ruled by lying, murderous, warmongering, oppressive, ecocidal, omnicidal sociopaths? Is that something you truly, deeply want?

It’s okay if you don’t, but be real with yourself about it.

A large percentage of the people who get involved in revolutionary political movements and criticism of establishment power structures, if they were honest with themselves, would admit that they do so not out of a sincere desire to replace the sociopathic ruling empire with something that benefits all life on this earth, but out of a desire to feel good about themselves. It’s not a real battle for them, it’s just a titillating ego game. A hobby, no different from any other.

"Politics should change you. Revolutionary thought should transform you. Dismantling establishment narratives about the world should dismantle your own narratives about yourself."https://t.co/Yu7Ll5Svuu

If this is you, that’s fine. Humanity is asleep in a whole host of ways, and it wouldn’t be fair to single you out as uniquely awful when you’re not any different from the vast majority of people. But at the very least please do try and be real with yourself about it.

If this is not you, and you really are in this fight to win it, then you should be spending every day doing everything you can to hone yourself into the perfect weapon in that fight.

As I never tire of saying, the only thing keeping the imperial status quo in place is propaganda. People would never consent to the exploitation, inequality and murderousness that is intrinsic to the US-centralized empire if they were not propagandized into consenting to it; all that is required to end that consent is to wake people up to the reality that they are being propagandized, because manipulation only works if you don’t know it’s happening.

In a military revolution you would train with your body and your weapons to fight and kill the enemy. In a psywar, you must train your mind.

You must educate your mind about what’s really going on in the world. Never stop learning, never rest in confidence that you’ve got it all figured out. You can have the feeling that you totally know what’s true or you can have a humble devotion to trying to learn the truth as best you can from moment to moment. You can’t have both.

You must hone your inner sensemaker so that you can perceive reality lucidly amid the confusion and obfuscations of a society that is saturated in propaganda.

You must train your mind to focus so that your mental energy is not diffuse. Make time each day to meditate so that you can point the full power of your mind at this battle, and learn to become present in each moment.

You must heal your inner wounds so that you don’t bleed out energy that you will need to win this fight. You need to be able to point yourself at winning this fight, and you can’t do that when you’re bogged down by inner misery and neuroses, as we all are without having done extensive inner work.

You must focus on the true fight without getting sucked up in drama and sectarianism, as ends up happening with pretty much every revolutionary movement these days. Don’t fall into any herd mentality, don’t get excited about the Hot Topic of the Day, don’t bleed out your energy toward infighting with people who basically align with you. It’s not hard to see who the real bad guys are in this world. If you’re focusing your firepower on anyone but them, then you’re inadvertently revealing that you don’t truly care about this fight.

People have been asking me for some advice on how to get started doing what I do and building an audience, so here are a few tips I've picked up on this weird and wonderful journey.https://t.co/UsgCGKiF6E

You must do these things while practicing to become an effective soldier in the decentralized guerrilla psywar against the propaganda of the plutocrat-owned mass media and political class. You must do what you can to help wake people up to the reality that they are being lied to, using whatever tools you have at your disposal.

If you can write at all, write blogs. Write pamphlets. Write tweets. Write comments under influential MSM propaganda pieces.

If you can speak, make videos. Make podcasts. Talk to friends and family. Talk to strangers. Get the truth out there wherever you can.

Protest. Record. Report. Use your inborn creativity to keep finding ways to slip little messages in bottles into the narrative matrix informing people that they are being deceived.

Keep honing yourself in all of these ways, and you will get better and better at it. You will probably suck a bit and make a bunch of mistakes when you first start. Lord knows I did. You’ve got to fight through that awkward learning stage as you hone your weaponry.

"73 percent of Americans hold an unfavorable view of China, up from 47 percent just two years ago"

You are infinitely more qualified to report the news than all the scumbags in the mass media who are paid by billionaires to parrot government lies. I mean that 100 percent literally. If you’re not being paid by the wealthy to lie to the public, you are more qualified to report the news than those who are. Doesn’t matter if all you have is a smartphone and a Twitter account; you are set up to be a better news reporter than them.

You know all that space mass media reporters take up in society’s awareness proclaiming what’s true and what’s going on in the world? That’s your space. They usurped it. Take it back from them. The MSM have betrayed humanity to an unforgivable extent. We must move into that space, and use our collective voices to cripple the establishment propaganda machine.

Mainstream media reporters have a much higher body count than all serial killers and terrorist organizations combined. They do not deserve respect, and their institutions should not exist. Take their power away from them, bit by bit, grain by grain, by becoming better and more influential than they are.

Do this by mastering your weaponry. Do this by honing yourself into the perfect enemy of empire.

Thanks for reading! The best way to get around the internet censors and make sure you see the stuff I publish is to subscribe to the mailing list for my website, which will get you an email notification for everything I publish. My work is entirely reader-supported, so if you enjoyed this piece please consider sharing it around, liking me on Facebook, following my antics on Twitter, throwing some money into my tip jar on Patreon or Paypal