HOME / SOCIAL/CULTURAL / Separation Is The Largest Religion In The World

Separation Is The Largest Religion In The World 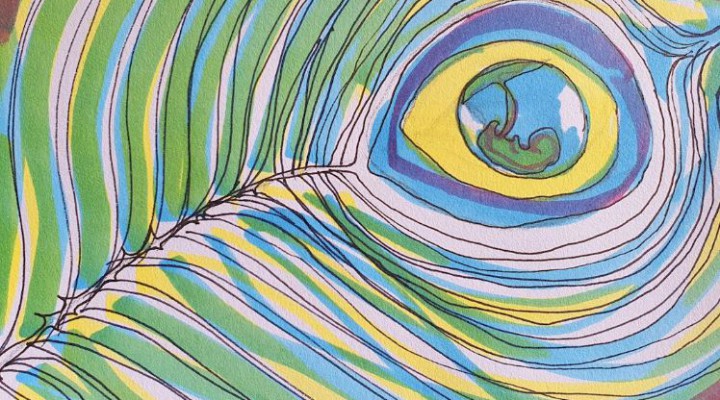 The largest religion on earth is not Christianity or Islam: it’s the widespread, faith-based belief system which holds that humans are separate from each other and from the world.

Humanity is becoming less religious as awareness expands that religions are nothing but a collection of unhelpful and unevidenced belief systems. In the same way, and for the same reason, humanity may one day do the same with the belief systems about self and separateness to which nearly everyone on earth is presently a devout adherent.

Upon close inspection there is nothing which tells us that self and separateness are real in any meaningful way. The human organism is inextricably interwoven with its environment, from which it must continually draw sustenance or perish. Science tells us that when you zoom in on the smallest and most fundamental components of matter it becomes clear that life isn’t happening at all in the way our mental stories describe it, and that what we normally think of as “objects” and separate “things” are more like loose relationships of particles and energy which have no clearly definable boundaries between where they end and the rest of the world begins. Neurology can’t point to any part of the human brain where a separate self could be said to reside.

Even in our own actual experience, self and separation are nowhere to be found. We talk about “me” and “mine”, “them” and “theirs”, and all of our thoughts revolve around this little character called “I”, but if we set aside all underlying assumptions and really investigate for ourselves it turns out that those beliefs rest upon a lot of unexamined premises.

What I am — what you are — has no discernible boundaries to be found. It can’t be said to be separate or separable from anything in experience, but is at the same time far beyond and prior to them. It is boundless, timeless, inconceivable, imperceptible, and inseparable.

Once this is clearly recognized, so much of the anguish and discomfort of human life falls away, because the organism isn’t trying to be a “me” anymore. Isn’t role-playing as this separate character moving through spacetime who is responsible for what happens in that character’s life story. And from there a kind of graceful harmoniousness comes in over the way that organism moves in the world. The kind of graceful harmoniousness which, if it occurred in more humans, would end humanity’s self-destructive behaviors on this planet.

When the energetically held belief in a separate self falls out of the human organism, it’s seen that that’s all “I” ever was: a belief. An unquestioned erroneous assumption, born of early childhood fears and desires and the way we were trained to think and talk about life by the humans who got here before us. And that belief system can be set aside, in kind of the same way one can set aside the belief system about a Nazarene carpenter who lived two thousand years ago having tremendous relevance to your life here and now — except vastly more far-reaching and consequential.

Most of the suffering experienced in the life of the average human will be of the psychological variety: stress and anguish over believed stories about a separate self who has never at any time actually existed in real life. In much the same way, most of the destructive behaviors of our species on this planet are also the result of believed mental “me” stories.

Our planet is being choked and stripped bare in order to feed the insatiable desire of the ruling class for more wealth. Those agendas are being facilitated by rank-and-file workers who are manipulated and coerced into turning the gears of ecocide by mass-scale propaganda designed to keep us all divided, fearful and confused so we don’t use the power of our numbers to force the emergence of a just society that works for everyone. Those same propaganda systems are used to manipulate people into consenting to wars and nuclear brinkmanship, easily the most insane and irrational activities ever invented by our species.

We are manipulated into continually working against each other in competition-based systems rather than with each other in collaboration-based ones. Most of our innovative brainpower goes toward trying to create some fake new demand to supply or getting the latest gadget out before our corporate competitors, or toward finding new and creative ways to kill large numbers of humans at a time. Scientists could be cooperating around the world to make it a better planet to live on while we all work together for the sake of human thriving. We can learn to collaborate not just with each other but with our ecosystem for the mutual benefit of ourselves and our biosphere.

But these aims are unattainable for a deeply unconscious species still chained to delusions about self and separation. As long as we are still driven by fear and greed and still easily manipulated by mental narrative, we will remain bound to the self-destructive patterning that is leading our species to its doom.

Been a heck of a ride either way.

0 thoughts on “Separation Is The Largest Religion In The World”