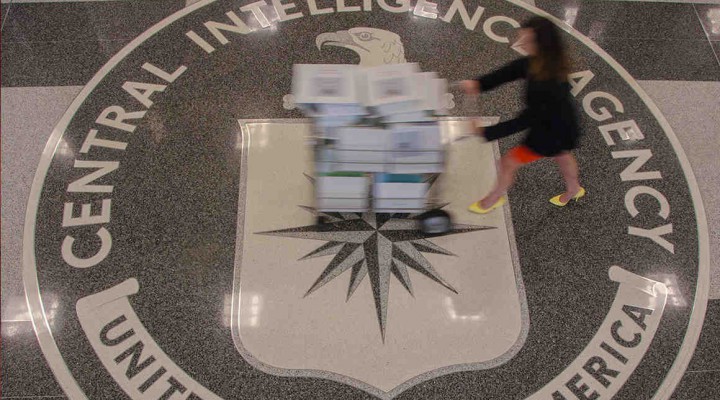 I think it would be a lot more efficient and straightforward if all English-language news media were just run directly out of CIA headquarters by agency officials in Langley, Virginia. This way news reporters could eliminate the middleman and drop the undignified charade of presenting unproven assertions by western intelligence agencies as “scoops” that they picked up from “sources”.

I mean, right now the mass media are churning out stories about “intelligence” which says Vladimir Putin has decided to invade Ukraine very soon, citing government officials and anonymous sources. We are never shown the “intelligence”, and we are never shown any evidence of its veracity; we’re simply told what opaque and unaccountable government agencies want us to believe about a foreign government. We’re not even reminded by the publishers of these CIA press releases that western intelligence agencies have a very extensive history of lying about exactly this sort of thing, and we’re certainly not informed that Kyiv appears to be ramping up aggressions in eastern Ukraine.

Seriously, look at this absurd tweet by CNN’s Natasha Bertrand:

Scoop: US and allies have new intel that suggests Russia could be planning to attack Ukraine prior to end of Olympics, contrary to previous assessments. New intel comes as officials have dramatically ramped up the urgency of public warnings related to Ukraine in past 24 hours.

That’s not a “scoop”. That’s just a news media employee repeating something she was told either directly or indirectly by the western intelligence cartel. She’s literally just telling us what an immensely powerful spy intelligence agency told her to say. And that’s become the norm for mass media reporting on all nations the western power alliance doesn’t like, especially Russia.

So why mess around? Why not just move CNN’s office into the George Bush Center for Intelligence in Langley and have the CIA just publish its reports directly from there? I hear CNN needs a new president anyway. That way nobody needs to pretend they’re doing news reporting instead of intelligence agency stenography, the general public is clear that they’re being fed whatever story about reality the CIA wants them to believe, nobody feels like they’re being treated like a fool, plus it saves a commute for all the intelligence agency insiders who already work in the mass media.

Because it must get pretty tedious, right? Where instead of just having your CIA employer tell you to run a story you have to go through this whole song and dance where an agency officer contacts you and says “Ooh buddy, have I got a scoop for you!” and then you type up what they say in newsy-sounding language citing “sources familiar with the matter” and present it as a news story.

Clearly that’s not news reporting. Clearly it’s nothing other than garden variety state propaganda. So why not just be forthright about it? I know the CIA has a lot going on right now, but surely it can make some space in all its domestic surveillance, lying, torturing, drug trafficking, coup-staging, warmongering and assassinations for a little more state media news punditry?

Russia: We have no plans to invade Ukraine

And of course we already know the answer. Propaganda doesn’t work if its targets know they are being propagandized. It needs to be administered by institutions who the public trusts to tell them the objective truth about what’s going on in the world. If the US and its Five Eyes allies simply controlled all media through the government like overtly totalitarian regimes, their propaganda would actually be far less effective than the systems of domestic perception management they have in place currently.

The CIA is officially forbidden from operating in the United States (though as we’ve seen many times since its creation and up to the present day this is treated more as a guideline than a restriction), but what it is not officially forbidden to do is contact the media directly or through a proxy under the pretense of feeding them a news story which just so happens to advance the interests of the agency. The plutocratic media who benefit from the same status quo that the CIA protects then uncritically funnel that information into the minds of the unsuspecting public, and before you know it they’re rending their garments over a foreign government they’d previously not thought much about.

In an actual free society with an actual free press, the very idea of this would be outrageous and if such a thing ever occurred it would be immediately condemned as journalistic malpractice with severe consequences for everyone involved. In an inverted totalitarian dystopia with the most effectively propagandized population on earth, it’s just treated as normal.

Graphika: The Deep State’s Beard for Controlling the Information Age

As a former US intelligence officer, I see a red flag in the CIA’s latest anti-Russia playbook

Inflection EP24: What is the National Endowment for Democracy & Why it’s Wrong to Take their Money