People Don’t Understand How Unfree We Already Are 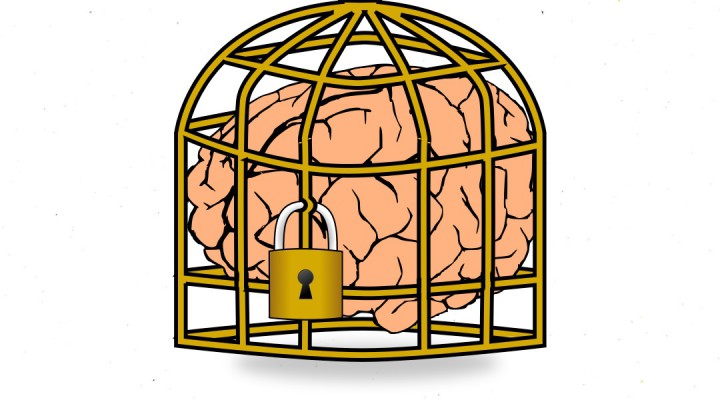 The biggest and most widespread blind spot among those who oppose totalitarian control by the powerful is the assumption that it has not already been achieved.

We’ve been so busy watching out for the next overtly totalitarian dictatorship that wants to put the jackboot on our necks we never noticed the covert totalitarians sliding the shackles around our minds.

People assume that they aren’t already behaving exactly how the powerful want them to behave within a civilization whose political, monetary and economic systems are already completely under the control of the powerful.

People think they are free because the system let them elect a “populist” like Donald Trump, even after that “populist” spent four years doing nothing but advancing the interests of the powerful.

People think they are free because the system lets them elect “progressives” like Bernie Sanders and AOC, even though those “progressives” always stop short when it comes time to challenge real power.

People spent generations arguing for the right to own guns so they can defend themselves against tyranny while the iron bars of tyranny were quietly being constructed around them the entire time.

Western leftists are so busy arguing with each other that they haven’t noticed that the left has been so effectively sabotaged, hijacked, subverted and neutered in our society that it is now little more than a glorified group chat.

Silicon Valley megacorporations have intimate relationships with powerful government agencies and those agencies are almost certainly harvesting everyone’s data to fine-tune their propaganda operations on the public based on what our information tells them about our thoughts and feelings on subjects relevant to status quo power agendas.

The science of modern propaganda has been in research and development for more than a century, which is an eternity when you think of all the advances in other military technologies that have been achieved during that time. They’re only getting better and better at this, and now the internet has given them unprecedented access to the inner workings of our collective psychology.

A wife who’s been psychologically dominated into doing everything her husband wants doesn’t notice she’s being abused, because she isn’t being beaten into doing those things; she thinks she’s doing what she wants to do.

A population that’s been psychologically dominated into doing everything the powerful want doesn’t notice that it is being tyrannized, because it isn’t being forced to do those things at gunpoint; people think they are doing what they want to do.

They’re still tightening the bolts in various ways to make sure we don’t escape our prison, but make no mistake: those prison walls are already fully constructed, and have been for a while now.

We are trapped. We are checkmated. At least, as long as our minds continue to operate in a way that can be easily manipulated.

It is possible that humanity can collectively break free from this propaganda-induced trance by means of a mass-scale psychological transformation out of our unhealthy relationship with mental narrative, and there are some signs that such a transformation may be on its way.

Maybe it is and maybe it isn’t; every species comes to a point where it either makes the adaptations necessary for its survival or it doesn’t. As the powerful use the chains around our minds to march us all toward an existential cliff’s edge of ecocide and nuclear brinkmanship, we’re about to find out which one we are.

Without Truth There Is No Freedom