HOME / SOCIAL/CULTURAL / Patriot Act 2, Censorship, And Other Notes From The Edge Of The Narrative Matrix 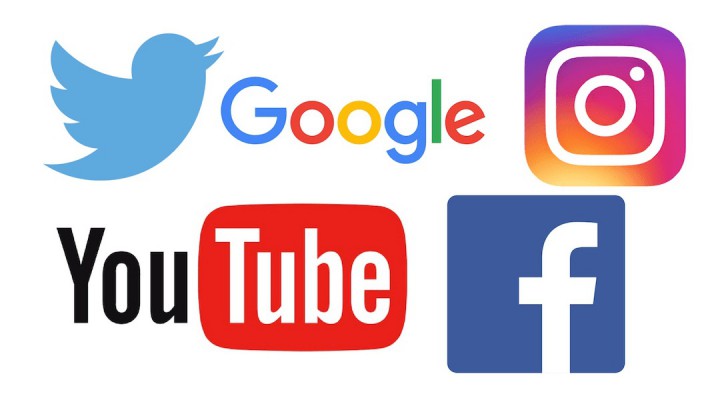 Patriot Act 2.0 will be rolled out with a lot of mindless bleating about white supremacists and fighting fascism and the actual policies and laws put into place will have virtually nothing to do with any of those things. It will be geared at preventing the revolutionary changes that need to be pushed for via grassroots activism in the United States.

Listening to US politicians and pundits the last few years you’d assume it’s been raining actual 9/11s and Pearl Harbors in America 24/7.

“Our democracy has been attacked!” screamed the political establishment that just forced you to choose between Donald Trump and Democrat Donald Trump for president.

Liberals learned the words “coup” and “insurrection” like five seconds ago and now they are academic experts on both of these things.

The narrative managers’ ability to move liberals and progressives from “Defund the police” to “MOAR POLICING” in just a few months was even more impressive than their ability to move them from “Believe Women” and #MeToo to “Tara Reid is a lying grifter”.

Here’s how politicians, media and government could eliminate conspiracy theories if they really want to:

To support the censorship of online speech is to support the authority of monopolistic tech oligarchs to exert more and more global control over human communication. Regardless of your attitude toward whoever happens to be getting deplatformed today, supporting this is self-destructive.

I don’t share people’s magical fascination with the word “tolerance”. As far as I can tell it’s an empty and irrelevant concept. This isn’t about tolerance, it’s about trusting government-tied tech oligarchs to regulate speech around the world on monopolistic speech platforms.

The future of humanity depends on our ability to wake up a critical mass of people to how fucked things really are, and if speech which doesn’t conform to establishment orthodoxy is censored on the platforms the mainstream crowd use to share ideas, that will become impossible.

“We need to stop fascism so let’s give massive sweeping powers to an elite alliance of unelected authoritarians.”

“Well I’m a leftist and I haven’t been banned on social media.”

That’s because the left is politically impotent in our society. Unless this is just a hobby for you, at some point you should plan on the left becoming a threat to the oligarchs and warmongers. What do you think happens then?

Do you really think if the left actually becomes a threat to the status quo the Neera Tandens and Rachel Maddows aren’t going to suddenly discover a reason why you’re dangerous and need to be censored? The only way to be fine with censorship is to plan on never challenging power.

Tech billionaires are not on your side, and neither are the government agencies and plutocratic media leaning on them to implement censorship. Those institutions don’t give a shit about silencing the right, they want to implement measures to silence you. The left is being censored already, but it hasn’t seen anything yet.

“As a leftist I’m fine with censorship because it’s not like the leftist revolution is going to be organized on social media.”

Social media isn’t for organizing the leftist revolution you bonehead, it’s for creating more leftists. It’s for reaching the mainstream.

A leftist’s first and foremost job is to create more leftists. If the left becomes a potent political force, all the censorship protocols they’ve been putting into place these last few years will be used to stop it from infecting the mainstream herd. You shouldn’t want this.

Trying to stop fascism by making it invisible is like trying to avert a charging bull by putting your hands over your eyes.

If you want to stop the rise of fascism you need to change. Change your sick society. Profoundly. Not just cover up the manifestations of that sickness. Compartmentalizing and covering up the problem instead of pouring money and resources into creating a healthy society which addresses the underlying problems is the most shitlib thing ever.

Saying you are free to leave these monopolistic platforms and go to some fringe website no one uses is the same as saying you are free to dig a hole and yell into it. There is no magical free market solution to this problem, because the problem is that imperial power structures are deliberately herding people onto monopolistic speech platforms that they can then censor under the guise of terms of service.

All of the most critical factors determining what people’s lives are like are invisible now. Most people don’t even know they’re happening. Oligarchy. Neoliberalism. Imperialism. Used to be you knew who the king was, and he’d openly do anything he wanted. Now that’s all kept carefully hidden.

Why is it kept hidden now? Well there are a lot of factors, but mostly it’s because the rank-and-file public discovered guillotines. Ever since then your rulers are out of necessity kept hidden from you, and so is their totalitarianism.

The US government is the most evil and destructive force in the world. Not Trump. The US government. This will not change in any meaningful way when Trump leaves. Massive amounts of manipulation have been poured into keeping you from seeing this.

0 thoughts on “Patriot Act 2, Censorship, And Other Notes From The Edge Of The Narrative Matrix”