HOME / SOCIAL/CULTURAL / May All Be Revealed 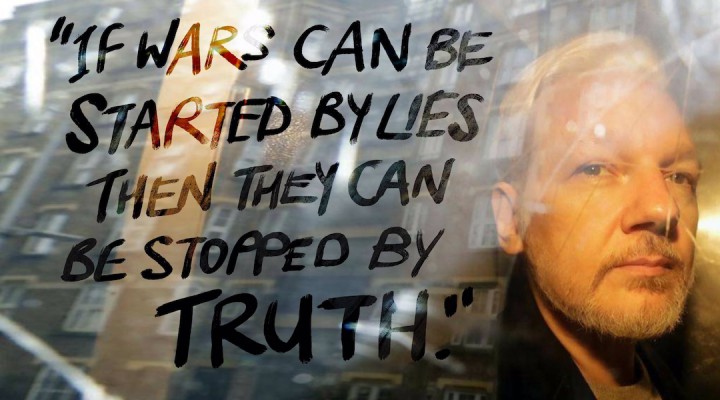 “If wars can be started by lies then they can be stopped by truth.”

“That which can be destroyed by the truth, should be.”

Human life is confusing. A human’s purpose in life is to make it less so.

The healthiest desire a human can have is for confusion and obfuscation to be replaced with clear seeing. This means wanting the truth to be revealed, whether it be for matters as large as the global-scale agendas of secretive power structures, or matters as small as the delusion-based mental habits hidden in your own subconscious. For the lover of truth, it’s all the same desire.

The world’s healthiest people want all truth to be revealed no matter how inconvenient it might be. In themselves, in their relationships, in their community, and in their world. They want government documents leaked, they want whistleblowers exposing the malfeasance of corporations, they want dynamics of abuse seen and recognized, and they want unconscious conditioning patterns made conscious and healed.

The world’s sickest people want truth to be hidden wherever it’s inconvenient. In themselves, in their relationships, in their community, and in their world. They want governments and corporations to become more opaque and for the whistleblowers and journalists who expose them to be punished, they want abusive dynamics to remain hidden behind a veil of narrative control, and they want unconscious conditioning patterns to remain as unconscious as possible.

“May all be revealed.” This is the most sacred desire of every true revolutionary. Of every sincere political activist. Of every honest conspiracy analyst. Of every authentic seeker of enlightenment. Of every real psychonaut. They all want the truth, on truth’s terms, come what may.

Those who live truth-based lives with the intention of bringing truth to the light will embrace it in whatever form it ends up taking, even if it makes them look bad, even if it proves they’ve been completely wrong about absolutely everything. Those who’ve lived untruthful lives have a vested interest in keeping truth hidden at any cost. These mutually conflicting interests often set these two very different types of people at odds with one another. If you have led a life that is fully dedicated to truth, you will have already experienced this.

“May all be revealed” is the most healthy and egoless desire you can possibly have for the world, because when you have it you’re not claiming to know what’s best for everyone, and you’re not trying to bend the world to your will. You simply want the truth to come out into the light, whatever it may be, from wherever it has been hidden. You have no preference for what the truth will look like when it’s revealed, nor any agendas for responding to it. You just want the truth. Full stop.

If people could really see what’s going on in our world it would quickly solve all the problems humanity now faces, because the problems humanity faces are not just due to wicked people doing wicked deeds. Our problems are due to wicked people doing wicked deeds in secret, while deceiving the public about what’s really happening. If humanity was able to simply free its information ecosystem from the noise pollution of disinformation and manipulation so we could all see clearly what’s happening, we’d be able to navigate our way through our troubles and create a healthy world.

This is why I don’t put a lot of energy into advocating any particular societal structure or any way of getting there. A lot of leftists have some very rigid ideas about what sort of society we should be living in and what revolutionary means will be required to attain it, but I don’t. I advocate for the elimination of mass-scale perceptual distortions like propaganda, censorship and government opacity, and I trust that once we’re able to see clearly what’s really going on and share information with each other we’ll collectively organize into whatever formation we need to take to overcome the existential hurdles we’ll face on each given day.

It is obvious that the sociopaths who are steering our species toward climate collapse and nuclear armageddon are not going to turn this ship around on their own accord. It is also obvious that we ordinary folks as a collective won’t be able to use the power of our numbers to force a change of direction as long as we’re all being manipulated by mass-scale perceptual distortions, no matter how conceptually correct we might feel Marx or Lenin or whomever may have been. What’s needed first and foremost is not more plans and agendas, but clear seeing.

That’s where we must put our intention: for all to be revealed. In ourselves, in our relationships, in our communities, and in our world. As our intention is, so will be our attention and our effort. As our attention and our effort are, so will be their fruits. We set our course for the revelation of truth by firmly resolving to help bring it all into the light, beginning right here and now with our own minds and our own lives.

Everything is far more interconnected than most people realize. Resolving to bring that which is hidden in your own life into the light of truth will open your eyes further and further and give you the ability to spot hidden truths in larger and larger ways. The fight for humanity’s future begins at your own eyelids.

So, may all be revealed.

Whether it’s revelations that make us feel vindicated or revelations which make us eat crow.

In our culture and in our society, in our nation and in our government.

May we be brave enough to want the truth, even if it affects us personally.

Even if it makes us burn with shame, or howl with grief, or shake with anger, or just feel really dumb for a second or two.

Even if it means monsters dissolve as illusions before our eyes, or the seemingly benign reveals itself as malignant.

Even if it means making friends of old enemies or enemies of old friends.

Even if it means giving up our precious plans, or diverting off a well-worn path, or letting go of safety and comfort to allow our life to recalibrate itself into a more truthful arrangement.

Even if it means death to what I think of as “me”.

May we be wise enough to recognize truth when it arises, in whatever form it might take.

May we love ourselves enough to make the necessary changes when truth informs us that it is time to do so.

Let us see it all.

May all be revealed, come what may.

0 thoughts on “May All Be Revealed”