HOME / SOCIAL/CULTURAL / In This Disaster We Are All, Ultimately, Innocent

In This Disaster We Are All, Ultimately, Innocent 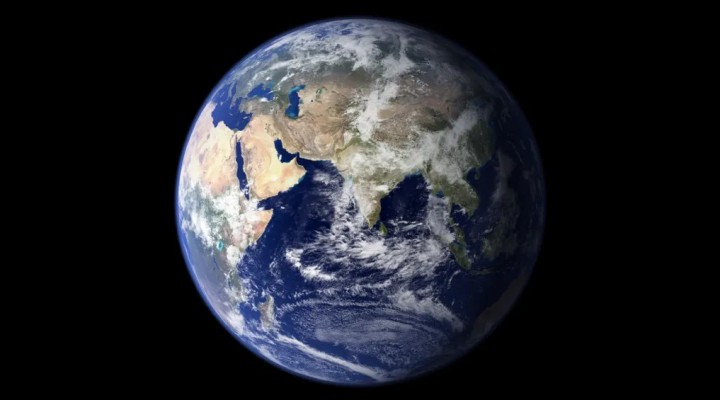 Whenever I talk about the way our species is sliding toward annihilation via nuclear armageddon or environmental disaster I always get a few people saying something along the lines of, “Good, humans are horrible. The planet will be better off without us.”

This attitude generally seems to be born of frustration. People learn about what’s happening to our world and begin to see how easy it would be to change course if not for the greed and megalomania of our rulers, as well as the obedience of the rank-and-file public and its credulous acceptance of the propaganda that keeps them accepting status quo systems, and they get frustrated. Frustrated with a humanity that just won’t come to its senses, even with all the evidence right there to be seen.

That frustration often turns to disgust as people discover that not only do others fail to see what they see, but they actively avoid looking at it even if you point it out to them. You can lay out the evidence for the corruption and unsustainability of status quo politics and the omnicidal, ecocidal depravity of oligarchic imperialism — lay it out right under their noses — and they’ll make up excuses to turn away.

One way of dealing with the psychological discomfort of this situation is to try and distance yourself emotionally from the plight of humanity and say, “Fine, screw it. Let humanity plunge into dystopia and armageddon. The sooner it happens, the better. We deserve it.”

And I understand the sentiment, but to me saying humanity deserves destruction sounds a lot like saying a drug addict deserves to overdose.

A heroin addict isn’t fully in control of their actions; if they were they would simply quit, because they know from both public knowledge and firsthand observation that it’s a destructive habit. Addiction is described — at least by anyone whose mind is worth a damn — not as a personal choice, but as a disease. Just as would be the case with any other disease, addiction is a condition over which they do not have control, because it has taken over their operating system against their will in some way.

Humanity as a whole is on much the same boat. We have a condition which makes us behave in a self-destructive way, and on paper we could technically all just collectively change course, even if a few oligarchs and empire managers tried to stop us. But we don’t, because we’re not in control.

Those with a substance abuse problem use because they don’t know how to feel okay without the substance, and if they ever overcome their addiction they will eventually discover that this was because there were unconscious forces within them which made the experience of sober life intolerable. Forces like psychological tendencies born of trauma, deprivation or dysfunction earlier in life, tendencies which might manifest as experiences like depression, anxiety or self-loathing which can become too difficult to tolerate without their substance of preference.

Human behavior likewise is driven by unconscious forces on the collective level, but instead of early childhood trauma we’re talking about our entire evolutionary history, as well as the history of civilization.

It’s a ridiculous situation, if you think about it. The story of life on this planet has been about organisms trying to avoid being eaten long enough to reproduce, and our species stumbled out of that horrifying predicament with all the same fear responses and stress hormones and now all of a sudden you find yourself sitting in a cubicle with your heart racing as though you’re running from a saber-toothed tiger because you overhear Janice from accounting gossiping about you.

The eat-or-be-eaten dynamic came crashing headlong through the dawn of a new species with a rapidly-evolved cerebral cortex and the sudden capacity for abstract thought, and all that fear and stress kept marching forward from generation to generation entangling itself with this added new element of thought, language and storytelling. This gave rise to societal constructs like religion, government, hierarchy and family power structures, all largely born of the primitive, fear-based desire to control and dominate which we carried with us from our evolutionary ancestors who lived in trees to hide from predators.

And then we showed up. We, the people who are currently alive. That’s what we were born into. That’s the wave we rode in on. And that wave is still going.

And we wonder why everyone’s so dysfunctional and self-destructive.

We never really had a chance to build a healthy world. Our ancestors went from running away from monsters with sharp fangs to burning witches and heretics to fighting world wars to giving birth to us, and that wave of fear and chaos carried forward right into our own psyches and into the psyches of everyone else on this planet without skipping a beat. If you look at where we came from and how we got here, it’s amazing we’re even as functional as we are.

And that’s what we’re dealing with here. A heritage of trauma stretching back into an unfathomably vast expanse of time, incarnating in the current form of some eight billion homo sapiens. If you zoom out and look at the big picture with this understanding, it’s difficult to find real guilt anywhere, in anyone. Even in the most abusive and traumatizing among us.

Certainly it is in our collective interest to immobilize anyone whose tendencies are dangerously destructive. And certainly establishing culpability and accountability for misdeeds is going to be an important part of expanding human consciousness and creating a healthy world, because we have to understand how and why things are going wrong before we can fix our problems. But even the most destructive among us are simply carrying forward the heritage of trauma which has been reverberating from generation to generation from the deepest recesses of prehistoric life.

Think about a mistake you’ve made in the past. A real bad one, one that makes you cringe whenever you think about it. You wouldn’t make that mistake in the same way again, would you? Of course not, because you now know things you didn’t know back then. You are conscious now of things you previously were not. Depending on how conscious you are now in relation to how conscious you were then you might repeat similar mistakes in similar ways, but you wouldn’t intentionally repeat the exact same error if you had a do-over. In that small way, your consciousness has expanded.

That’s all negative human behavior ultimately is: mistakes that were made due to a lack of consciousness. A lack of empathy, a lack of serenity, a lack of information, a lack of insight, a lack of knowledge that there are better choices, a lack of perception on what’s really going on in the world, a lack of clarity on the ways propaganda manipulates us into serving the interests of the powerful — these are all just different kinds of unconsciousness. Different ways that one can fail to accurately perceive reality.

In this churning, chaotic tidal wave of evolutionary trauma that we were all born into, the only thing we really have any amount of real control over is whether we mindlessly repeat our conditioning patterns or start bringing consciousness to them. But even that is greatly limited by how much consciousness we have access to at the time; many people are just barely treading water psychologically and don’t often have the space to pause and bring clarity to their own inner processes. A lot of people are just stumbling blindly along, and it’s not ultimately their fault any more than the blindness of an actual blind person.

So we’re all innocent, in the end. Again, we must of course push to bring consciousness to the parts of humanity that have taken a wrong turn — to the war criminals and plutocrats and managers of empire, and all other abusers and the abusive systems which elevate them. But underneath that fierce burst of light there can also be a deep compassion and understanding born of a lucid seeing of how we got here in the first place.

We’re all ultimately doing the best we can while riding the momentum of a chain of events far beyond our control which stretches backward through time all the way to the Big Bang. Everyone is playing with a lousy hand which was dealt to them by the churning tumult of evolution and history while grappling with the puzzle of mortality on a tiny blue world of unfathomable beauty that is hurtling through a universe that none of us understand.

Let’s be tender with each other.

One thought on “In This Disaster We Are All, Ultimately, Innocent”