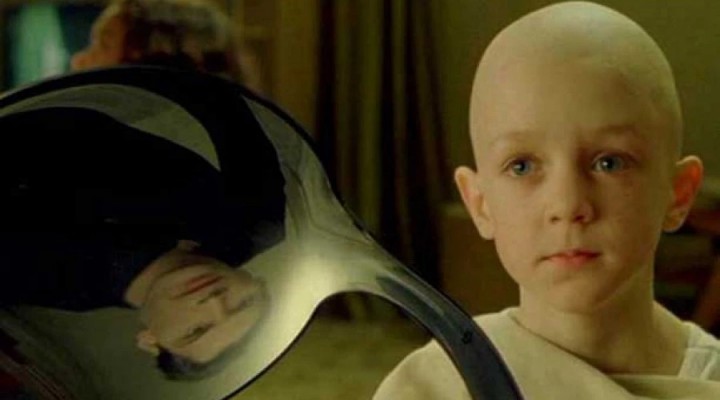 The human species is at an adapt-or-perish juncture in its history on this planet; we will either drastically change the way we operate, or we will wipe ourselves out by nuclear war or environmental cataclysm. Because we’ve been brought to this point by our unhealthy relationship with mental narrative, the adaptation we’re being challenged to make would be a collective movement into a healthy relationship with mental narrative.

We’re where we’re at because powerful people have been able to manipulate us into believing mental stories about reality which aren’t based in fact. History is one long unbroken tale of large groups of humans being manipulated by much smaller groups of humans in ways which benefit the smaller groups, and that tale continues to this day. Propaganda and other forms of narrative control are used to manufacture consent for status quo models of governance, economic and monetary systems, and foreign policy which benefit an elite few at the expense of the general population.

And what’s interesting is that underneath all the babbling propaganda stories about what’s happening in our world, humanity is indeed showing signs that we are collectively slipping out of our old relationship with mental narrative. It’s happening in the usual sloppy, awkward, two-steps-forward-one-step-back shamble which has always marked all of human progress, but it’s happening.

It’s happening in the way people are moving away from religion as we collectively discover that those ancient narratives which so long transfixed our ancestors are not necessary or helpful for finding meaning, morality and fulfillment in our lives, and as we collectively notice that doctrines about eternal reward for obedience and eternal damnation for disobedience sound made-up.

It’s happening with the rise of cryptocurrencies as people figure out that money is made up and we can change the rules whenever we want. Money is nothing more than an agreed-upon story that’s only as true as we all continue to pretend it is, a collective narrative that we can collectively rewrite at any time.

It’s happening as people figure out that a romantic relationship doesn’t need to look the way they’ve looked throughout most of our recorded history; that it’s only narrative which says one man and one woman must love and have sex with only each other throughout their lives, or even throughout their relationship. That those rules have only ever been made of empty narrative fluff and can be replaced with an entirely different set of guidelines.

It’s happening as people figure out how much narrative overlays things like gender and sexuality, that there’s nothing inscribed upon the fabric of reality which prescribes our longstanding models of men and women and what their roles are and how their sexualities should express. Rearranging societal narratives that deeply entrenched in our culture is causing a lot of chaos and confusion, and the arguments it’s bringing up are very upsetting for a lot of people, but it’s gradually working itself out as people pick through the narratives and sort out fact from story.

Indeed each issue I’m describing here has brought in its own set of quandaries, challenges, bad faith actors and abuses that had previously been avoided under the old models, but it’s not like the old models have been free of those things either. And as we all discuss, argue, push and pull and muddle our way through these obstacles with each other, we are collectively sinking into the real important insight which underlies all those more superficial areas of contention: that our society is made of narrative, and we can change the rules whenever we want.

We’re still in the early days of this growing insight, but if you look at the conceptual rigidity we had as a society even a few decades ago around our how-it-is stories and our how-it-ought-to-be stories, it’s clear that there’s a real unravelling happening. A relaxation in our collective certainty about how the various components of our civilization are meant to look.

But it can’t stop at insights into the fluid nature of narratives around faith, money, gender and relationships. We’re going to have to unlearn the how-it-is and how-it-ought-to-be narratives we have learned about everything over the course of our entire lives.

And we are collectively moving toward that realization. We are learning as a collective and as individuals that we don’t have to be what we’ve been told we are, that things don’t have to be how we’ve been told they must be, that all the how-it-is narratives and how-it-should-be narratives we’ve been indoctrinated with are just fairy tales for adults made up by highly confused people whose only qualifications were that they got here before us.

So don’t worry when you see the old rigid boundaries start to blur and wobble. Don’t panic when you see the old stories being met with incredulity. It might look awkward and sloppy right now, but that’s just what it looks like when a thinking species begins moving into a conscious relationship with thought.