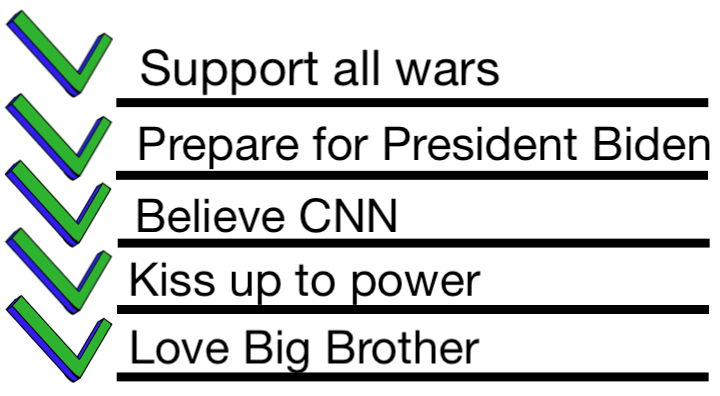 The article’s four authors boldly document the shocking, bombshell findings of a Clemson University study that “almost 30 suspicious Twitter accounts” were involved in retweeting videos of racist behavior from white Americans, and, as alert readers should all be aware by now, “suspicious” is another word for “Russian”. Since we all know that racism has never been a problem in America and only Russian agents could possibly promote such an outlandish idea, we can safely assume that anyone we see sharing viral videos of white Americans being horrible to minorities is a subversive agent of the Kremlin.

Due to the need to protect western democracy from the malign influence of Moscow, it has become increasingly necessary for patriotic citizens to call attention to these nefarious propagandists so that social media users don’t become hypnotized by their soul-corrupting memes. This is why you will very often see alert netizens sounding the alarm online whenever they catch someone doing something Kremliny, such as expressing skepticism of western intelligence agencies or criticizing Kamala Harris. Here are five things you can do to avoid being caught in the crossfire of this vital information war and getting labeled a Russian agent yourself:

1. Always support all actions of the US military and its allies.

There’s only one person who benefits from skepticism toward the activities of western military forces, and that’s Vladimir Putin. Nobody but a GRU agent would question the fact that our brave men and women in uniform are out there fighting for freedom and democracy in the highest interest of everyone involved. Our trusted leaders have never lied to us about what they are using the armed forces for, and they’re not about to start now.

This rule applies to news which demonstrates the need for military action as well. If the television tells you that Bashar al-Assad has dropped poison gas on an area full of children and video cameras, and you find your mind quibbling over details like the absence of any strategic reason for such a thing, just relax and keep watching. This is just your mind trying to turn you Russian. The TV will straighten you out.

2. Believe everything the news reporters tells you.

The best way to thwart this sinister plot is therefore to place as much trust as possible in authoritative news bodies which, unlike Russian media, have no record of circulating fake news or propaganda at any time ever. There is a fully diverse range of trusted media outlets for you to choose from, varying all the way across the entire political spectrum from politically conservative outlets like The Wall Street Journal and Fox News, to highly progressive news outlets like The Washington Post and MSNBC. There’s something for everybody!

3. Accept Joe Biden as your Lord and Savior.

This rule also applies to the surrogate Joe Bidens waiting in the wings in case Plan A falls through. No objecting to President Kamala, President Liz or President Beto, either. If the DNC decides that that’s what’s best for you then you’ll vote for it and say thank you, you insolent little shits.

4. Kiss up to power, kick down at the oppressed.

The unwashed masses want to take from your leaders what is rightfully theirs. The unwashed masses have been hypnotized by Russia. They do not know what is best for them. They are useful idiots. It is your job to correct their thinking, loyal citizen. Correct them as forcefully as necessary.

It is common knowledge that the White House has been infiltrated by the Kremlin using a complex scheme involving hackers, Facebook memes, Trump Tower, and urinating Russian prostitutes. All of America’s problems began at that time, whether they be racism, gun violence, deportations, Republican Party corruption, or political divisiveness. Any attempt to trace any problems to any time prior to January 2017 or any location other than Moscow is Russian. If we get rid of the Putin Puppet, we solve all of America’s problems forever.

If you meticulously follow these five steps, loyal citizen, you can be sure to avoid ever being labeled a Russian agent. Probably. Maybe. Depends how obedient you are. I wouldn’t worry about it.