Don’t Be Crushed By Your Own Belief System 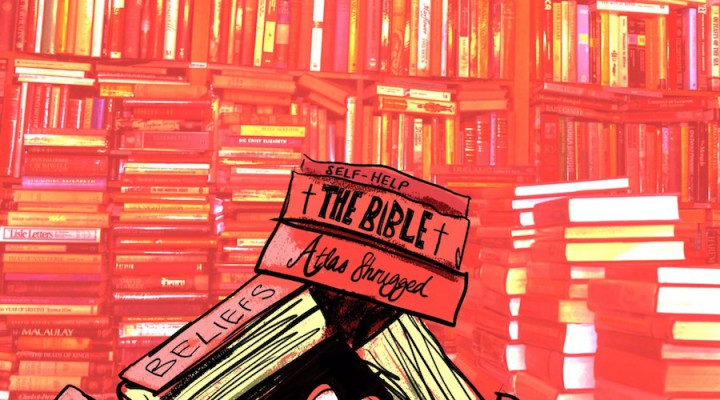 We’ve all known people who’ve changed their belief systems. Whether it’s switching political ideologies or converting to a new religion, we’ve all witnessed with our own eyes that people have the ability to willfully change their beliefs. Unless you’ve been living an incredibly boring and immature life, you’ve probably made such a change yourself at some point, too.

What’s very, very strange, and very very unfortunate, is that when such changes in belief systems occur it tends to go unnoticed and underappreciated just how significant it is and how enormous its implications are. We discover that we have this incredible superpower to change our beliefs whenever we want, and instead of paying attention to that superpower and what it means for our lives, we focus on the new belief system instead.

I once had a friend who converted to fundamentalist Christianity for six weeks, then dropped it like a hot potato. For those six weeks she was absolutely gung-ho, plunged fully into that reality tunnel and perceiving the world through that perceptual lens, and then she was done and moved on to something else. At no time did she ever stop and go “Holy crap! I can change my entire worldview at will! What does that mean for me and my life? What doors can I unlock with this amazing newfound ability?” Instead she focused entirely on her new belief system, then when she dropped it she just reverted to her old one.

How bizarre is that? It’s like if you were straining to reach a book on the top shelf at the bookstore, then you suddenly and unexpectedly levitated off the ground and grabbed it, and instead of paying attention to the discovery that you have an amazing superpower you got all excited to read the book and forgot all about your newfound flying powers.

Because as far as the conventional worldview we’re taught by our teachers and parents is concerned, the ability to change your beliefs at will really is an extraordinary superpower. It’s not an ability we’re ever taught we have; we’re taught in a way that assumes we’re all just floating along taking in information about the world, and whatever that information adds up to is what our belief system looks like. Even in the case of a radical change in belief systems like converting to a new religion, the fact that you’re performing an astonishing miracle by tearing down your old worldview and replacing it with a new one gets de-emphasised and re-framed as you being “saved”. It’s made to look passive. Like something that happened to you.

But it’s not passive at all. You consciously and deliberately replaced beliefs you previously held about the reality you’re living in with an entirely different set of beliefs.

That’s an amazing superpower, and everyone has it. But this extraordinary fact almost always goes completely overlooked. Someone switches from “liberal” to “conservative” and spends their time focusing on how dumb those libtards are. Someone switches from agnostic to Christian and it’s all about Jesus, Jesus, Jesus. When really, if they weren’t getting ahead of themselves and staring at the new worldview instead of noticing the amazing thing they were doing to get there, it would be all about “Holy shit! I can believe whatever I want about anything! What belief system will bring me the most happiness and wellbeing?”

Because you really can do that. You do have the ability to completely rewire your beliefs in whatever way serves you. There’s often an unquestioned assumption that we exist to serve our belief systems, but actually the opposite is true: belief is a tool that you can use to serve yourself.

One way this can make a huge difference is in your beliefs regarding yourself. Most of us form beliefs about ourselves which cause us a lot of unhappiness and limit us in a great many ways. Beliefs about being deficient, inadequate, unlovable, incapable, ugly, awful, etc, which we internalize and forget about. These beliefs about ourselves continue guiding our inner lives and our life choices unconsciously from behind the scenes, determining everything from our career paths, to our love lives, to our level of inner peace, to what kinds of things we do to make life feel less painful.

You have the ability to simply change these stories at will. You can choose to believe that you are awesome. That you are capable. That you are supremely lovable. That you are the baddest bitch in the room. You’ll experience some cognitive dissonance as one belief is replaced with another, but that will dissipate as you settle on your new belief about yourself. You don’t need to weigh a bunch of concepts to determine whether you are lovable or whatever; you can just decide that that is a true thing that you believe about yourself, and hold it as true and real.

You can also change your beliefs about the world you live in. Many people believe they live in a fundamentally hostile universe that they need to constantly be on guard against or else something awful will happen, for example. You can actually counter this belief by replacing it with its opposite: you live in a fundamentally beneficent universe that is endlessly conspiring toward your wellbeing, and any speed bumps you encounter along the way are just opportunities in disguise. Again, you don’t have to ask anyone’s permission to believe this about your world, and you don’t need to add up all the facts and decide if it’s an evidence-based belief; you can just hold it as true for as long as it serves you.

There’s no danger in picking up a new belief system and trying it on for a while, because, as my temporarily fundamentalist Christian friend can tell you, you can put them back down and replace them with something else whenever you want.

It generally serves us to have a worldview that’s based on predictable observations about how reality tends to behave on a pragmatic level; it’s useful to hold as true that getting hit by a car will be hazardous to your health and if you jump off a cliff you won’t walk on air. But those are beliefs based on practical considerations about what’s best for you, which is the same kind of consideration you can give to what type of universe you live in and what kind of person you are. You are the author of your own belief system, and the only beliefs you should hold are the ones that serve you, for exactly as long as they serve you.

Because ultimately it’s impossible to know what this strange reality is. Our ability to perceive the world is limited to a laughably small slice of spacetime, our brains process a very tiny sliver of the tiny sliver of information our senses take in, and science can’t even tell us what things like consciousness and matter are at their most fundamental level. We’re all just making this up as we go along, so rather than trying to add up a bunch of facts and figures to form a belief system about this mess, it’s much wiser to consciously and deliberately construct one which actually benefits you as a person.

Another thing you have the power to do, which I highly recommend, is to get rid of beliefs which do not serve you and replace them with nothing at all. When you notice a belief you have about the world, or about yourself, or about someone else, or whatever, you can ask yourself how that belief is beneficial to you. If you conclude that the belief harms your ability to enjoy life or to succeed at your goals, or even if it’s just not particularly useful, you can simply consciously relinquish it by ceasing to energetically hold it in yourself as true and real. You don’t actually need to replace it with another belief if you don’t want to; you can just let it exist as one big question mark.

In fact it’s possible to live life with very few beliefs, because very few of them will be useful to you at any given time. You can comb through your entire belief system and consciously relinquish almost all of it one item at a time, leaving nothing in its place but question marks. You can choose to experience life as a mystery, without holding any beliefs about what this whole explosion of sensory impressions and thoughts we experience in our field of consciousness fundamentally is. You can determine what assessments about this world are useful to hold as true to some extent (you can even choose to hold them loosely so that they can be readily dropped at any time), and then leave everything else as one giant unknowing.

Not knowing can be intimidating at first, but once you’re comfortable with it it’s very expansive and makes life extremely enjoyable. When we’re not filtering our experience of the world through a whole bunch of beliefs and labels and “knowledge”, its innate beauty can be deeply perceived. And this makes our time in this weird universe a lot more fun.

It also makes us a lot more efficacious in our interactions with other people. When we’re meeting others without a bunch of beliefs about them or ourselves, a very free-form improvisation is able to take place in real time, with your reactions based on what you’re both actually saying and doing rather than a bunch of preconceived notions. Anyone who’s ever played a fast-paced sport where you need to be fully in the moment knows how much more effective you can be when you’re not mentally trying to anticipate what will happen and going with the flow instead. With a lens free of rigid beliefs, you can flow with all of life like that.

To be able to grasp and release beliefs at will takes some practice, just like grasping and releasing with your physical hands took practice when you were little. But once you’ve got the hang of it you can create a very artful, beautiful life for yourself.

Don’t Be Crushed By Your Own Belief System