HOME / Biography / Who is “Tony Cartalucci?”

Who is “Tony Cartalucci?”

Who am I, who have people lied about for years claiming I “was,” and why I am revealing my identity now.

My name is Brian Joseph Thomas Berletic. I am a 38 year old American industrial designer living in Bangkok, Thailand since I left the United States Marine Corps and the US altogether in 2004. 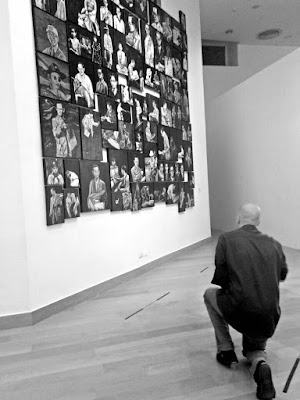 Since I began writing about politics I have used pen names to conceal my identity for a variety of very common reasons many journalists, commentators, and pundits use pen names for.

A good breakdown of these reasons can be found on The Economist’s website who also publishes their work anonymously.

Who Am I Really?

I joined the US Marine Corps at the age of 17 just days after graduating high school.

As a United States Marine, I worked as an Electro-Optical Ordnance Repairman, a highly technical speciality that involved work on armored vehicle fire control systems, thermal and passive night optics, the TOW and Javelin anti-tank missile systems, and virtually any other ground-based weapon system that utilized either electronics or optics.

While I had initially supported the US invasion of Afghanistan it was about the time the US began preparing for war with Iraq that I began waking up to the reality of US foreign policy.

I left the US Marines and the US itself to live in Thailand – a nation I had visited in the military as part of the annual Cobra Gold training exercises.

Thailand’s unique culture, history, and specifically Thailand’s King Bhumibol Adulyadej (King Rama 9) who spent his life promoting self-sufficiency, technical knowledge, and practical solutions inspired me to do something practical with my own life – leading me to study and work as an industrial designer. So in this way, Thailand’s King Rama 9 changed my life and gave me purpose – not only in ways that I could provide for myself and my family, but in ways that were fulfilling.

I have used my skills not only to make a living for my family and I here in Thailand, but also to help the community around me including a project aiding local hospitals and medical staff in the design and local manufacturing of healthcare solutions utilizing 3D design and 3D printing.

But in my “other life” since about 2009 I have also been involved in geopolitical analysis writing under the pen name “Tony Cartalucci” along with several others. I operate several blogs including LandDestroyer.blogspot.com and AltThaiNews.blogspot.com. The need for multiple accounts arises from obvious and continued attempts to censor my work. For example, AlThaiNews links are blocked by Twitter.

I also proudly contribute to New Eastern Outlook, a Russian-based journal focused on Eurasia. While critics claim that working for Russian media is somehow “wrong” – it was outfits like CNN, Fox, and the BBC who lied the Western public into the wars in Iraq, Libya, and Syria while Russian media opposed them all – raising facts at the time the Western media hid – facts that are now admitted even by the Western media itself.

My primary expertise is exposing US interference and military aggression around the globe and my main motivation was opposing US aggression like in Iraq from victimizing another country – including my adopted home – Thailand.

I used a pen name primarily to protect my family from the attacks I regularly come under from not only ordinary people who support US interference and war around the globe, but also the Western corporate media itself.

Why I am Giving Up my Anonymity

Being anonymous at this point is more of an obstacle than an asset. Twitter and Facebook not only deleted accounts created under my pen names, erasing years of work and thousands of followers, but also erased my real accounts I used to promote my community work in real life. This means that my real identity is already known. By coming out now, I am actually providing more protection for myself and my family than by staying semi-anonymous. 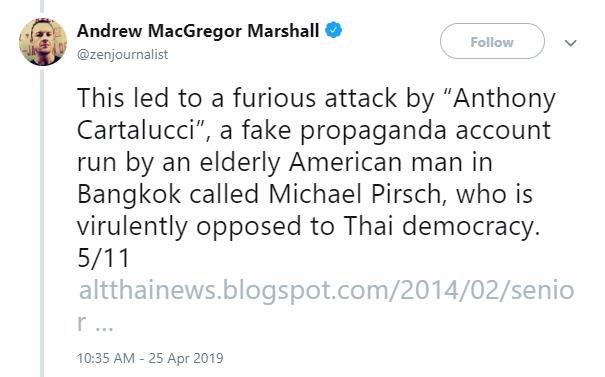 Also since  around 2014 ex-senior Reuters correspondent Andrew MacGregor Marshall began claiming I was Michael Pirsch – an elderly American expat who at that time wrote 2-3 articles under his real name and heavily relied on my work as a source. There was never any evidence, yet this lie took deep root among MacGregor’s followers and even across the Western corporate media – at great cost to Michael Pirsch himself. 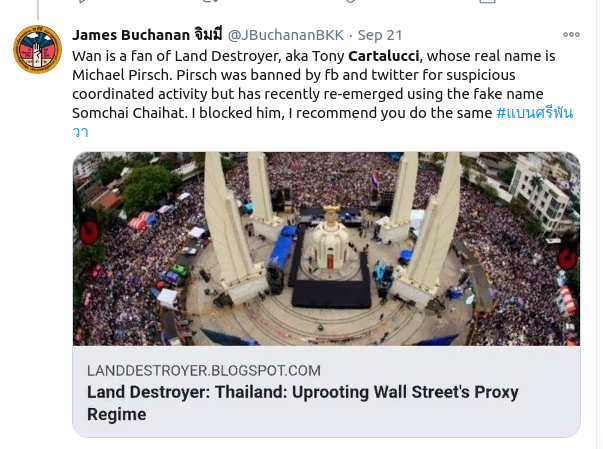 Everyone from the BBC, AP, AFP, and Reuters to smaller pro-Western organizations like Asian Sentinel to local opposition media here in Thailand repeated this lie. People like Andrew MacGregor Marshall and James Buchanan are regularly invited on by Western corporate media outfits like the BBC and Al Jazeera as “experts” and will likely continue to be invited on despite having zero credibility and being exposed once again as liars. 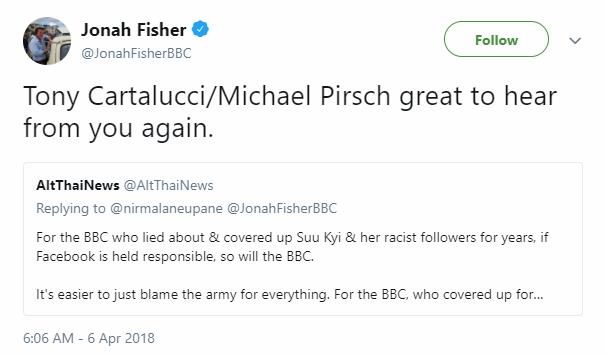 Now, I will be able to openly speak up about US interference and military aggression publicly, and in ways that cannot and will not be censored. It will allow me to give interviews to media networks around the globe and create content with an impact that mere articles cannot have – while reaching much wider audiences.

I have admired the courage of others who have come forward and fought their fights publicly and for the benefit of the truth, peace, and stability. I want to join this fight more directly and in a way that is more impactful.

For my critics who will undoubtedly continue their attacks and invent new lies about me – I have only this to say – if you lied for years claiming I was “Michael Pirsch” with absolutely no evidence at all – who at this point is foolish enough to believe anything else you have to say about anything, ever again?

One thought on “Who is “Tony Cartalucci?””