HOME / WORLD / US-Singapore Relations: Being of Use vs. Being Used

US-Singapore Relations: Being of Use vs. Being Used 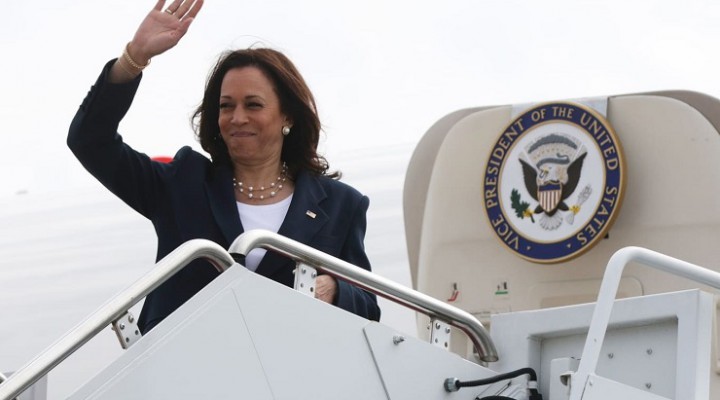 The tiny Southeast Asian city-state of Singapore serves as a sort of bellwether for a multitude of trends from economics to geopolitics. The Singaporean government is able to quickly and flexibly adapt to changing trends, more so than anywhere else, because of its small size – an advantage that Singapore enjoys and which compensates for its many disadvantages as a small city-state of only 5.7 million people.

The most recent example of Singapore’s role as an economic and geopolitical bellwether was during US Vice President Kamala Harris’ tour of several Southeast Asian nations including Singapore. The visit itself, as well as how Western and Chinese media covered it, speaks volumes to the changes we are seeing in the Indo-Pacific region and how well or poorly America’s strategy of encircling and containing China is going.

AP in its article, “Harris meets with Singapore officials to begin Asia visit,” would begin by claiming:

The White House on Monday announced a series of new agreements with Singapore aimed at combating cyberthreats, tackling climate change, addressing the COVID-19 pandemic and alleviating supply chain issues. The announcements coincide with Vice President Kamala Harris’ visit to the region, as part of the Biden administration’s efforts to counter Chinese influence there.

The article spends several paragraphs describing otherwise ambiguous “partnerships” and “agreements” discussed, made, or deepened during the visit and then doubled down on emphasizing “countering China,” saying:

Harris’ Southeast Asian trip, which brings Harris to Singapore and then later to Vietnam this week, is aimed at broadening cooperation with both nations to offer a counterweight to China’s growing influence in the region.

The article notes that Singapore hosts a US naval presence but that it also seeks to maintain strong ties with China. This is not surprising as over 70% of Singapore’s population is Chinese and Chinese citizens have been coming to Singapore for years to study and work and more importantly, learn from Singapore’s technocratic and meritocratic style of governance.

Beijing’s non-interference approach to foreign policy and its business-first emphasis provides it an advantage over Washington’s insistence on injecting itself into everything from domestic politics under the guise of “human rights” advocacy, to pressuring nations in the region, including Singapore, to join it in transforming ordinary maritime disputes in the South China Sea into a regional or even international crisis.

Singapore’s small size means that it must bend with the geopolitical wind in terms of both strength and direction. During the ongoing COVID-19 crisis, Singapore’s policies reflected America’s still very strong grip on global pharmaceutical production and distribution.

In other fields, however, especially in terms of economics and geopolitics, the US is faltering, and as it does, Singapore’s stance has begun to increasingly reflect this. Buried deep within AP’s article, almost toward the bottom, it finally admits:

Indeed, Singapore Foreign Minister Vivian Balakrishnan said in a recent interview that Singapore will “be useful but we will not be made use of” in its relations with both countries, and the nation’s prime minister previously warned the US against pursuing an aggressive approach to China.

Southeast Asia counts China as its largest trade partner, investor, source of tourism, an increasingly important military and infrastructure partner, and – in general – the engine of growth and development for the entire region. Singapore is no exception, and thus does not seek nor desires America’s “counterweight” to what Singapore itself sees as constructive ties it will benefit from by expanding further.

Next, let’s take a look at how Chinese state media presented US Vice President Kamala Harris’ visit to Singapore and the notion of the US providing a “counterweight” to Singapore-Chinese ties.

The Global Times in its article, “Singapore draws line between ‘being useful’ and ‘being made use of’,” in title alone skips past the protocols and pleasantries AP attempted to focus on in its article, and gets directly to the heart of Washington’s true purpose in sending Vice President Harris to Southeast Asia – recruiting nations into its encirclement and containment policy versus China.

The article’s first paragraph says it all:

As a quasi-ally of the US, Singapore’s stance toward the US and China is telling. Singapore’s Channel News Asia released on Sunday an interview with Vivian Balakrishnan, the country’s foreign minister who said Singapore will “be useful but we will not be made use of” in its relations with both China and the US. He also said Singapore will not become “one or the other’s stalking horse to advance negative agendas.”

The article distills the matter further by stating:

The US has ratcheted up efforts to win over Southeast Asian countries, manifested by Harris’ visit to Singapore and Vietnam and other senior US officials’ tours to the region in the past two months. Yet it will only enable Southeast Asian countries to see that the US is taking advantage of the situation and only focusing on its own interests. Washington does not view them as real partners, but as tools it can exploit to serve its strategies. The US debacle in Afghanistan is the very example that when the US finds it not cost-effective, it will only abandon its allies or partners without hesitation.

And it is very difficult to argue against this very important point.

The US spent two-decades occupying and running Afghanistan. After twenty years, what the US “built” in terms of “reconstruction” collapsed almost overnight and those it had promised to back as American allies found themselves clinging to US aircraft attempting to escape a country the US used, abused, and is now in the process of discarding.

Worse still for Washington’s reputation as a “reliable partner,” China has already begun real reconstruction in Afghanistan – even before the US has completed its withdrawal. Roads, rail, and factories are already in use and standing-by for a greater commitment and expansion from Beijing and Chinese enterprises both state and private after the US fully withdraws.

The difference between US contractors and Chinese enterprises is that US contractors came to Afghanistan to fulfill specific projects and would then leave to spend their money back home. Little concern was given to whether or not these projects succeeded – and in reality – if they failed it would only mean more lucrative contracts in the future to try again.

For Chinese enterprises, the idea is to do business in Afghanistan. Peace, stability, and well-developed infrastructure, and a well-developed, prosperous market among Afghans are the keys to their success.

Thus we see a perfect example of how the outcomes of partnerships with either the US or China are designed into the actual processes involved in these partnerships. The US pursues a purely exploitative model which could not even really be accurately described as a “partnership.” China, on the other hand, depends on actual partnership – on win-win outcomes between China and its partners to facilitate profits and progress for its own interests.

One of these models over the past twenty years has revealed itself an absolute failure. The other has helped highlight this failure and provides an alternative for nations faced with picking the former.

There is no reason to believe US foreign policy changes at its core when its focus moves from Central Asia to Southeast Asia. In fact, it is very obvious that it hasn’t. The exact same “development” mechanisms used to loot and abuse Afghans are presented to ASEAN as a “counterweight” to China in the Indo-Pacific region. These include an overemphasis on military alliances, dependence on USAID, and interference in and even the commandeering of regional and national internal political affairs, all the unsolicited hallmarks of US foreign policy and “partnership” regardless of geography.

While over-dependence on any particular country is not desirable – and a balance in international relations is desirable – just as one seeks to balance their own diet. And just like when balancing a diet, adding poison is not an option. The United States as “the nation” represents attractive markets, a large pool of talent and hard working people – but as long as Washington is there to spike any nation’s interaction with US “the nation” with its toxic foreign policy objectives – it remains unpalatable, so much so that even tiny city-states like Singapore have begun expressing as much publicly.

0 thoughts on “US-Singapore Relations: Being of Use vs. Being Used”