HOME / WORLD / Russia Mobilizes, Referendums Underway: What Will Change and Why?

Russia Mobilizes, Referendums Underway: What Will Change and Why? 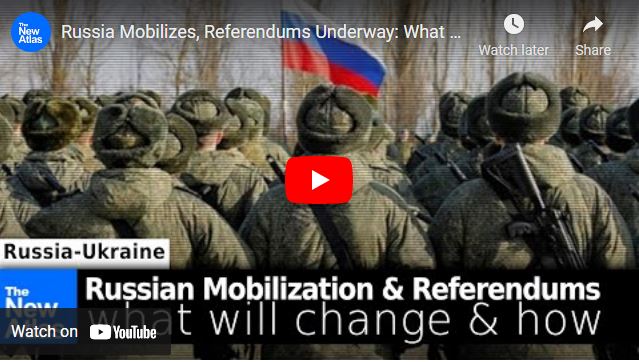 Update on Russian military operations in Ukraine for September 23, 2022

– Referendums in Kherson, Zaporizhzhia, Donetsk, and Lugansk to join the Russian Federation means future operations will significantly expand in intensity, quantity, and quality;

– This major escalation follows two very expensive offensives launched by Ukraine in what appears to have been an “all or nothing” move;

President of Russia – Article by Vladimir Putin “On the Historical Unity of Russians and Ukrainians” (July 2021):
http://en.kremlin.ru/events/president…

Sky News – Russian reserves are not trained for war – and Putin’s escalation could be ‘extremely dangerous’, military expert says:
https://news.sky.com/story/russian-re…

0 thoughts on “Russia Mobilizes, Referendums Underway: What Will Change and Why?”