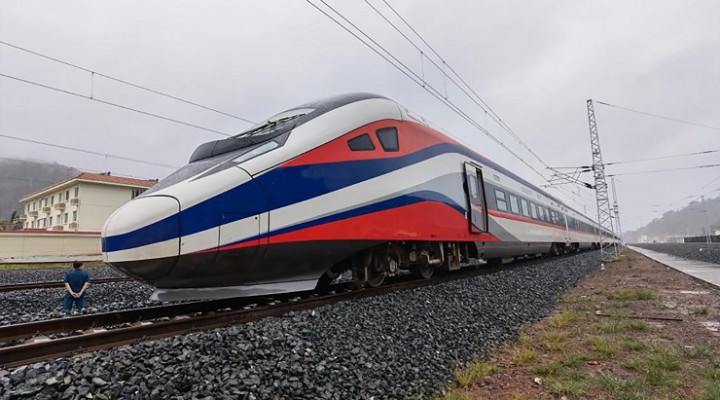 The West’s propaganda campaign against China is attempting to convince the world that Beijing and its policies pose a global threat. China is accused of everything from presenting an outright military threat to its neighbors and the world, to sinisterly trapping nations in debt for infrastructure projects the West insists are unnecessary in the first place.

However, the West’s war of words is not adding up with the reality on the ground. No example could make this clearer than the progress made with the China-Laos-Thailand high-speed railway.

Articles across the Western media have focused on debt incurred building the railway and the “influence” Beijing is suspected of seeking through financing and constructing the railway. Missing from the commentary was mention of what the US did with its own window of opportunity spanning a period of time between the end of World War 2 and the turn of the century where it exercised significant influence over the region.

Rather than build essential infrastructure for Laos and other Southeast Asian nations – the United States saturated the region with war and political instability for decades. Laos itself was more heavily bombed during the US war on Vietnam than any other nation in history with unexploded ordnance (UXOs) dropped by US warplanes still crippling and killing people in Laos to this day.

In fact, part of the construction process of the Chinese-built China-Laos railway involved clearing American UXOs along the route. Xinhua in a 2017 article titled, “UXO clearance of China-Laos railway’s 1st phase almost completed,” would report:

There is a certain irony about the US criticizing ongoing Chinese infrastructure projects in Southeast Asia which involve China cleaning up Washington’s mess from campaigns of past destruction amid a modern day campaign of construction.

Construction for the China-Laos section began in 2016 and was completed last year. The line went operational, ready to move people and freight between China and the Laotian capital, Vientiane starting in December of last year.

Only two months in operation – the benefits of the major infrastructure project are already more than obvious not only for China and Laos but for Thailand as well whose own leg of the railway – which will eventually connect Bangkok to Kunming – is still under construction.

Articles like the Bangkok Post’s, “Focus on Laos-China rail amid fruit export hopes,” illustrates how Thailand is attempting to take advantage of the opportunities offered by the new railway. The article notes:

Thailand looks set to negotiate with the Lao and Chinese governments for closer logistic and freight transport cooperation through the Laos-China high-speed train project, in the hope that it will boost fresh fruit exports.

In addition to exporting fruit to China, Thailand is looking to tap the potential of the railway to boost tourism in the nation’s northeast, a region often not associated with tourism because it is somewhat isolated and remote. This is all changing not only with the opening of the Laos-China railway but also because the Thai leg of the railway’s extension will travel through Thailand’s northeast region.

Three northeastern provinces will be promoted as a major domestic and international destination, with a focus on luring Chinese visitors via the China-Laos railway.

To put this plan’s viability into perspective, before COVID-19 stifled global tourism, more tourists arrived in Thailand from China than from all Western nations combined, constituting the largest source of tourism for Thailand annually. As movement throughout the region returns to normal, the Laos-China railway and soon the Thailand-Laos-China railway will move more tourists into Thailand and economically boost regions that have yet to benefit from tourism.

A first shipment 1,000 tonnes of Thai rice has been delivered using the Lao-Chinese railway to Chongqing, marking a new chapter in exports to China, the Agriculture and Cooperatives Ministry announced on Thursday.

Exports of other farm products using the new rail link would follow, Alongkorn Polabutr, adviser to the agriculture minister, said. He said the initial shipment of rice was carried in 20 carriages and had already reached Chongqing. More would follow.

The article would also note that in addition to the railway facilitating shipments to Chongqing, future routes would extend to other Chinese provinces as well as destinations in “Central Asia, East Asia, the Middle East, Russia and Europe,” all part of China’s ever-expanding Belt and Road Initiative (BRI).

Thailand will not be the first nation whose goods reach destinations as distant as Europe via rail thanks to China’s BRI. Vietnam is already benefiting from the China-Europe railway with shipments already regularly arriving in Liege, Belgium from Hanoi.

The Western media has attempted to perpetuate the myth that China’s BRI is a cynical vehicle for achieving Chinese global domination. Despite years of rhetoric, China’s infrastructure projects are doing exactly what Beijing said they would – give developing nations unprecedented opportunities to connect with each other and the rest of the world and rise together with China – itself a nation enjoying prosperity after years of extensive investments in domestic infrastructure.

The US and its allies have defined the 20th century and much of the 21st century through an aggressive and exploitative foreign policy involving horrific wars, crippling economic sanctions, political interference, and actual “debt trap diplomacy” via the World Bank and International Monetary Fund (IMF). Their collective resistance to China’s BRI is not rooted in genuine concern for developing nations, but in fears of their waning influence and their growing inability to corner, coerce, and exploit nations being empowered by genuine alternatives China offers toward real development.

The Laos-China railway is already delivering, both literally and metaphorically, proving the worth of China’s BRI. It is prompting nations like Thailand to consider speeding up ongoing projects built in cooperation with China and hopefully will spur both Thailand and other nations in the region to consider additional projects in the near future. For the West, only time will tell if its inability to constructively compete with China tempts it into reverting to the one thing it has excelled out without contest, destruction.

Laos’ Railway Opens: The West Kicks and Screams as China and Laos Move Forward Together

Laos: From Landlocked to High-Speed Rail-Linked

Inflection EP20: China Builds Up ASEAN, the US Bullies it…