Chilean-American Commentator Missing in Ukraine: Where is Gonzalo Lira? 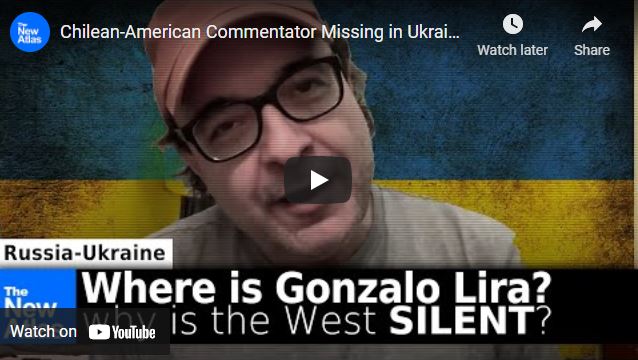 Gonzalo Lira is a Chilean-American commentator based in Kharkov, Ukraine providing an on-the-ground account of his personal experiences – and has disappeared for several days now.

Friends and colleagues fear the worst – Ukraine being a nation where journalists, commentators, bloggers, and even political opponents are jailed and killed and a nation that has waged a brutal war against its own population in Donbas for the last 8 years.

Let’s raise awareness for Gonzalo’s disappearance – demand answers from the Western media and Western governments who knew enough about him to smear him and make him a target but who are now either silent or even celebrating his disappearance.

0 thoughts on “Chilean-American Commentator Missing in Ukraine: Where is Gonzalo Lira?”