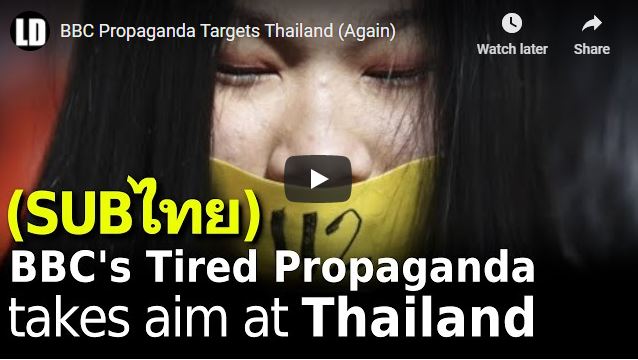 The BBC – British state propaganda which has played a key role in selling wars that have destroyed nations around the globe, ending the lives of hundreds of thousands of people and ruining the lives of millions more – has its sights set on Thailand.

I explain why what the BBC left out of its deceitful narrative regarding Thailand’s ongoing protests is much more important than anything it included in it.

The BBC glaringly omits any discussion about who is funding and backing the protests and why. A convenient omission the BBC also made when covering US-funded mobs in Hong Kong.

The BBC’s Information War on Thailand