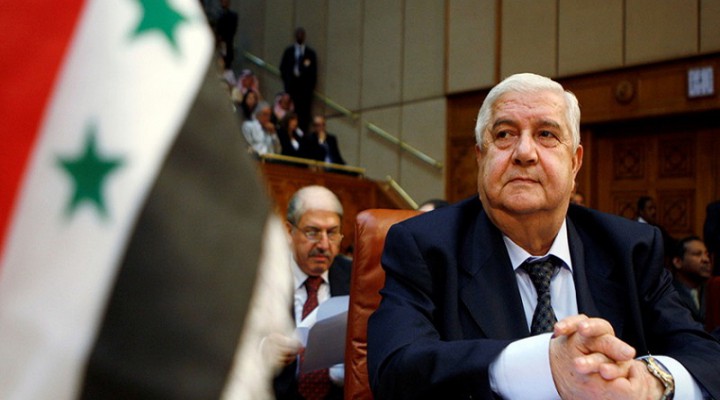 In order to appreciate his legacy, the reader must understand the complex circumstances in which he worked.

The US became the world’s unipolar superpower after the end of the Cold War right when Mr. Muallem became the Syrian Ambassador to that country. He was charged with managing Damascus’ changing relations with the world during that very difficult time. It was during that period that both countries attempted to normalize their formerly hostile Cold War-era relations. Although extremely challenging, Mr. Muallem succeeded as best as he could with his very important task.

Just before becoming Foreign Minister, Syria militarily withdrew from neighboring Lebanon in response to the domestic political changes that took place there during its Cedar Revolution after the assassination of Prime Minister Rafik Hariri. Damascus was blamed for that crime but vehemently denied it, and Mr. Muallem provided plenty of evidence in defense of his country to the United Nations. That was his first real challenge in his new post. The year after, in 2007, Israel bombed a suspected nuclear reactor in Syria, which caused a brief crisis.

Mr. Muallem also had to contend with the increasingly aggressive US military presence in neighboring Iraq. Washington had accused Damascus of supporting anti-American militias, and some voices were even urging the Pentagon to go to war against the Arab Republic. Thankfully nothing ever came out of those hawkish cries, but that’s largely the result of Syria’s diplomatic success in standing strong against this bullying. Syrian-American relations then thawed for a short period of time after Secretary of State Kerry visited Damascus in 2010.

It was after the onset of the regional regime change operation popular described as the so-called “Arab Spring” in 2011 that Mr. Muallem became a globally recognized diplomatic figure even though he arguably deserved this distinction earlier for the aforementioned reasons. Syria was victimized by an externally waged hybrid war of terror which included foreign sponsorship of terrorist groups, crippling Western sanctions, and several false accusations that Damascus used chemical weapons against its own people.

The most dramatic of the latter occurred in late 2013 and almost led to the US launching a conventional all-out war against Syria like it had against Libya just two years prior. Mr. Muallem played a leading role in resolving this global crisis, which resulted in Syria surrendering its chemical weapons stockpile to the international community. Two years later, Russia launched a game-changing anti-terrorist military intervention in Damascus’ support to help defeat ISIS, which Mr. Muallem also played an integral role in organizing behind the scenes.

All the while, he simultaneously helped Syria react to several Turkish military interventions without escalating them to the point of a larger war, the same as he did whenever Israel launched literally hundreds of strikes against his country in the proceeding years as well, to say nothing of the US-led anti-ISIS coalition’s attacks too. It took exceptional patience and restraint to avoid overreacting to those provocations like others in his position elsewhere might have done, but he kept his cool and thus helped manage those destabilizing developments.

It should also be mentioned that Syria retained its historic alliance with Iran that preceded Mr. Muallem’s tenure as Foreign Minister by several decades. He masterfully balanced between that Mideast country and Syria’s other Russian ally without playing either off against the other unlike other smaller- and medium-sized states in similarly difficult positions had historically attempted in the past with different partners. Importantly, Mr. Muallem also oversaw the improvement of Syrian-Chinese relations during this time as well.

China, Russia, and Iran are completely different countries but are all united in spirit because of their belief in a multipolar world order, which Syria also supports. Mr. Muallem proved that countries such as his can successfully bring all three of them together to synergize their efforts in pursuit of this vision. The example that he set in this respect, among the many others that were mentioned in this analysis, will ensure that he’s remembered the world over as one of the greatest diplomats of the 21st century.

0 thoughts on “Syrian Foreign Minister Muallem Was A Multipolar Visionary”