AUKUS Is Employing Psychological Terrorism To Justify Its Creation 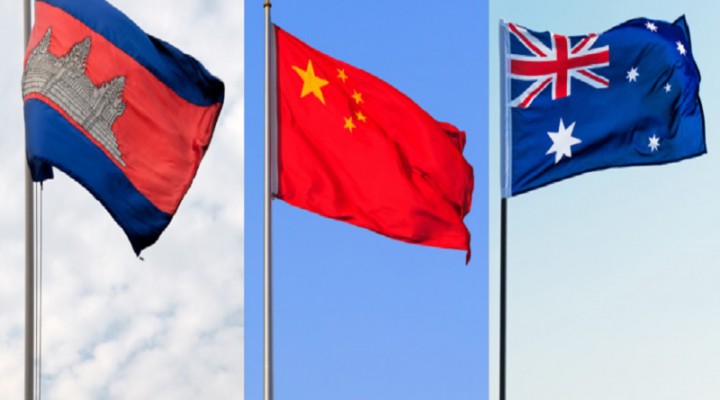 The discernable pattern is that the US initiates psychological terrorism against China only to have Australia pick it up and spread it further around the region.

Chinese Foreign Ministry spokesman Zhao Lijian described the Washington Post’s latest report about his country allegedly building a naval base in Cambodia as “psychological terrorism” on Tuesday. He denied that China’s assistance with Cambodia’s modernization of its base in Ream has any secret military motivation. Mr. Zhao also criticized the US for “ignoring the Cambodian side’s position, malicious speculation, denigrating it, even threatening and pressuring this country.”

His comments mirror those of Russian Foreign Minister Sergey Lavrov back in March when he described the US’ fake news campaign against his country as “information terrorism”. It’s therefore clear to see that both China and Russia are targets of this new method of terrorism. They’re being victimized by it because they’re the joint leaders of the emerging Multipolar World Order that the US is hellbent on stopping in a doomed-to-fail attempt to preserve its declining unipolar hegemony.

Psychological/Information terrorism is the last resort of scoundrels, though, since it’s only employed whenever the facts aren’t on one’s side. There’s nothing new with the US spreading fake news about China and Russia, but lately it’s noticeably begun amplifying its false claims in a desperate attempt to discredit them. In the latest such instance of this happening, Washington obviously wants the Southeast Asian states to become suspicious of Beijing’s regional intentions.

This information warfare narrative isn’t new per se, but it’s being propagated much more frequently than before. The fake news about a secret Chinese base in Cambodia follows earlier such claims about a similar facility in the Solomon Islands following the clinching of a soft security deal between those two countries. That psychological terrorist attack was meant to fearmonger about China in order to harden the already unfriendly Australian government’s policies against the People’s Republic.

Even though the prior government was just voted out of office, the one that replaced it is continuing its anti-Chinese policies. New Prime Minister Anthony Albanese was reported to have told journalists during a visit to Indonesia that the Washington Post’s story was “concerning”, adding that “We encourage Beijing to be transparent about its intent and to ensure that its activities support regional security and stability.”

It’s no surprise that Australia is running with this latest fake news narrative seeing as how it maximally amplified the earlier false one about a secret Chinese base in the Solomon Islands. The discernable pattern is that the US initiates psychological terrorism against China only to have Australia pick it up and spread it further around the region. This speaks to their growing strategic cooperation through AUKUS, the new anti-Chinese military alliance that those two participate in alongside the UK.

Its unexpected unveiling last September was met with regional concern, not just because it openly aims to “contain” China, but also because of its nuclear component. The US and UK plan to build nuclear-powered submarines for Australia in a move that violates the Non-Proliferation Treaty (NPT) on this technology. It immensely raises the risk of instability and could frighteningly spark a larger war by miscalculation in the worst-case scenario.

The AUKUS countries are aware of the region’s criticisms, but instead of doing the right thing by dissolving this alliance in good faith as a trust-building gesture designed to restore regional stability, they’re employing psychological terrorism against China. This unsavory tactic is intended to artificially manufacture the false pretext behind its creation after the fact by spinning this hostile bloc as supposedly being a necessary response to China’s secret naval bases in the Asia-Pacific.

With this modus operandi in mind, it’s therefore to be expected that similarly such false claims will inevitably follow, each of which is simultaneously designed to discredit China and whichever regional partner that’s also victimized by this psychological terrorism. By manipulating international perceptions about their intentions, AUKUS hopes to justify its scandalous creation as well as recruit new countries to cooperate with this anti-Chinese alliance on the false pretext of responding to China’s secret bases.

The key to countering psychological terrorism is to inform the people of those states whose perceptions are meant to be manipulated about the strategic motivations behind these information provocations. Upon becoming aware that it’s all meant to justify AUKUS, they’ll become less likely to pay credence to false reports about China. That’ll in turn lead to this irresponsible policy not only failing, but blowing back against its practitioners by discrediting them in the eyes of the region’s people.