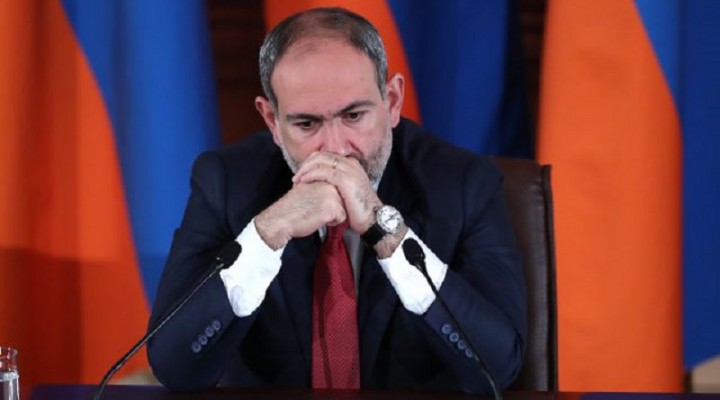 The latest clashes between Armenia and Azerbaijan occurred along their shared border in Tovuz, north of Nagorno-Karabakh. Both sides blame one another but a compelling argument can be made that Armenia was the aggressor. Azerbaijan has no dispute with Armenia over this territory and has nothing to gain by destabilizing this strategy region through which important international energy pipelines and the BTK railway pass. The Mingachevir Dam is also located nearby, and if Armenia attacked it during another war, then the consequences would be disastrous for the millions of Azerbaijanis downstream.

It’s actually for all of these reasons that Armenia has an interest in provoking hostilities in Tovuz. Its international lobbyists became even more arrogant than usual in recent years and thought that they established full control over the regional narrative. They expected that the West and Russia would believe their false accusations against Azerbaijan and put pressure on it to compromise on Nagorno-Karabakh. They hoped that the world would regard Azerbaijan, not Armenia, as a dangerous threat to regional stability and peace. This risky strategy dramatically backfired, however, since Armenia didn’t gain the support that it expected.

That in and of itself said all that was needed about the attitude of the international community to these latest clashes. They’re aware of the security relationships between Russia and Armenia on one hand, and Turkey and Azerbaijan on the other, which could lead to a larger war by miscalculation if the clashes between Armenia and Azerbaijan spiraled out of control. They also know that Azerbaijan wouldn’t ever endanger the security of its pipelines, railways, and dam by provoking clashes with Armenia in Tovuz, but that Armenia has an interest in doing this in order to attract renewed attention to the nearby Nagorno-Karabakh conflict.

Armenia made several mistakes. Firstly, it overestimated the influence of its international lobbying network. Not only did they think that they had more influence than they really do, but they thought that the West would fall for their usual narrative about a so-called “Clash of Civilizations” and therefore take their side. This is why they provoked the latest clashes shortly after Turkey’s decision to reconvert Hagia Sophia from a museum into a mosque. Although many Western countries have problems with Turkey, these countries are mostly liberal and believe in multiculturalism, not the “Clash of Civilizations”. This was Armenia’s first mistake.

The second mistake is directly related to the first. Since Armenia’s international lobbying network no longer has the influence that it used to, the world didn’t believe its claims. Many questioned whether Armenia was lying. That is why many stayed neutral. For the first time, the world wondered whether it is really Armenia, not Azerbaijan, that is the greatest threat to regional peace. Its irresponsible provocation could have had far-reaching consequences if it disrupted international pipelines and railways, damaged the Mingachevir Dam, or caused a war between Russia and Turkey. The result is that Armenia’s reputation is even worse than before.

Finally, the last way in which Armenia’s Tovuz strategy dramatically backfired is that the international community might now apply more pressure on it than on Azerbaijan. The world is now aware of the manipulative influence of Armenia’s international lobbying network. They now suspect Armenia of being a threat to regional peace. Therefore, they might now change their policies towards Nagorno-Karabakh by putting more pressure on Armenia to comply with UNSC Resolutions on the conflict and the related Madrid Principles. The latest clashes were a disaster for Armenia, and it has nobody to blame but itself.

Armenia in Crosshairs of Washington’s Tyranny