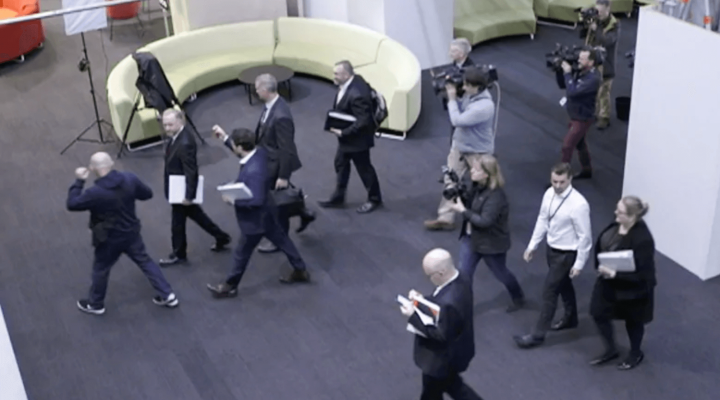 The current Australian crackdown follows the example of the United States in its charges against and attempt to extradite Julian Assange.

MPN- Since the United States charged journalist Julian Assange with 17 counts of Espionage Act violations — charges that could see Assange facing the death penalty — Australia appears to be following America’s lead and cracking down on free press, particularly journalists and publications that publish government secrets.

Australia — Assange’s nation of origin and a Five Eyes member — has conducted two raids in as many days. The first was on Tuesday, when Australian Federal Police (AFP) raided journalist Annika Smethurst’s home with a warrant to search her phone and computer.

The raid was in response to an article Smethurst published last year that used leaked documents and correspondences from the country’s defense secretary and the head of the Home Affairs Department seeking to allow the Australian Signals Directorate, which is equivalent to the U.S. National Security Agency, to spy on its own citizens.

Home Affairs Secretary Mike Pezzullo, in the leaked document, seemed to indicate that Australia had been relying on Five Eyes partners to spy on its citizens for them:

Traditional law enforcement does not have the technical capacity to fully identify, detect and disrupt systemic transnational organised crime and is ordinarily limited to dependence on foreign partners.”

The proposal would have allowed Australian spies to bypass that burden and spy on their own citizens themselves.

As with Assange, journalist/publisher may face prosecution for leaks

The police raid on Smethurst’s residence was done in response to “the alleged publishing of information classified as an official secret, which is an extremely serious matter with the potential to undermine Australia’s national security,” AFP said. The emphasis on the act of publishing, rather than the leaking from whomever blew the whistle, indicates that Smethurst may be the subject of prosecution down the road. Following the raid, AFP said it would not be arresting anyone “today.”

Australian Prime Minister Scott Morrison was grilled on the raid while visiting London. He said it “never troubles me that our laws are being upheld,” adding that the matters pertain to the AFP “and not the government.” He also refused to comment on Smethurst’s original story.

.@BenFordham on the Home Affairs Department’s leaked information that up to six boats are attempting to come to Australia: There is not a hope in hell of me revealing my sources. I work in a business that’s based on freedom of the press. 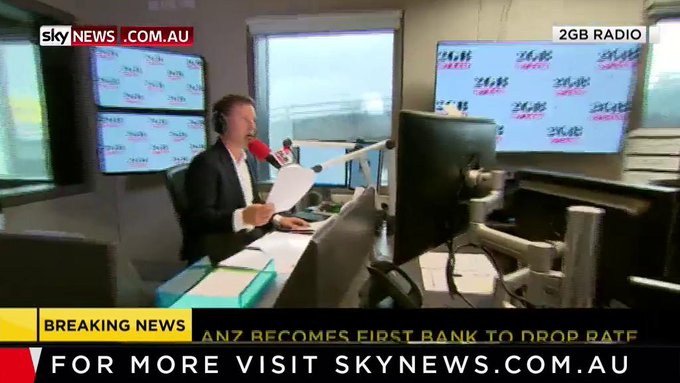 260 people are talking about this

Knocks on a second door

Hours after the raid, radio broadcaster Ben Fordham was contacted by the Home Affairs Department over a story he covered the day prior regarding a group of six boats filled with refugees attempting to reach Australia.

“We were told Home Affairs would investigate the disclosure and they would like me to assist that investigation,” Fordham said on the radio. He said he was repeatedly told that he was not the subject of the investigation and added that “there is not a hope in hell” that he would reveal his sources.

He has been contacted two more times since. On one of those occasions, he was told that the Home Affairs investigation could lead to a criminal investigation by the AFP.

15 sandwiches and 12 flat whites arrive. Raids aren’t what they used to be 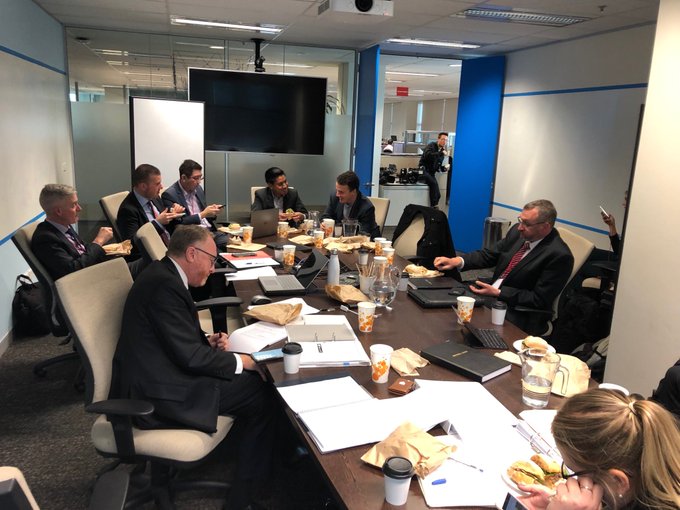 627 people are talking about this

And a third — with warrant to “add, copy, delete or alter” files

On Wednesday, AFP arrived at the ABC (Australian Broadcasting Corporation) News office with a warrant naming two reporters and the news director (Daniel Oakes, Samuel Clark, and Gaven Morris respectively). According to ABC Executive Editor John Lyons, who viewed and tweeted the first two pages of the warrant, it allows police to “add, copy, delete or alter” materials in ABC’s computers.

Morris tweeted that Clark and Oakes are two of ABC’s “finest journalists,” adding that they are “honest and committed to telling the truth… just like Annika Smethurst.”

The raid was in response to a report published by ABC that showed evidence of extrajudicial killings of unarmed men and children in Afghanistan by elite special forces. It also provided additional information on the Australian soldier who severed the hands off of dead insurgents with scalpels.

“I’ve never seen an assault on the media as savage as this… I’ve never seen a warrant this comprehensive & I’d say scary… The chilling message is not so much for the journalists, but it’s also for the public,” head of ABC Investigations @TheLyonsDen tells @PatsKarvelas #auspol 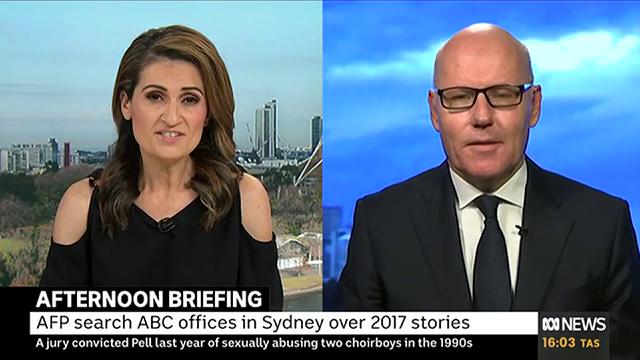 1,883 people are talking about this

According to Lyons, AFP seized 9,214 files in total. “There are six AFP officers and about four ABC lawyers,” he added. “I’ve never seen an assault on the media as savage as this one we’re seeing today.”

Lyons went on to discuss the scope of the warrant and how it allows for the deletion and alteration of ABC files. “I don’t think it is standard,” he said, adding:

Australian Federal Police have come into the ABC and have the power now to be going through those 9,214 documents and essentially deleting anything they want. They can just decide that that email, or that particular correspondence, has never existed. They can change material. They have the power to go into an email and change what anybody wrote: what a manager of the ABC wrote to the Defense Department’s media unit.”

Emboldened and not backing down

While a number of pro-press freedom groups have denounced the raid, the Australian government does not appear to be backing down.

While Australia passed “sweeping” anti-espionage laws in 2018, the current crackdown follows the example of the United States in its charges against and attempt to extradite Julian Assange. Those new anti-espionage laws allow for the prosecution of a journalist on charges of unauthorized disclosure, according to the Australian Law Council.

Nonetheless, in the case of the two journalists in Australia, as well as ABC, the raids and investigations have been conducted against reports on classified material, Assange’s bread and butter. Australian authorities are clearly emboldened to violate press freedom norms following the extradition attempt by the United States against Australia’s own citizen. Indeed, Australia’s actions against journalists this week are likely only the beginning.

Why Australians Should Fight To Bring Assange Home

0 thoughts on “Following US Lead on Assange, Australia Goes on Assault Spree Against Free Press”