HOME / Economy / The Dismemberment of the World 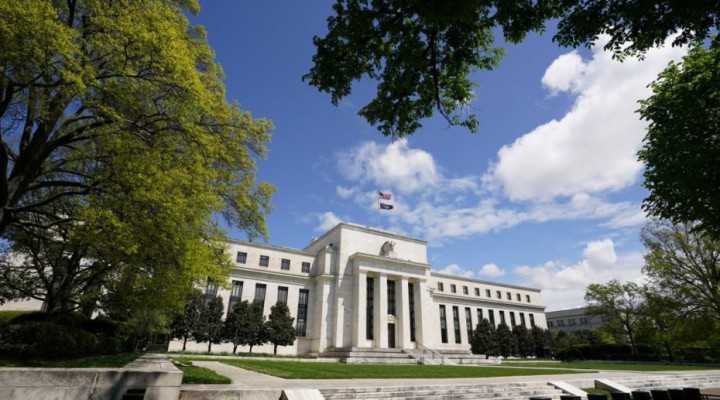 The U.S. Federal Reserve serves as the great enabler. It is the engine that drives the U.S. thrust for primacy.

The U.S. Federal Reserve serves as the great enabler. It is the engine that drives the U.S. thrust for primacy. The Fed’s ability to print apparently unlimited money; its backstopping of any amount of U.S. government spending simply removes any meaningful limits to U.S. actions. It creates a compelling illusion that there are no consequences to U.S. government actions. The U.S. smugly believes itself to be winning the trade war. It can sanction the world at whim.

As economist Mark Thornton put it in a Q&A published at the Mises Wire, America now has this President and a generation in power that has no concept of monetary restraint, and as a result, has no heed for government policy restraint – either domestically or externally. While the Fed’s policy is unprecedented and even outlandish, other G7 central banks are going to even greater extremes. By colluding in a monetary race to the bottom – each state debasing their currencies jointly and collectively – these ‘Vichy’ Central Bankers both conceal the dollar de-basement, whilst piling fuel onto the illusion of ‘no consequences; no accountability and no limit’ to the dollar’s fire-power.

So the U.S. government feels empowered to sanction China over human rights in Xinjiang, over its visa policy in Tibet, over Huawei actions, over Hong Kong – and even thinks to travel-ban the entire CCP. China’s crime? It didn’t become ‘like U.S.’ (as we had anticipated). Non-compliant Russia, like Iran, is already sanctioned up to its eyes, and in the Middle East, U.S. officials have relished the prospect of starving and financially bludgeoning Lebanon, Syria, Iraq, Jordan and Iran into line. Gulf States too – even Israel in respect to China – are required to collude in financial siege-war of one sort or another – or face having their ‘security umbrella’ cancelled.

There are many in Washington who regard this as America ‘winning’ – and good election tactics, too. There is however, old wisdom about such pursuit of a dismembered world. It is the story of Osiris. The ‘world’ then, was Egypt. Osiris had inherited the fertile Nile Delta, and his younger brother, Seth, had received only a lesser, more arid portion.

Mean-spirited and destructive, Seth aspired to ‘grasp the world’. He murdered Osiris, and hid his body; but Osiris’ wife/sister, Isis, after endless search, finally found it. Osiris was outraged and angry at her: he again seized the body. He dismembered it into parts. And had the parts hid, and spread far around distant regions. Yet Isis did it again: She ‘came back’. She found Osiris’ ‘bits’, re-assembled him, and had Apollo blow life into him. They had a son: Horus.

There are many messages in this story, but a principal one was that Seth’s dismemberment of Osiris brought only violence, instability and calamity to Egypt. Horus fought for decades against Seth. But neither ultimately were able to prevail. The fighting brought only strife and ruin – and Egyptians came to detest Seth as the symbol of a destruction that tainted everything. Eventually the council of gods decided that Seth be expelled and exiled from Egypt, for all the tensions and turmoil he had caused.

Seth was understood by Egyptians to represent a capsized human; a one-sidedness of character that had failed to accomplish wholeness – was incomplete, and inadequate. Significantly, it was only by the intervention of the opposite pole, the female Isis, in alchemical marriage to Osiris, who brought back fecundity – in all its meanings – and harmony to Egypt.

If we look back to the ancient concept of the ‘two lands’ of Egypt – the fertile Black Lands of the Nile and the barren Red Lands of the surrounding desert – we get an inkling of how the waxing and waning of one polarity, yielding ultimately to the rise of its ‘opposite’ value, was understood in earlier times. Everything is in flux: polarities swap places, as in a formal dance, and potencies of the invisible world jostle and shove against the ebb and flow of human activity.

The ‘Two Lands’ of Egypt represents something more than some mere geographical distinction. In ancient Egypt, the physical landscape had a metaphysical resonance of which the ancient Egyptians were keenly aware: The Two Lands were comprehended as the two contending, yet mutually interpenetrating, realms of life and death.

The combined landscape of the Two Lands is one of ‘paradise’ and ‘hell’, at war with one another, yet united in precarious balance and reciprocity. ‘Horus’ thus symbolises the harmonious, creative unity of cultivation in the valley; and ‘Seth’ that of in-coherence, of chaos and death in the desert areas.

But even Seth, who in so many respects symbolises a destructive, voracious negativity, embodies too a certain duality. He was never perceived as intrinsically bad or evil, but as a necessary component of the Cosmos: aridity, desiccation and death. His ambivalence is experienced in the Egyptian desert: mercilessly hot, with nowhere to shelter from the sun; but in this landscape of rock and silence, where no bird flies and no animal, save the desert viper moves, there is too, a deep stillness which the Valley cannot give.

Seth may, in one sense, personify the force of life-sapping, decay and death, but his dramatic polarity lies precisely in his very necessity to renewal. Ancient Egyptians saw themselves held in this balance and interplay of polarities: life and death, abundance and scarcity, light and dark – the very landscape teaches the principle of oscillating polarities. Maintaining balance was a succession of destructions and renaissances; allowing Seth’s insidious, sapping barrenness to be overcome by Horus’s subsequent reviving inundations, was the central preoccupation of the Egyptian King. Seth and Horus were thus to be held in equilibrium.

We might understand this double movement – compounded in aspects that are always in polar tension, but yet a co-constituent to each other – as being somehow a reflection, an analogy, and a consequence of a deep inner life-rhythm: the systole and diastole of human creativity itself.

Later historians such as Plutarch (Greek writer, d. CE 120) observed that Seth is said to have wandered the region where he fathered sons – whom, fuelled by their resentment at Egypt’s treatment of them, chose to redeem the mortal enmity of Egypt, by precisely identifying themselves with a vengeful, ambitious – but now exclusive deity – Seth. In short, Plutarch is saying that the Sethian impulse and polarity was perpetuated (i.e. that it descended down through the human condition).

The U.S. may believe that dismembering and scattering the institutional limbs of its perceived nemeses – China, Russia and Iran – will Make America Great Again; but this ancient wisdom tells U.S. that it will fail, precisely because of its one-sidedness, and lack of the feminine faculty of empathy – and not because a weaponized reserve currency is no potent tool.

The region faces – like ancient Egypt – a period of travail, as neither the U.S., nor its nemeses, initially will prevail; but ultimately, America will be, like Seth, forced into exile to taste its own bile at the failure of its exceptionalist mission (and deity).

The upside here is that this crisis holds the promise to discredit the mainstream illusion that there exists, and there needs be, therefore, no limits – and no accountability – to using the Fed’s dollar printing press, and threats of exclusion from the dollar sphere, to impoverish lives in much of the rest of the world. And that this action is consequence free – that it portends no come-back.

0 thoughts on “The Dismemberment of the World”