Culture Wars, Foreign Policy Wars – When They Meet, They Clash 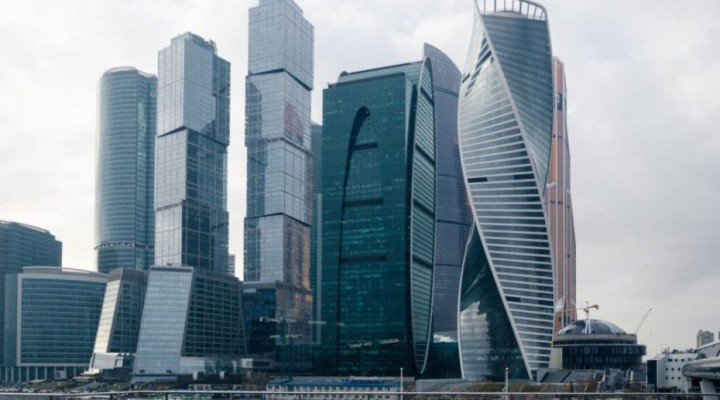 What has the ‘international style of architecture’ – now going out of fashion – got to do with today’s geo-politics?

What has the ‘international style of architecture’ – now going out of fashion – but which arose as a universalist aesthetic intended as a weapon to counter the nationalist upheavals at the turn of the 20th century, got to do with today’s geo-politics?

We all can be only too aware of the so-called ‘culture wars’, which are rending Britain, the US and Europe apart. We can see plainly this fracture, around which are arranged the two warring armies: On one side fly the banners of the Enlightenment ideal of ‘incontrovertible’ reason, from which the leap the idols of technology, of cosmopolitan homogeneity – and too, the ‘progressive agenda’: i.e. the embrace of human rights, rights of immigration, diversity, ecology and gender politics. And on the other front, those like Philosopher Johann Gottfried Herder, who considered the great imperialists such as Charlemagne — the “villains of history” who “stomped out native cultures.” Herder believed every culture possessed a unique Volksgeist, or way of life, incommensurate with others.

In the end however, the internationalist values have been pursued overwhelmingly (and purposefully) to the cost of ‘belonging’.

The lesson of the ongoing backlash against globalization is that political and cultural logic – rooted in an emotional attachment to our own roots, and to a distinctive cultural way of life, cultivated among one’s own kind – belongs to a wholly different pole (and dimension) to that of a ‘rational’ and universalizing ethos of economics and technology.

Far from moving forward in lock-step progress, these two ‘poles’ of consciousness, when they meet, they clash. And clash bitterly (as recent events in Britain’s parliament exemplify). Is there a possibility for synthesis, for compromise? Possibly not. It is an ancient rift between global utopia and local sovereignty. The strength of the globalists lately has been waning, and the other pole notably strengthening.

Philosopher Roger Scruton explains this shift towards the ‘sovereignty-ists’: “We are, as the Germans put it, heimatlich creatures — we have an inherent need to belong, and to belong somewhere, in a place to which we commit ourselves as we commit ourselves to the others who also belong there. This thought is disparaged by those who see only its negative side — the side that leads to belligerent nationalism and xenophobia. But those are the negative by-products of something positive, just as the international style was the negative by-product of a laudable desire to soften the barriers and smooth out the suspicions that had been brought into prominence by World War I.”

A European or global ‘melting pot of identities’, in other words, is possible only at the cost of shedding community roots and particularities. But Scruton’s point about the internationalist style of architecture (those “glass boxes and concrete plazas” to which nobody could belong – a “nowhere” style), goes further.

His architectural metaphor extends to the globalist zeitgeist as a whole: “The evidence is overwhelming that ugly and impersonal environments lead to depression, anxiety and a sense of isolation and that these are not cured; but only amplified, by joining some global network in cyberspace. We have a need for friends, family and physical contact; we have a need to pass people peacefully in the street, to greet each other and to sense the safety of a cared-for environment, that is also ours. A sense of beauty is rooted in these feelings.”

Here is the point: Isaiah Berlin argued that cosmopolitanism was an empty vessel. “[I]f the streams dried up … where men and women are not products of a culture, where they don’t have kith and kin and feel closer to some people than to others, where there is no native language — that would lead to a tremendous desiccation of everything that is human.”

That ‘other’ political and cultural logic, rooted in an emotional attachment to our own roots, and distinctive ways of living life, cultivated among one’s own kind’, is of course the very rootstock for possessing the quality of empathy – of being capable to embrace ‘otherness’.  Having a sense of one’s own roots, brings recognition that every culture possesses a unique Volksgeist, or way of life, incommensurate with others.

Washington today does not ‘understand’ otherness. It does not even try very hard. It cannot fathom Iran (or China, or Russia). These latter states seem to DC to reject the ‘incontrovertible rationality’ that the European Enlightenment bequeathed to the world. They too, are seemingly ‘irrationally opposed’ to the ‘progressive moral outlook’ that has, in past years, informed European and American foreign policy.

This lack of empathy precisely defines the multiple policy failures. ‘Internationalist foreign policy’, which like its namesake architecture – is a style, detached from any empathy with place or people. It is also a nowhere style (one size policy fits all), demanding global homogeneity and compliance.

Its root in an abstract, ‘irrefutable rationality’ clashes utterly with President Trump’s mercantilist foreign policy style. As a consequence, no one sees any point to negotiating with such a conflicted entity (as the US is), oscillating uncertainly between these two oppositional poles. No one knows where stands the policy, from day-to-day.

Let us illustrate with an example: President Trump – the mercantilist – wants to exit Syria. His Syria Envoy, James Jeffery, however, is explicitly ‘internationalist’. These two approaches do not march together in any complementary way — where they meet, they clash, and trip each other up.

Jeffrey, on Trump’s compromise of drawdown in Syria, rather than full withdrawal:

Interviewer: “I want to move on to the U.S. presence at al-Tanf. There are some 10,000 Syrians living in a remote settlement, living in squalor [on US militarily occupied Syrian territory]. There are reports of some having starved. And yet there’s a U.S. military base some 10 miles away. Why hasn’t the U.S. simply stepped in, and helped provide food?”

Interviewer: I think critics of the U.S. approach to Rukban would say that in exercising military control over the area, the U.S. has certain responsibilities, certain legal ones, as laid out under the Fourth Geneva Convention. But I take it you don’t see it that way?

Interviewer: [US pressures on Assad?]

“… we’re doing a great deal. We’ve got a very broad sanctions program that Treasury runs. We have very close coordination with the E.U., which runs its own sanctions program. We have blocked all reconstruction assistance from anywhere including UNDP [U.N. Development Programme], World Bank, any place, anywhere, inside Assad’s part of Syria. We are pursuing aggressively a ‘no diplomatic recognition’ policy throughout the world. For example, the Syrians were not invited back into the Arab League. So we’re putting as much pressure on the regime, and on its supporters, Russia and Iran, as possible.

But also, although it’s not our purpose in being in northeastern Syria, we are in northeastern Syria. And that, by its nature, keeps the regime out. The Turks are in northwest Syria for their own reasons, but that keeps the regime out. The Israelis are going after Syria’s ally Iran for its long-range systems that it’s introduced into Syria. So there’s a great pressure we’re putting the regime under.

Interviewer: [Is the US fighting ISIS in Syria?]

“I’m concerned about, first of all, are they [ISIS] setting up another caliphate? Are they holding more territory? No. Are the incidents extraordinarily low by every measure we’ve made in Afghanistan and Iraq? Absolutely, yes. Do we have areas where they seem to be persistent, pervasive, resilient, especially in Iraq, yes? In certain areas. And that’s the thing that has concern.

“This, (an USAF attack on a base on the Tigris), is the only case I can think of in either country where we’ve actually had a little tiny military operation, or several military operations, to clean these guys up. Most of the time, they’re on the move. I know in the Badia desert, south of the Euphrates, and we’re very worried about that. We’ve taken certain actions that I can’t get into, against them. They float around like desert nomads. They strike the Russians. They strike the regime. They strike the Iranians. They stay away from us because they know what’s going to happen.”

A ‘progressive’ Israeli commentator, in a separate article, The progressive case for staying in Syria, for now, lauds how the “Pentagon and State Department have since been able to slow the pace of withdrawal of U.S. troops [that Trump wanted], and are looking for replacements from Coalition nations … Most importantly, perhaps, to progressives, this protection would prevent the grave human rights abuses that would otherwise await the millions of Syrians … [and additionally] Retreating from the northeast, would mean forfeiting U.S.-backed forces’ control of a third of Syria’s territory and 80% of its natural resources, eliminating what little leverage America has left in shaping the post-war landscape. The Assad regime, even at its weakest point, was unwilling to seriously negotiate with the opposition. Now that it feels confident and victorious, it is much less likely to accede to any Western demands to reform; or step down.” [Emphasis through-out has been added].

Scruton’s points about the ‘internationalists’ contingent loss of any sense of empathy and beauty – amidst the ugliness, and the de-cultured, drabness of our physical (and intellectual) environment – are evident in these excerpts on US policy: We are indeed living a strange de-humanised time, when it is desirable, according to Enlightenment rationality, to discard any attempt at (‘irrational’) empathy, or understanding, for the Syrian circumstance. And to consider the policy solution simply to be either technical (more, or different firepower); or mechanics: how and where, to move the levers of pressure.

And, secondly, to consider it ‘progressive’ to deny a stricken people (ordinary Syrians) the ability to go home, or to re-build their lives – and to deprive them of the chance still to think that there is something left to live for (unless they concede to submit to the Washington Consensus). And yet, still to regard this abstract ideological approach as somehow representing Europe holding the moral high ground? No wonder ‘otherness’ is tired of the Enlightenment’s ‘rational’ ‘order’.

To compensate for these lacunae associated with its attenuated style of consciousness, the US is resorting to technology and Artificial Intelligence to make good the gaps. It imagines that mining ‘big data’ – as is done in western elections, when 25 ‘likes’ on Facebook is said to be sufficient, to strip an individual politically ‘naked’ – might somehow compensate for the absence of empathy — providing the answers that this style of ‘reasoning’ can’t.

It is wishful thinking. Empathy is not machine generated. As Scruton points out, it derives from the aggregate course of individual lives pursued within the matrix of archetypal moral narratives that are the ancient skeleton to a community – which both bind it, and give ethos to that community. And which precisely are incommensurate with others.

Culture Wars, Foreign Policy Wars – When They Meet, They Clash

0 thoughts on “Culture Wars, Foreign Policy Wars – When They Meet, They Clash”