HOME / SOCIAL/CULTURAL / With Microsoft Purchase of TikTok, US Tightens Grip Over International Media 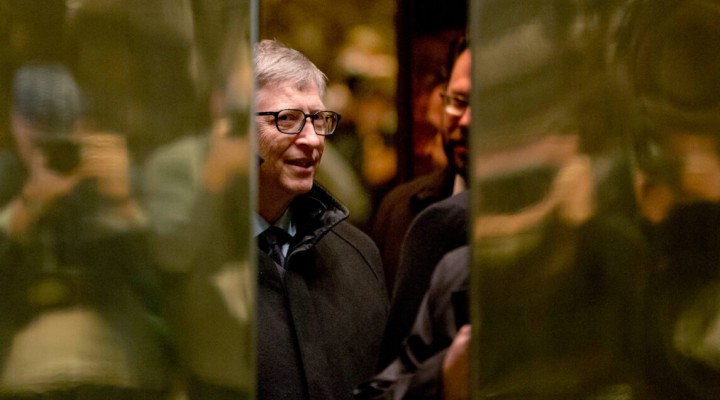 Even as the government attempts to frame the debate over the banning of Chinese companies like TikTok and Huawei over privacy concerns, it continues to try to ban the encryption of data and communications at home.

MPN- Following Donald Trump’s Friday announcement that he would ban the popular Chinese-owned video platform, Microsoft has today swooped in to hoover up TikTok after it received “personal assurances” from the president himself that he would back such a move. Trump has given the two parties up to 45 days to hash out a deal. ByteDance, TikTok’s parent company, values its U.S. operations at $50 billion, but it is not at all certain they will receive fair compensation, given their predicament. The platform is by far the most downloaded app in Apple’s app store, with over 800 million active users worldwide, including over 100 million in the United States, primarily members of Generation Z.The move comes amid growing American aggression towards Beijing, ostensibly over its handling of the COVID-19 pandemic, its treatment of Uyghurs in Xinjiang province and demonstrators in Hong Kong, and, above all, its uneasiness at its growing economic power. Early last month the Trump administration began floating the idea of a TikTok ban, citing potential national security issues. When asked by Fox News anchor Laura Ingraham if Americans should use the app, Secretary of State Mike Pompeo responded: “only if you want your private information in the hands of the Chinese Communist Party.” TikTok has strenuously denied that it works with the Chinese government, noting that American users’ data is stored in the U.S., with strict controls on employee access.

What's next, T-Mobile gets to sell Huawei phones to the US market?

The State Department is slipping a $50 billion company into Microsoft's back pocket, all while acting tough about "protecting" Americans' data

News of the imminent purchase excited the stock market, with Microsoft shares surging by five percent on their Friday totals. Given that the company is worth over $1 trillion, the news added $77 billion to Bill Gates’ company’s value, suggesting that traders believe they are receiving the deal of a lifetime. “Microsoft appreciates the U.S. Government’s and President Trump’s personal involvement as it continues to develop strong security protections for the country,” the tech giant said in a statement today.

The company is already a preferred partner of the administration and has a lot to be thankful to Trump for. In November it received a lucrative $10 billion contract to partner with the Pentagon to develop a cloud computing network that sees it instantly become one of the world’s largest military contractors. The decision to award Microsoft (and not Amazon) the deal was allegedly made on the behest of Trump himself, who disliked how he was being treated by Amazon founder Jeff Bezos’ Washington Post. Microsoft also has a long history of intimate collusion with government agencies, enabling them to spy on U.S. citizens. Documents leaked by Edward Snowden revealed that it worked with the FBI and NSA to allow them to circumvent their own encryption methods to gather information on hundreds of millions of worldwide users of its platforms, such as Skype and Outlook. Today, Microsoft said it is “committed to acquiring TikTok subject to a complete security review and providing proper economic benefits to the United States, including the United States Treasury.”

I'm a US congressman and I care about precisely two things when it comes to tech: banning tiktok so an authoritarian government can't get a hold of your personal information, and making encryption illegal so the FBI can read every text message you've ever sent

The Internet is the new battlefield

“What Lockheed Martin was to the twentieth century, technology and cyber-security companies will be to the twenty-first,” wrote Google executives Eric Schmidt and Larry Cohen, suggesting that the Internet is the new battlefield and offering their company’s services to the White House.

Although giant new social media companies are thought of as transnational entities, most are, in fact, very much American corporations. While billions of people around the world rely on them for their news and entertainment, they are subject to strict American laws. In January, for instance, Facebook and its subsidiary platforms like Instagram and WhatsApp banned all positive mentions of General Qassem Soleimani, an Iranian leader assassinated in a U.S. drone strike. This was because the Trump administration deemed the Iranian Revolutionary Guard Corps (IRGC), an official extension of Iran’s military,  a terrorist organization. “We operate under U.S. sanctions laws, including those related to the U.S. government’s designation of the IRGC and its leadership,” Facebook explained. This is particularly problematic as Soleimani was Iran’s most popular living figure, with an over 80 percent approval rating, meaning that Iranians were banned from sharing a majority opinion online with other Iranians in Iran, speaking in Farsi, because what Trump had decided from the other side of the planet.

In its drive against fake news, Facebook also partnered with the Atlantic Council to decide what news to promote and what to censor and remove. The Atlantic Council was born out of NATO and has a board of directors including high government officials like Henry Kissinger, Condoleezza Rice and Colin Powell, ex-Generals like Wesley Clark and David Petraeus, and CIA chiefs like Leon Panetta, Michael Hayden, and Robert Gates. Similarly, Reddit’s Director of Policy is a former Atlantic Council deputy director, ensuring the popular website aligns with Western foreign policy goals. Meanwhile, a senior Twitter executive is an officer in the British Army’s 77th Brigade, a unit dedicated to information warfare and online psychological operations. U.S. government-funded think tanks also advise Twitter and other platforms on which websites to blacklist and which accounts to delete, leading to a huge reduction in traffic for alternative media and hundreds of thousands of critical voices silenced. Effectively then, the U.S. government is in control over much of what America — and the rest of the world — see online, creating something coming to resemble a global state-controlled media apparatus.

i love that the political establishment has come together to make inaccessible everything that gen z seems to care about: college education, a healthy and clean planet, and tiktok

Even as the government attempts to frame the debate over the banning of Chinese companies like TikTok and Huawei over privacy concerns, it continues to try to ban the encryption of data and communications at home. This would essentially end even the pretense of online privacy, giving state agencies virtually unfettered access to any data it wished to see. Thus, it is possible that the forced transfer of TikTok to Microsoft may have far more to do with control over the means of world communication than genuine worries about our own civil liberties.

0 thoughts on “With Microsoft Purchase of TikTok, US Tightens Grip Over International Media”