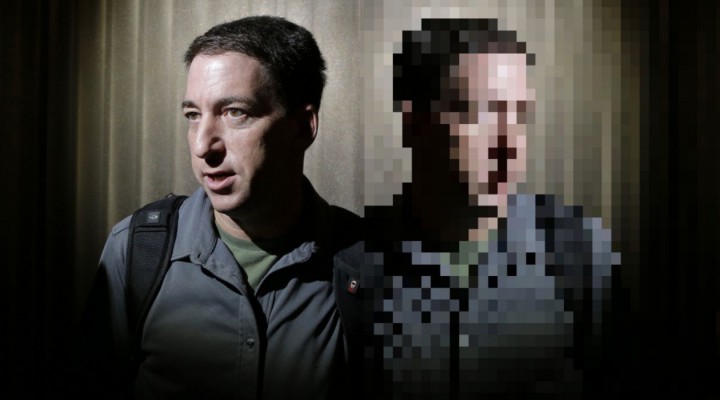 Funded by a billionaire oligarch and increasingly seen as a mouthpiece for the neoliberal establishment, The Intercept suffered its biggest blow yet with the very public departure of Greenwald.

MPN– Glenn Greenwald, co-founder of investigative news outlet The Intercept, very publicly resigned from his position yesterday. The immediate trigger for his decision was a refusal to publish his article exploring corruption in the Biden campaign by his editors, but, as the cult journalist explained on his Substack page, there were also long term and deeper underlying factors that forced him to move on. Greenwald created the Substack page for this purpose, posting his resignation letter, then the censored article followed by the email exchange with his editors that preceded his resignation.

Greenwald’s contract stipulates he has virtually complete editorial freedom and control over his own content, but he revealed that he felt like the outlet had slowly become a bulwark of the establishment, mindlessly repeating the same liberal talking points, rather than challenging them. “The pathologies, illiberalism, and repressive mentality that led to the bizarre spectacle of my being censored by my own media outlet are ones that are by no means unique to The Intercept,” he wrote.

These are the viruses that have contaminated virtually every mainstream center-left political organization, academic institution, and newsroom. I began writing about politics fifteen years ago with the goal of combatting media propaganda and repression, and — regardless of the risks involved — simply cannot accept any situation, no matter how secure or lucrative, that forces me to submit my journalism and right of free expression to its suffocating constraints and dogmatic dictates.”

Greenwald revealed that he had harbored serious problems with the conduct of his employers and the direction of The Intercept for some time, but continued on because he was still afforded complete control over his own output.

But the brute censorship this week of my article — about the Hunter Biden materials and Joe Biden’s conduct regarding Ukraine and China, as well my critique of the media’s rank-closing attempt, in a deeply unholy union with Silicon Valley and the “intelligence community,” to suppress its revelations — eroded the last justification I could cling to for staying,” he explained.

The 53-year-old former attorney said he found himself in the position of somehow being silenced from expressing himself days before an election because of the views of “random editors in New York” who wished him to conform to the Democratic Party line. Greenwald will now pursue a reader-supported model of journalism on Substack.

For its part, The Intercept ensured that the event would be an extremely messy breakup indeed, publishing an acerbic response accusing him of throwing a “tantrum” over “preposterous” charges. “He believes that anyone who disagrees with him is corrupt, and anyone who presumes to edit his words is a censor,” they wrote, claiming he was presenting falsehoods in order to falsely make himself look like a victim. “Over the past six years,” they concluded, “it is Glenn who has strayed from his original journalistic roots, not The Intercept.” Greenwald has since published both the rejected story and a lengthy email exchange between himself and his editors.

The knives come out

While some Intercept employees, like Ryan Grim, attempted to steer a neutral path between management and Greenwald, others, such as Naomi Klein, went on the attack. “Glenn was not ‘censored’ — he was edited, and edited well. Crying censorship is a marketing ploy to gin up subscribers for his new Substack. Are people really going to fall for it?” she wrote on Twitter, also suggesting he was directly and callously helping Donald Trump win re-election: “Imagine not caring that you are feeding into this garbage at this point in history.”

I’m grateful to Glenn for helping to found such an important media outlet. #TheIntercept is run by editors who give us all exceptional freedom to write and speak while also telling us when we are losing the plot. It’s an honor to work with them. Become a member today. https://t.co/XO1jpPpS6y

Imagine not caring that you are feeding into this garbage at this point in history: https://t.co/uJ16jPQ37M

The Atlantic’s David Frum, the man who coined the term “access of evil” for the Bush administration, professed his outrage over the emergence of an alliance of reactionary thinkers, including Greenwald and Matt Taibbi on the left and Tucker Carlson, Joe Rogan, and the Federalist Magazine on the right.

Journalist Marcy Wheeler, who has repeatedly clashed with Greenwald over their radically different interpretations of the RussiaGate scandal, congratulated everyone at The Intercept on the news, claiming “a lot of good reporters…have been unfairly tainted by Glenn Greenwald simply making shit up with impunity for too long.”

Sounds like an Axis of Evil you’ve discovered. https://t.co/XQszlY5zSF

The changing face of The Intercept

Launched in 2014 and featuring a prestigious lineup of journalists, The Intercept immediately became synonymous with hard-hitting, investigative journalism. But it also developed a reputation for not protecting their sources (a cardinal sin in the journalism business).

NSA whistleblower Reality Winner was sentenced to five years in prison, thanks to The Intercept revealing her identity to authorities. One year later former FBI agent Terry J. Albury, who shared documents exposing the organization’s surveillance of journalists and of religious and ethnic minorities, was jailed after his identity was exposed. Amazingly, in 2019, The Intercept burned their third source, as intelligence analyst Daniel Hale was charged with leaking top secret documents on drone warfare the organization’s editor Jeremy Scahill.

The financial backing for the outlet comes from tech billionaire and eBay founder Pierre Omidyar. With a net worth of over $17 billion, the French-born tycoon has ample cash to fund a myriad of think tanks and initiatives, all with a neoliberal interventionist outlook, many of whom have direct links to Washington and its agenda of regime change around the world. This has included using The Intercept as a vehicle to publish fawning depictions of the White Helmets in Syria. The result of this, according to Alex Rubenstein and Max Blumental, is that Omidyar is conducting “global information war” and shaping the media landscape in his interests. Thus, while The Intercept may appear radical, it does not challenge the power and interests of its own backer.

A staunch Democrat, Omidyar gave hefty donations to anti-Trump super-PACs, while The Intercept began to turn on Wikileaks, attacking the organization for supposedly being a Trump conduit. At the same time, it continues to refuse to publish its own Snowden archive, last year announcing it would shut down the project with fewer than 10 percent of the documents made available to the public.

Greenwald appears to have become seen as quite a problem for the outlet, his skepticism on RussiaGate clashing horribly with establishment Democratic opinion. As Greenwald continued to undermine the mainstream narrative of widespread Russian interference in the 2016 election, Omidyar hired noted Russia hawk James Risen as “Senior National Security Correspondent” to offer essentially the opposite opinion in its pages. Investigating suggests Risen was paid around $16,000 per article written.

This latest incident only adds fuel to the fire that the outlet has become a mainstream, Democrat-aligned organization. As journalist Matt Taibbi noted, “The Intercept uncritically took dictation from John Brennan, Jim Clapper, and Michael Hayden, and killed a piece by their Pulitzer-winning founder because it was critical of the probable next president.”

MintPress has been covering the evolution of The Intercept, from investigative outlet to “attack dog of the establishment” for some time, and it appears Greenwald is coming towards that same conclusion, writing in his farewell note:

The current iteration of The Intercept is completely unrecognizable when compared to that original vision. Rather than offering a venue for airing dissent, marginalized voices and unheard perspectives, it is rapidly becoming just another media outlet with mandated ideological and partisan loyalties, a rigid and narrow range of permitted viewpoints (ranging from establishment liberalism to soft leftism, but always anchored in ultimate support for the Democratic Party), a deep fear of offending hegemonic cultural liberalism and center-left Twitter luminaries, and an overarching need to secure the approval and admiration of the very mainstream media outlets we created The Intercept to oppose, critique and subvert.

It's now easier than ever to publish independently of corporate media. If you have a large following, you'll get paid too. Glenn Greenwald's recently opened Substack newsletter is free, but he's already got tons of readers and paying subscribers.

The Intercept is a sinking ship. pic.twitter.com/Nr7P1NY2iU

As someone walking away from a well-paid job in a notoriously competitive and shrinking industry, Greenwald’s future is now in doubt. “I am voluntarily sacrificing the support of a large institution and guaranteed salary in exchange for nothing other than a belief that there are enough people who believe in the virtues of independent journalism and the need for free discourse who will be willing to support my work by subscribing,” he wrote. Whether you believe he is a principled truth teller or a reckless crusader helping Trump, there is no doubt that his actions this week were a big step into the unknown.