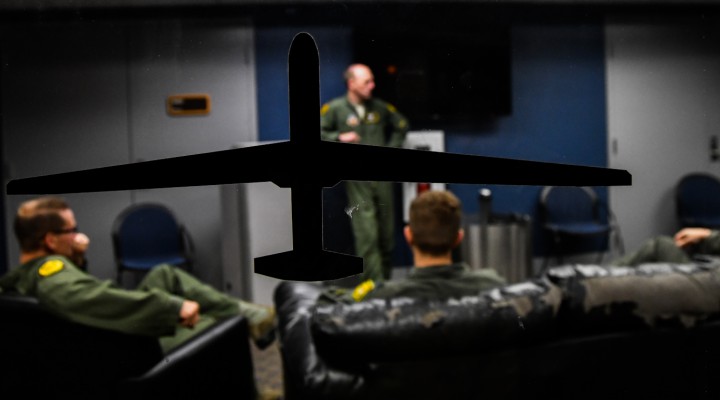 MPN- Since its inception 14 years ago, Politico has risen to become an internet news giant. Now employing over 700 people and reaching 50 million people per month, the website and newspaper has become one of the most trusted sources of information on political issues in the United States. Key to this is its range of influential newsletters, which reach millions every day.

And yet the organization has entered into a number of very troubling partnerships that could potentially undermine the credibility and independence of its reporting. Both its defense and space newsletters, which keep readers informed and up to date on those topics, come sponsored by giant military and aerospace contractor Northrop Grumman.

To its credit, Politico is upfront about their partnership, with those sections bearing an advertisement label stating “presented by Northrop Grumman.” The question is whether readers can truly trust the outlet to accurately report and scrutinize those areas that are so critical to its chief sponsor. Does taking Northrop Grumman’s money make Politico less likely to call out the Pentagon’s enormous and bloated military budget, war crimes committed overseas, or the gross wastage of public funds?

Certainly, Politico does not seem to have gone after Northrop Grumman. The only articles tagging the defense giant in the past four years have been an op-ed entitled “America must return to the moon as soon as possible,” which paints the company as a vital part of that process, and a now-infamous story with the headline “How women took over the military-industrial complex.” That article presents Northrop Grumman’s hiring of its first female CEO as a massive step forward for feminism, proving that the defense industry represents a progressive, forward-thinking set of institutions.

Politico's energy newsletter is paid for by ExxonMobil, its defense letter by Northropp Grumman, its pharma coverage by CVS Health and its tax section by a very shady finance company that keeps ripping off its customers.

Pairing up: policies and promoters

The partnership with Northrop Grumman is far from the only worrying advertising deal Politico has signed, however. The outlet’s energy policy newsletter comes courtesy of oil behemoth ExxonMobil. Its healthcare and pharmaceutical newsletter is sponsored by private healthcare giant CVS Health. And its tax and finance newsletter is presented by controversial tax software company Intuit.

In most developed countries, the government has its own online system of tax filing. However, Intuit has lobbied heavily against the IRS creating a free app or software such as other nations have. As a result, millions of Americans struggle to file taxes using Intuit’s costly and cumbersome services. Intuit is legally required to allow military service members and those earning less than $66,000 per year to use its software for free but an investigation by ProPublica found that the company tricked large numbers of people into unnecessarily paying for its product. Intuit is currently under investigation by multiple state attorneys general as well as New York’s Department of Financial Services.

Meanwhile, Politico’s “Morning Tech” news is sponsored by American Edge, an organization that The Washington Post characterizes as a shady front group for big tech giants, whose purpose is to combat any attempts by regulators to rein in the worst excesses of the industry.

Getting their money’s worth

How can media be relied upon to report honestly on these industries or hold them to account if that media is being directly funded by them? Should we really expect journalists to be breaking stories about pharmaceutical price gouging, the enormous power of Silicon Valley, or the devastation caused by fossil-fuel company pollution if those companies are essentially paying their wages?

Advertising works, not only on consumers, but on outlets as well. Celebrated journalist Peter Oborne resigned in protest from the Daily Telegraph after his reporting on banking giant HSBC was suppressed. The bank was one of the newspaper’s largest advertisers. HSBC is “the advertiser you literally cannot afford to offend,” one executive flatly told Oborne, in explanation for why his exposé was squashed. With such leverage, large corporations often see a benefit in advertising in media not only to increase sales, but also as a way of ensuring positive coverage.

The weapons industry is a prime example of this. Raytheon sponsors Girl Scout events and math contests for kids, as well as live events with Real Clear Politics. Northrop Grumman itself spends millions of dollars on sports events, sponsoring the Army-Navy Bowl game every year, and even Super Bowl ads for its stealth bombers and jet fighters. These have nothing to do with increasing sales. Rather, they are an attempt to improve their image with the public to ensure the gravy train does not stop. Perhaps in sponsoring journalistic content, these giants have found yet another way to smoothly inject their corporate propaganda.

0 thoughts on “Politico’s Defense News, Brought to You by Northrop Grumman”