HOME / WORLD / Why Does the Right-Wing Support Cross-Border Office Holders? 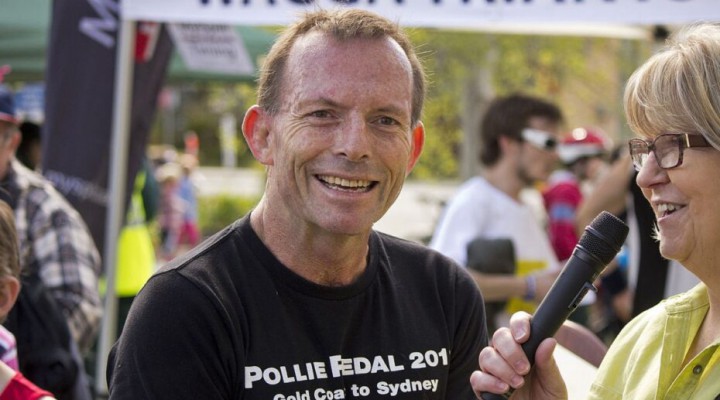 Among the phrases that are guaranteed to trigger right-wing backlash are “global governance” and “world government.” However, when it comes to appointing foreign citizens to high government posts, conservative governments are at the forefront of such “global governance.” When British Prime Minister Boris Johnson appointed former Australian Prime Minister (and fellow right-winger) Tony Abbott as an official adviser to the British Board of Trade, including a role in advising on the United Kingdom’s Brexit implementation, alarms were triggered in London and Canberra.

Questions were raised in Canberra about Abbott’s obvious conflicts-of-interest in having intimate knowledge of the current Australian Liberal Party government’s trade secrets and his new role as the United Kingdom’s trade adviser. In Britain, there were also concerns about Abbott’s dual loyalties.

Australian shadow Attorney General Mark Dreyfus of the Labor Party was one of the politicians to raise the loyalty issue. In questioning Abbott’s new job in London, Dreyfus said, “It’s up to the [Scott] Morrison government to explain how a former Liberal PM can now work for a foreign power advising on matters potentially in direct conflict with Australia’s commercial interest.” British shadow Trade Minister Emily Thornberry of the Labor Party also voiced opposition to Abbott’s appointment, saying that Abbott had “never been involved in detailed trade negotiations, he thinks that issues like climate change and workers’ rights are just not important, and during the two years that he was prime minister of Australia he was personally responsible for killing off Australia’s car industry.” British Liberal Democratic party leader Sir Ed Davey said that Abbott had “no place in any British government.” Echoing opposition to Abbott, Kirsten Oswald, the Scottish National Party’s deputy leader in the House of Commons, called Abbott’s appointment “beyond indefensible.”

Abbott is not the only right-winger who has taken an official job with another government, something that is anathema to the nationalist policies of the political right. Valdas Adamkus, born Voldemaras Adamkavičius in Kaunas, Lithuania, later became a U.S. citizen. He served as a non-commissioned officer in the U.S. 5th Army Reserve’s military intelligence unit and later was a regional administrator for the U.S. Environmental Protection Agency. Adamkus moved back to Lithuania, where he served as president from 1998 to 2003 and from 2004 to 2009. He renounced his U.S. citizenship at the U.S. embassy in Vilnius prior to becoming Lithuania’s president.

Toomas Hendrik Ilves was a U.S. citizen who worked for Radio Free Europe, which was financed by the Central Intelligence Agency, from 1984 to 1993. Upon Estonia’s restoration of independence, Ilves, after renouncing his U.S. citizenship, became Estonia’s ambassador to the United States, Foreign Minister, and president of Estonia for a decade, between 2006 and 2016.

The global political right becomes apoplectic when people advance the concept of “world citizens.” However, around the world there have been cases of right-wing governments pushing such a notion by hiring foreigners as their government officials. This has especially been pronounced in Israel, but succeeding governments argue that it is simply adhering to the “aliya< the right of Jews anywhere in the world to emigrate to Israel.

U.S. citizen Natalie Jaresko served as Ukrainian Finance Minister from 2014 to 2016. She was conveyed Ukrainian citizenship but under U.S. law was not required to relinquish her American citizenship. She currently serves as the executive director of the Financial Oversight and Management Board for Puerto Rico. Jaresko was not the only foreigner to serve in the government of President Poroshenko. Others included Lithuanian citizen Aivaras Abromavicius, who served as the Economy Minister and Georgian national Aleksandre Kvitashvili, who served as Health Minister. From 2004 to 2005, French citizen Salome Zurabishvili served as the Foreign Minister of Georgia in Saakashvili’s administration.

There were always suspicions about the U.S. citizenship status of Cook Islands Prime Minister Tom Davis, a Harvard graduate who conducted “medical research” for the U.S. armed forces and the NASA space agency.

Liberian President Ellen Johnson-Sirleaf was also a citizen of Germany. Right-wing 2016 U.S. Republican presidential candidate Ted Cruz, who was born in Canada, belatedly renounced his Canadian citizenship in 2015 after it became a campaign issue. California Republican Governor Arnold Schwarzenegger retained his Austrian citizenship while serving in office. The current leader of the Conservative Party of Canada, Andrew Scheer, is also a U.S. citizen. The former Governor General Michaëlle Jean, whose represented Queen Elizabeth as head of state, was also a citizen of France. While the head of Canada’s New Democratic Party, Thomas Mulcair also held French citizenship.

Australian Deputy Prime Minister and leader of the right-wing National Party Barnaby Joyce was forced to resign his post in 2017 after a court discovered that he was, in fact, a citizen of New Zealand. Joyce’s election to the Parliament was invalidated. Australian law does not permit foreign citizens to hold office. Joyce renounced his New Zealand citizenship and he successfully ran again for Parliament. After his election, he was allowed to resume the post of deputy prime minister.

The nationality that Ivory Coast president Alassane Ouattara was not eligible to serve as either prime minister or president resulted in a 2002 judicial decision that conferred Ivorian citizenship on Ouattara and permitted him to run for president of the Ivory Coast. Ouattara was eventually successful in being elected president but his opponents maintain that he still is ineligible to be president because he was born in Burkina Faso and held Burkinabe citizenship. The complaints about Ouattara being a Burkinabe Muslim immigrant has resulted in sectarian violence between the Muslims of the north and Christians of the south.

As so-called “populist” leaders of the right call for enhanced immigration controls and tighter border security, it is both ironic and hypocritical that so many of them are willing to hold high political office in foreign countries while maintaining dual or multiple passports.

0 thoughts on “Why Does the Right-Wing Support Cross-Border Office Holders?”