The US Navy is on the cusp of conducting confrontational freedom of navigation operations in the Arctic that threaten Russian economic and national security interests.

The recent resumption by the US Navy of a Barents Sea Patrol represents muscle-flexing on the part of Washington and its NATO allies unseen since the end of the Cold War.

Three American destroyers and a British frigate, accompanied by a supply ship, ventured into the Arctic body of water last week. The reestablishment of the patrol is part of a larger refocusing of attention by the US and NATO on the Arctic, where warming waters and melting ice have created the possibility of faster sea transits between Europe and Asia and access to natural resources which were previously viewed as cost-prohibitive due to heavy ice conditions.

The Surface Action Group will continue operations above the #Arctic circle!#OpenForBusiness #PowerForPeacehttps://t.co/rsCCcguSVZ

Russia, which views most of the Barents Sea as part of its territorial waters, has made it clear to the US and the international community that it will protect its core national economic and security interests using all means available. Given the stakes involved, the potential for conflict is real should the US seek to expand its military posture more aggressively in the Arctic.

This is precisely what some in the US defense establishment are arguing for. In order to prevent what American defense hawks have called a potential maritime “Iron Curtain” from being pulled down over the Arctic by Russia, calls are being made for a more aggressive US naval posture in the region, expanding the Barents Sea Patrol to incorporate so-called Freedom of Navigation Operations (FONOPs) as standard practice for US and NATO naval operations in the Arctic north.

The US has regularly asserted its right to navigate international waters consistent with the United Nations Convention on the Law of the Sea (UNCLOS), despite not having signed the agreement (the US sidesteps this inconvenient fact by viewing the provisions of UNCLOS it finds acceptable to operate as common law.) Since 1983, the US Navy has conducted more than 400 FONOPs designed to challenge what it views as excessive maritime claims. The proponents of expanded FONOPs in the Arctic view such exercises as a prerequisite for countering perceived Russian domination of the Arctic region.

One of the guiding principles of any US/NATO FONOPs conducted in the Arctic Sea will be to push back on what these nations view as excessively restrictive Russian national legislation based on UNCLOS’ Article 234 governing operations in Arctic waters. As things currently stand, Russia views the Northeast Passage (called the Northern Sea Route in Russia) as being exclusively within Russian territorial waters, and as such traditional freedom of navigation rights do not apply. Instead, Russia has implemented a series of laws which, by placing restrictions on building construction, ship navigation capabilities, and permit requirements, all but precludes freedom of navigation. It should be noted that Russian laws mirror in many respects those of Canada, which – like Russia – uses Article 234 as the basis of its restrictive domestic legislation governing the transit of ships in its territorial Arctic waters. 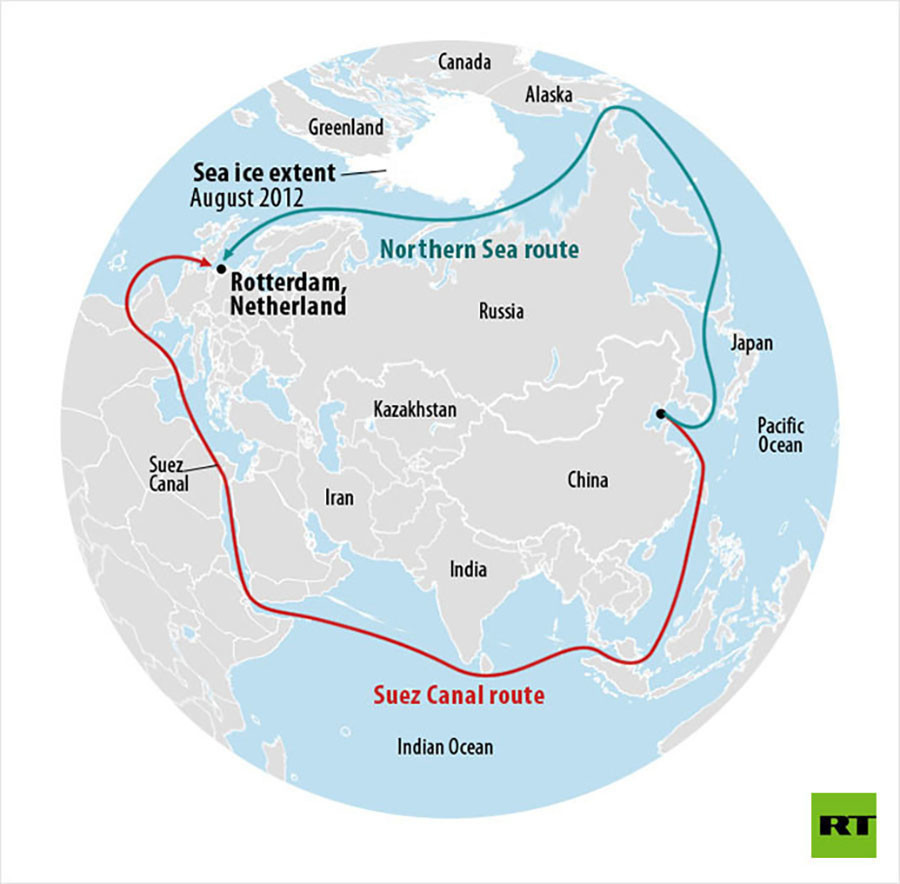 Russian and Canadian interpretation of the rights afforded them under Article 234 are coming under legal challenge by nations such as the US, which want access to the economic potential of the Arctic which are emerging as the ice sheet is pushed back by the effects of global warming.

Protecting Russian vested interests in the economic benefits that can be accrued (President Vladimir Putin has assessed the value of the mineral deposits in Russia’s Arctic region as approximately $30 trillion) by exploiting the reduced ice exposure of the Arctic region are a major reason behind Russia’s forward-leaning posture in the region.

But there is another critical factor at play, which changes the dynamics of any FONOP-type operation. “Innocent passage” is a critical concept behind any viable FONOP exercise—military vessels must be engaged in non-hostile transit activity. However, US and NATO vessels that would conduct future FONOPs in the Arctic Sea are armed with Aegis surface-to-air missiles and sea-launched cruise missiles that would threaten Russian strategic rocket forces stationed in Siberia.

The US is in the process of developing advanced SM-3 Block IIA surface-to-air missiles which can be launched from the Mark 41 Vertical Launch System (VLS) employed on Aegis-capable ships. These new interceptors are capable of intercepting intercontinental ballistic missiles (ICBMs) and will be tested in this configuration in the third quarter of 2020. Given the fact that the vast majority of Russia’s strategic nuclear force—especially those elements of which are stationed in Siberia—are configured to fly over the Arctic Sea region before reaching their targets in the United States, any US naval deployment in the Arctic Sea armed with these weapons could not be seen as innocent.

The Mark 41 VLS is also configured to launch sea-launched cruise missiles (SLCMs). As part of the 2018 Nuclear Posture Review, the US Navy is developing a new nuclear capable SLCM, known as the SLCM-N, which will be armed with a W-80-4 thermonuclear warhead with a variable yield of 5-150 kilotons. Any ship armed with SLCM-N weapons that is operating in the Arctic Sea region will possess an inherent first-strike interdiction capability against Russia’s strategic nuclear forces—again, a capability which makes the transit of such vessels anything but innocent.

Russia currently has six military bases in the north, along with 10 airfields, numerous anti-aircraft missile system positions and military ports operating under the umbrella of the Northern Fleet Joint Strategic Command, better known simply as the Arctic forces. The anti-aircraft defenses include the Tor-M2DT, a modernized variant of the Soviet-era SA-15 system, and the newer Pantsir-SA system, both of which have been adapted to operating in the harsh environment of the Arctic north. These systems are designed to defend against cruise missile attacks, and are on 24-hour alert, 365 days per year.

Seen in this light, the Russian militarization of the Arctic is more defensive than offensive and intended to protect the vital national security interests of Moscow from threats such as those that would be presented through any aggressive US/NATO FONOPs in the Arctic Sea.

Moreover, Russia has a history, dating back to Soviet times, of aggressively defending its national security interests from what it believes to be the encroachment on its territorial waters by FONOPs which violate the requirement of innocent passage. Perhaps the most relevant example of this is found in the ramming incident that transpired off the coast of the Crimean Peninsula on February 12, 1988. The US Navy had dispatched a two-ship task force, consisting of the cruiser USS Yorktown and the destroyer USS Caron, to conduct FONOPs outside of traditional sea lanes.

The US claimed it had every right to operate outside these sea lanes, citing innocent passage. The Soviets, however, viewed the presence of two modern warships, more heavily armed than any previous FONOP exercise, as anything but innocent, and dispatched two frigates to challenge the US naval presence. After warning both the Yorktown and Caron to depart, and having these warnings ignored, the Soviet ships proceeded to ram the US navy ships to compel their departure. There can be little doubt that the Russian navy would employ similar tactics—or more—to protect its interests in the Arctic Sea it felt threatened by US/NATO FONOPs that did not meet the criterion of innocent passage.

If the US decides to beef up its naval presence in the Arctic region, expanding the current Barents Sea Patrol to incorporate more aggressive FONOPs along Russia’s Northern Sea Route, one can anticipate that Russia will respond in kind, creating the potential for a repeat of the Yorktown/Caron incident in the frigid waters of the Arctic north. In this day and age of renewed Cold War-like tensions between the US/NATO and Russia, the last thing either side needs is a new point of potential force-on-force friction.

What Putin and Pompeo did not talk about