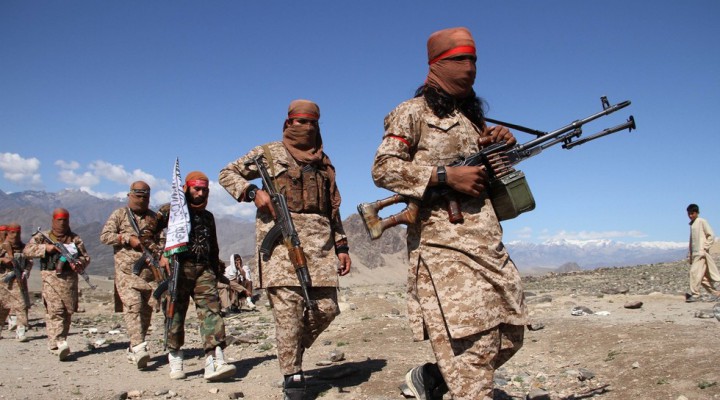 The Trump administration, anxious to be able to claim that it fulfilled its campaign pledge to end war in Afghanistan, pressed for a signed peace deal, leaving it to the Afghan government and the Taliban to hammer out the details.

On February 29, after more than 18 years of fighting, the US Special Representative for Afghanistan Reconciliation, Zalmay Khalilzad, met with Mullah Abdul Ghani Baradar, a senior Taliban official, in Qatar where the two men signed a peace agreement which, if implemented, would bring an end to the Afghanistan conflict and see all American forces eventually return home. Secretary of State Mike Pompeo attended the signing ceremony but left the task of putting pen to paper to Ambassador Khalilzad.

Back in Washington, DC, President Trump hailed the peace agreement, noting that it set the stage for ending a conflict and thanked “the people of the United States for having spent so much in terms of blood, in terms of treasure, and treasury.” Trump said that the Taliban had been trying to reach an agreement with the US for a long time. “Everyone,” he said, “is tired of war.”

The terms of the peace deal were straightforward — the Taliban would continue to respect the ceasefire and agree not to allow either Al-Qaeda or Islamic State (IS, formerly ISIS) to operate from Taliban-controlled territory. For its part, the US agreed to reduce the number of its troops in Afghanistan from more than 13,000 to 8,600 within 135 days of signing.

The US also committed to work closely with its NATO and non-NATO allies to proportionally reduce the number of coalition forces in Afghanistan over that period, and to pull out all remaining forces from Afghanistan within 14 months if the Taliban forces adhered to their security guarantees and ceasefire, and a political solution could be reached between the Taliban and the Afghan government.

The agreement also called for a prisoner swap, with some 5,000 Taliban prisoners to be exchanged for up to 1,000 Afghan government captives by March 10, a date set by the peace agreement for intra-Afghan talks between the Taliban and the Afghan government.

The issue of Taliban-Afghan government talks were always a sensitive issue, with Afghan President Ashraf Ghani fearful that any peace process that rushed ahead without providing sufficient assurances about the future of both his government and the Afghan security forces was little more than a facilitator of the eventual assumption of power by the Taliban. Ahead of the 2020 elections, the Trump administration was apparently keen to claim that it fulfilled its campaign pledge to end the war in Afghanistan, so it pressed ahead with the peace talks, leaving it up to the government in Kabul and the Taliban to agree on the details.

he day after the peace agreement was signed in Qatar, President Ghani rejected the idea that the 5,000 prisoners it held had to be released prior to any talks about the future of Afghanistan. Ghani noted that neither he nor his government had been part of any such agreement, and that the US had no authority to order the prisoners’ release. For its part, the Taliban declared that there could be no talks unless the prisoners were released, and that unless this happened by March 10, then the ceasefire, as it applied to Afghan military and security forces, would be ended.

From the standpoint of the agreement itself, Ghani’s actions were not immediately fatal; US officials have noted that the agreement, the details of which remain secret, does not make the withdrawal of US and allied troops contingent on talks between the Taliban and the Afghan government about the future of Afghanistan. By taking his position on prisoners, Ghani is playing a very weak hand poorly, overplaying the sovereignty card at a time when Afghanistan is totally reliant upon US security and financial assistance for its continued survival.

Moreover, by threatening the peace deal, Ghani is treading in American domestic politics on the cusp of a presidential election where Trump has expended considerable political capital to make an Afghan peace deal a reality. In the days ahead, concerted pressure can be expected to be brought to bear on Ghani by senior US military and diplomatic officials to get him to change his position. At the end of the day, it is President Trump, and not the Taliban, who stands to lose the most if Ghani successfully scuppers the peace agreement.