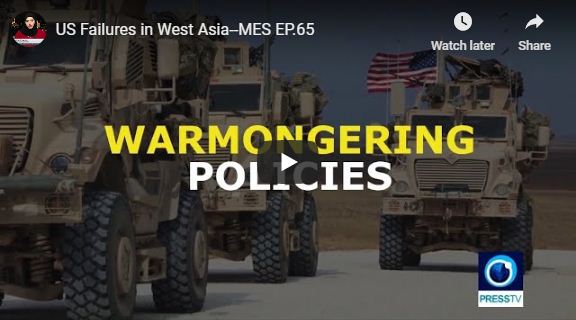 The actions of the US and its allies, most so the Zionist regime of Israel, in the region show its inclination to spread its hegemony over the international arena, especially to establish the hegemony as a blanket to cover the whole Middle East area. But it seems that by disregarding international norms and through the use of military power, aggravated by economic problems, the US has by degrees lost what it takes to become a hegemonic power. To discuss this issue with us from Berkeley is Paul Larudee former US advisor to the KSA.

ISIS is concentrating its efforts on reorganizing its forces in Iraq as the US occupation supposedly prepares to leave the country. However, this resurgence at his particular point in time seems to only benefit the US occupation and it’s so called international coalition so as to refrain from leaving the country under the pretext of Isis returning. To discuss this issue with us from Beirut is Mohamad Obeid political commentator.

0 thoughts on “US Failures in West Asia–MES EP.65”