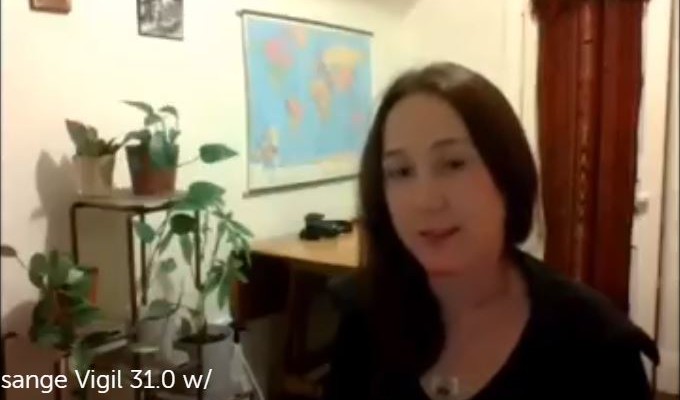 Interview I did recently on the Free Assange Vigil.

At around 16:00, I made the point that we should thank the Syrian people, who have had the most powerful nations in the world warring on them. They stood with their country, their leadership, their army (they are the army). The worst war propaganda has been slung against them. Their voices are neglected and Syrian journalists’ voices are neglected.

I mention the injury and murder of Syrian journalists, and the Russhophobic slandering of anything to do with Russia, Russian media, leadership. Russian reporting on Syria has been consistently based on facts on the ground and reality.

Finally, I also said we should recognize that the Syrian leadership has been right, everything they’ve said about what’s going on in Syria has been true. But people don’t want to say that because they don’t want to be called some sort of derogatory term.

0 thoughts on “Interview on the Free Assange Vigil”