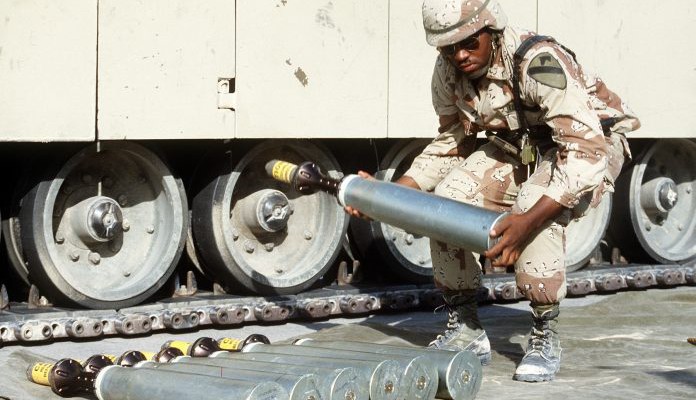 The U.S. Army has posted a notice on the U.S. government’s contracting website, asking contractors for information about their ability to deliver Special Ammunition and Weapon Systems among which depleted uranium tank ammunition and Non-NATO Commercial Ammunition to undisclosed locations overseas.

According to the notice, published on May 24, the U.S. Army looks to acquire special ammunition for use with Russian-made assault rifles, pistols, sniper rifles and machine guns.  According to the general specifications, the US Army wants to buy small-calibre ammunition for use with Makarov and Tokarev pistols, AK-47 assault rifles, PKM and YaKB/DshKM machine guns, SVD Dragunov sniper rifles.

The U.S. Army Contracting Command, on behalf of the Office of the Project Manager, Maneuver Ammunition Systems (OPM-MAS), is issuing a market survey to identify technically and financially capable sources for supplying and delivering multiple variants of Special Ammunition & Weapon Systems (SAWS) and Non NATO commercial ammunition from around the world for delivery to OCONUS locations. The period of Fiscal Year 2021 – 2026 is contemplated for this acquisition.

The US military’s use of depleted uranium (DU) in Iraq in 2003 has led to a sharp increase in Leukemia and birth defects among the local population. At least 440,000kg of DU were used in Iraq, some ending up as DU dust, and some as corroding penetrators – leaving a still unknown number of sites with contaminated vehicles, buildings and soils, according to a Dutch report.“The exposure risks to civilians from the use of DU in populated areas have been compounded by the US persistent refusal to release the data that could have helped facilitate the effective assessment and clearance work, providing that the Iraqi government had the capacity and finances to undertake it. Taken as a whole, these issues cast serious doubts over the legitimacy of the use of DU,” the Dutch report says.

Despite vowing not to use DU munitions, the US Army used such radioactive munitions in Syria in 2015. According to U.S. Central Command (CENTCOM) spokesman Maj. Josh Jacques, 5,265 armor-piercing 30 mm rounds containing depleted uranium (DU) were shot from Air Force A-10 fixed-wing aircraft on November 16 and November 22, 2015, destroying about 350 vehicles in the country’s eastern desert.