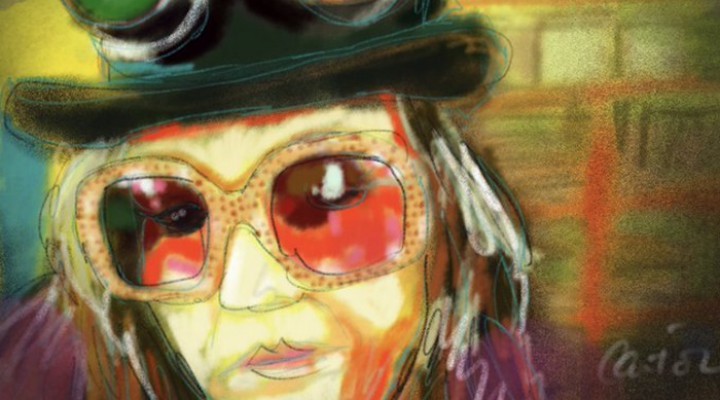 Make no mistake, maintaining narrative control is the single highest priority of the establishment. Not keeping taxes down, not keeping Bernie out of office, not even keeping the wars going. Without narrative control, their entire empire will crumble. Never lose sight of this.

A neocon is like a broken clock that’s wrong two extra times per day.

Russiagaters say “Read the Mueller report” and pretend it’s an argument, not because the report validates their position (it does the exact opposite), but because they know hardly anyone’s read it so they can just wave their hand at it and pretend it contains things it doesn’t.

There’s nothing moderate about so-called “centrists”; they’re violent extremists and their ideology threatens our entire world. But even if they were moderates, moderation and incremental change isn’t what we need now; we need drastic changes. Even their stated position is bogus.

Journalism is like art: if you do it with the goal of becoming rich and famous, it’s going to suck. Yet there are all sorts of mechanisms in place within news media to reward this precise mentality, and to ensure that these types of journalists are elevated above all the others.

Things won’t turn around for humanity until we have at least one positive desire to shove toward together. Right now all we have is a bunch of things we don’t want and an inability to decide what we do want, which keeps us in a state of inertia relative to our oppressors. Once we’ve got one positive thing that is both (A) outside the status quo and (B) sufficiently alluring to get a critical mass pushing for it, change will be rapid and inevitable. Right now our rulers are the only ones with a clear idea of what they want, which is why they’re winning.

The best form of meditation is to just allow everything to be as it is, without trying to manipulate or control your experience. This is also the best form of foreign policy. The path to world peace is the same as the path to inner peace: just quit trying to control everything. “But-but-but if we don’t control the world, the world will be out of our control!” is the most common objection to anti-interventionist foreign policy. It’s also the mind’s most common objection during meditation. We’ve all got a miniature John Bolton living in our head assuring us that the world is a hostile place which we must bring to heel by any means necessary. As within, so without: we will know peace when we finally rid ourselves of the John Boltons.

I still can’t get over the fact that the UK has a Queen. She wears a crown and everything. She’s in charge and can oust the Prime Ministers of Australia and Canada whenever she wants. If that’s not crazy enough, when she dies it’ll be a king. “Hello I’m a king lol.” It’s nuts.

I know a lot of Americans are freaked out by Trump’s wall because of how it makes them feel about their country, but FYI from an outsider’s perspective building a wall would be one of the less horrific things the US government is currently doing.

I like Twitter. I have fun there. I’m really going to miss it when I say something a little bit imperfectly and get permabanned after being mass reported by imperialist mouth breathers.

There are a lot of weird things about the Epstein case, but the absolute weirdest is how we learned that western intelligence agencies are using children as sex slaves to manipulate world affairs and, even after two years of #MeToo, we’re just kind of pretending it didn’t happen.

People ask me what to do about the mess we’re in, and my best answer is that I’m leading by example here. Do like me and punch as many holes as possible in the establishment narrative matrix. We need revolution, but we need to wake people up first. My example is my main argument.

Human minds are preconditioned to select for cognitive ease, which means preferencing the familiar/unchallenging. That’s why Dems are still blaming 2016 on Susan Sarandon, Assange & Russia. It’s also why people avoid looking at the evidence that everything they believe is a lie.

If the future of automation and AI remains controlled by plutocrats instead of the people, they will neuter the left forever, far more effectively and definitely than any government agencies have been able to.

When you’re a kid you think you’ll grow up and stay up all night and eat tons of ice cream and watch cartoons all day, but then as an adult you discover it’s not really like that, but then later you figure out that sometimes it can totally be exactly like that and it’s awesome.

It’s not just that the powerful are constantly manipulating our minds with propaganda — it’s that the science for doing so is constantly advancing. As AI improves narrative control will get exponentially more advanced. We’ve got no choice but to change the way our minds work.

The popular concept of “humility” exists primarily as a tool of social control; it benefits the powerful to have a meek and modest citizenry, so they made it a virtue using religion. True humility is much rarer and deeper: the ability to wonder if everything you believe is wrong.

As long as the plutocratic class is able to use its media influence to control people’s minds, elections will still go toward maintaining the status quo even if the US has a perfect election system. Their narrative control must be ended. This can be done by weakening public trust in the plutocratic propaganda machine. Trust in the mass media is already at an all-time low while our ability to network and share information is at an all-time high; we just need to exacerbate that.

People don’t understand just how mentally damaging abuse can be. I’ve spent years repairing my mind from an abusive relationship, and only now am I beginning to feel like I’ve reclaimed all or most of my mental faculties. In hindsight it looks like I was literally brain damaged.

Even many revolution-minded people are held back from really pushing for what they want by fear of the unknown world they’ll create. They don’t yet realize that we’ve nothing to lose by taking a leap; we’re in a burning building and the jump is already safer than staying put.

We are all hurtling toward death together
on a little blue ball through infinite blackness
in a universe that none of us understand.

But what really matters,
what really, truly, deeply matters,
is that there are strangers on the internet
who have the wrong opinions.

0 thoughts on “Random Thoughts About Life, Politics, And Humanity”