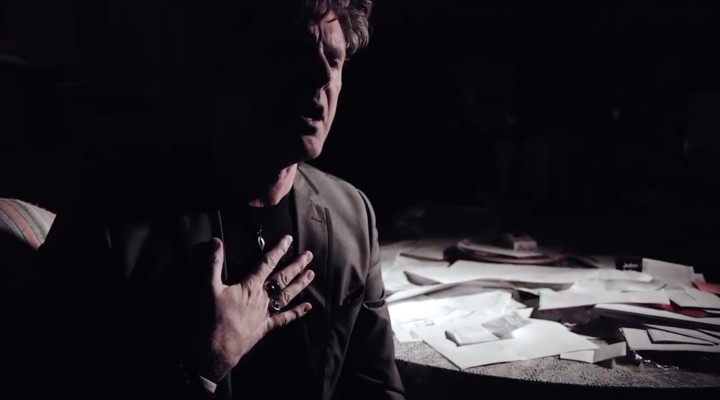 As many of my readers may remember, back in April of last year I made a post releasing my content free for anyone to use however they like. It sprang from someone on Twitter telling me that they wanted one of my tweets on a bumper sticker. I was like “Man, I don’t have time for any of that,” but then I thought, “Maybe someone else will?” That one single post birthed some of the most natural and easy collaborations I have ever been blessed to be a part of, many without my knowledge or input. Life has become this strange and exhilarating peregrination where I never know what delightful morsel is going to show up next.

A few weeks ago, an Irish singer-songwriter called Michael Brunnock messaged me on my Facebook page with a song that he had created from a poem I published a while back called “A Blessing for Anyone”. He was tentative at first, as anyone would be, hoping that I would like his creation.

Guys, you have to hear this song. The first time I heard it, it moved me to tears. The second time I saw it, this time with the video, it had an even more extraordinary emotional effect.

Now it turns out this Michael Brunnock guy is a kind of a big deal. He’s a musicians’ musician who has collab’d with a lot of my personal favorite musicians like Talking Heads’ David Byrne for the movie This Must Be The Place, opened for the Irish institution The Frames, played with their enigmatic front man Glen Hansard, and with Brendan Perry from Dead Can Dance. Like many of this in this new movement he is much more at home in the role of humble servant to the muse than being a flashy self-promoter, which is what makes him a wonderful musician, but is also why you’ve probably never heard of him.

I think that’s about to change in a big way. Please share this around as much as you can. I always say that those who control the narrative, control the world, and our popular culture is the genesis of where that narrative springs from. We need to seize the means of creating culture, take it out of the hands of the social engineers who have us all stanning for billionaires at the expense of the planet, and start making beautiful, inspiring, healthy memes to feed our hearts and souls with. This is one such effort to do so.

If you love and it and you’d like to hear more, check out his website, follow him on Spotify, Facebook, and maybe even consider being one of Michael’s first patrons on Patreon. I have a feeling that that’s an investment that will yield big bragging dividends in the very near future.

But whatever you do, take a moment, get yourself somewhere quiet, sit yourself down, and open your heart to this song. I swear to God it changes you, in a really good way.

A note to the songwriter: Thank you, Michael. Thank you for everything you’ve done in your life this far to make it possible to bring this song to fruition. I am on-my-knees grateful for your talent, skills and courage to keep going in a world that is hostile to gentleness and beauty. In the scorched-earthed carnage of the last few weeks of white-noise narrative confusion, where all the old narratives have fallen away, a space has opened up where no stories exist yet. I can see your song sprouting its little head up above the fresh soil. I pledge to help nurture and protect it.

Artists of the world, it’s time to create.