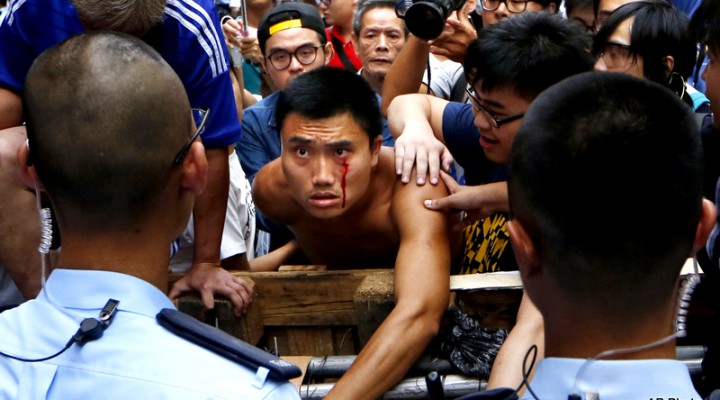 It is inconceivable that the organizers of the protests are unaware of the NED ties to some of its members.

MPN- Protesters in Hong Kong attempted to storm the parliament on Tuesday in opposition to an amendment to the autonomous territory’s extradition law with mainland China. The protest’s messaging and the groups associated with it, however, raise a number of questions about just how organic the movement is.

Some of the groups involved receive significant funding from the National Endowment for Democracy (NED), a CIA soft-power cutout that has played a critical role in innumerable U.S. regime-change operations.

House Speaker Nancy Pelosi weighed in on the bill, which is being considered in Hong Kong’s parliament, arguing that, should it pass, Congress would have to “no choice but to reassess whether Hong Kong is ‘sufficiently autonomous’ under the ‘one country, two systems’ framework.”

The State Department has also weighed in, saying it could “could undermine Hong Kong’s autonomy and negatively impact the territory’s long-standing protection of human rights, fundamental freedoms and democratic values.”

159 people are talking about this

The Canadian and British foreign ministries have also thrown their weight behind those opposing the bill.

By all indications, protesters are just getting started. On Wednesday, some told international media that they would try to storm parliament again. Protesters have been met with the use of tear gas and rubber bullets by police.

The protesters appear to be trying to raise awareness among Western audiences, using the “AntiExtraditionLaw” hashtag and signs in English. In one photograph, a group holds dozens of the old Hong Kong flags, when the territory was under the control of the British crown, while bearing a sign that accuses China of “colonialism.”

The amendment to the extradition law would “allow Hong Kong to surrender fugitives on a case-by-case basis to jurisdictions that do not have long-term rendition agreements with the city.” Among those jurisdictions are mainland China and Taiwan. Ian Goodrum, an American journalist who works in China for the government-owned China Daily newspaper, told MintPress News:

It’s unfortunate there’s been all this hullabaloo over what is a fairly routine and reasonable adjustment to the law. As the law reads right now, there’s no legal way to prevent criminals in other parts of China from escaping charges by fleeing to Hong Kong. It would be like Louisiana — which, you’ll remember, has a unique justice system — refusing to send fugitives to Texas or California for crimes committed in those states.

Honestly, this is something that should have been part of the agreement made in advance of the 1997 handover. Back then bad actors used irrational fear of the mainland to kick the can down the road and we’re seeing the consequences today.”

Like the U.S. government, the NGO-industrial complex appears to be wholly on-board. Some 70 non-governmental organizations, many of them international, have endorsed an open letter urging for the bill to be killed. Yet it is signed only by three directors: Amnesty International, Human Rights Watch, and the Hong Kong Human Rights Monitor (HKHRM).

The protests mark the latest flare-up in longstanding tensions over Hong Kong’s relationship with the mainland. In 2014, many of the groups associated with the current movement held an “Occupy” protest of their own over issues of autonomy. A police officer blows the whistle to the protesters as they remove the barricades at an occupied area in Mong Kok district of Hong Kong, Nov. 26, 2014.

Ironically, the issue of autonomy is not just of importance to Hong Kongers, but to the United States government as well. And it’s not all just harshly worded statements: the U.S. government is pumping up some of the organizers with loads of cash via the NED.

Something about the Hong Kong protests’ messaging seems tailor-made for Western audiences. Most signs I am seeing also happen to be in English 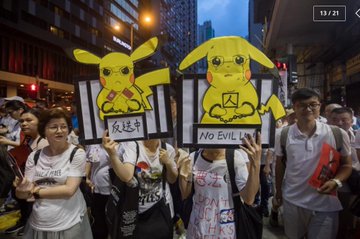 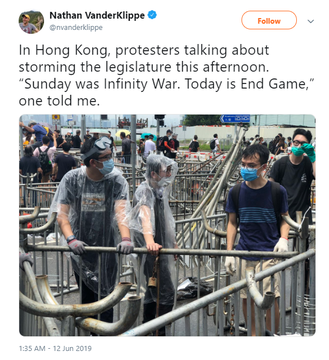 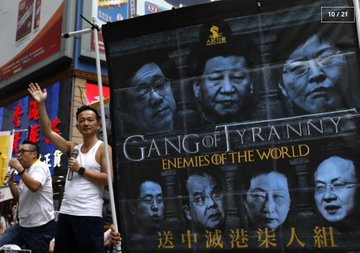 106 people are talking about this

Maintaining Hong Kong’s distance from China has been important to the U.S. for decades. One former CIA agent even admitted that “Hong Kong was our listening post.”

The NED was founded in 1983 following a series of scandals that exposed the CIA’s blood-soaked covert actions against foreign governments. ‘It would be terrible for democratic groups around the world to be seen as subsidized by the CIA,’ NED President Carl Gershman told the New York Times in 1986. ‘We saw that in the Sixties, and that’s why it has been discontinued. We have not had the capability of doing this, and that’s why the endowment was created.’

Another NED founder, Allen Weinstein, conceded to the Washington Post’s David Ignatius, ‘A lot of what we do today was done covertly 25 years ago by the CIA.’”

The NED has four main branches, at least two of which are active in Hong Kong: the Solidarity Center (SC) and the National Democratic Institute (NDI). The latter has been active in Hong Kong since 1997, and NED funding for Hong Kong-based groups has been “consistent,” says Louisa Greve, vice president of programs for Asia, the Middle East and North Africa. While NED funding for groups in Hong Kong actually dates back to 1994, 1997 was the year the territory was transferred from control by the British.

The MacDonalds in Admiralty station concourse is doing a roaring trade again. Any good protest in the west, first thing we’d do is put a bin through the window. Here, it’s the protest site canteen. It was a 24 hr Maccy D’s in 2014 though, wonder if they’ll open late for us.

Through its NDI and SC branches, NED has had close relations with other groups in Hong Kong. NDI has worked with the Hong Kong Journalist Association, the Civic Party, the Labour Party, and the (Hong Kong) Democratic Party. It isn’t clear whether these organizations have received funding from the NED. SC has, however, given $540,000 to the Hong Kong Confederation of Trade Unions in the course of just seven years.

The coalition cited by Hong Kong media, including the South China Morning Post and the Hong Kong Free Press, as organizers of the anti-extradition law demonstrations is called the Civil Human Rights Front. That organization’s website lists the NED-funded HKHRM, Hong Kong Confederation of Trade Unions, the Hong Kong Journalists Association, the Civic Party, the Labour Party, and the Democratic Party as members of the coalition.

It is inconceivable that the organizers of the protests are unaware of the NED ties to some of its members. During the 2014 Occupy protests, Beijing made a big deal out of NED influence in the protests and the foreign influence they said it represented. The NED official, Greve, even told the U.S. government’s Voice of America outlet that “activists know the risks of working with NED partners” in Hong Kong, but do it anyway.