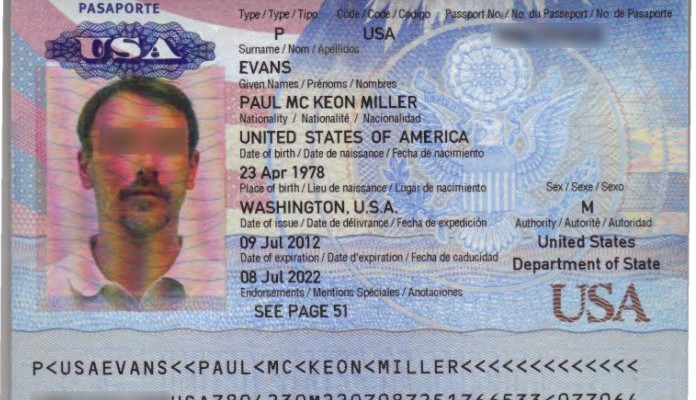 Leaked documents including scanned passports of US, Saudi and UAE arms dealers and government officials expose for the first time an international weapons shipment network for arming militants in Yemen, including Islamic State terrorists in Yemen.

Recently I anonymously received explosive documents from the Serbian state-owned arms manufacturer Krusik, including e-mails, internal memos, contracts, photos, delivery schedules, and packing lists with lot numbers of weapons and their buyers. Among the leaked documents I also received scanned passports of arms dealers and government officials from the US, Saudi Arabia and UAE. They visited the Serbian arms factory to purchase weapons (mortar shells and rockets) on behalf of the US Government, Saudi Defence Ministry and UAE Army.  Some of these weapons, however, have ended up with terrorists in Yemen.

Tracing Islamic State weapons in Yemen back to their suppliers

Serbian mortar shells manufactured by the Serbian state-owned arms factory Krusik can often be seen in the hands of Islamic State terrorists in their propaganda videos in Yemen.

Serbian weapons with Islamic State in Yemen
1 of 12

I traced back two particular lots of Serbian mortar shells whose identification marks were clearly visible. I used the documents that were leaked to me from the Serbian arms factory Krusik to find out who had originally ordered and purchased these lots of weapons.

The two letters KV mean that those mortar shells were manufactured by the Serbian arms factory Krusik (K stands for Krusik and V – for Valjevo, the town where the factory is located). The following digits 04/18 mean that the mortar shells are lot 04, produced in 2018.

According to the documents, such 82 mm M74HE mortar shells KV lot 04/18 which appear in the Islamic State video in Yemen were purchased by the American company Alliant Techsystems LLC (a wholly owned subsidiary of ATK Orbital, USA) on behalf of the US Government.  The end user indicated is the Afghan Army. However, weapons from this particular lot appear with Islamic State terrorists in Yemen.

These mortar shells 81 mm M72 HE KV Lot 01/18 were purchased by the Saudi Ministry of Defence, according to documents from the manufacturer Krusik. The exporter was the Serbian private company GIM, represented by the Serbian interior minister Nebojsa Stefanivic’s father – Branko Stefanovic. Besides being interior minister, his son Nebojsa Stefanivic is also the vice prime minister of Serbia.

GIM signed four contracts with Saudi Arabia for the delivery of 517,000 pcs. of mortar shells from Krusik (one contract – in 2016, and three contracts – in 2018 respectively). The exporter from Serbia was GIM and the importers in Saudi Arabia were two private companies: Rinad Al Jazira, Saudi Arabia and Larkmont Holdings LTD, an offshore company registered in the British Virgin Islands. The end user was the Ministry of Defence of Saudi Arabia.

A GIM letter dated 27 April 2017 to Krusik lists the names of three GIM representatives and three Raniad Al Jazira employees who visited the arms factory in order to inspect and accept the ordered weapons. Among the GIM representatives was Branko Stefanovic. The three Saudi representatives listed were Muhammad Abdulkareem Alhassan (a Saudi national), Chadi Chaarani (a Lebanese national with a Canadian passport), and Zeid Haidar Abdel Rahman Madi (a Jordanian national). Their passports are also attached to the letter with which GIM wanted permission from Krusik to access the military facility.

GIM also sold Serbian weapons manufactured by Krusik to the Saudi Defence Ministry via an offshore company registered in the British Virgin Islands, Larkmont Holdings LTD, according to leaked e-mails from GIM to Krusik.

There is no information about the owner of Larkmont Holdings LTD, British Virgin Islands. However, indirect links suggest Saudi ownership. According to the Cyprus Trade Registry, the offshore company is a shareholder in a local company, Milvards Limited, along with a Saudi national, Yousef Alotaibi. The company provides security services, general merchandise, and more.

GIM purchased weapons from the Serbian state-owned company Krusik at a much lower price than other Krusik’s customers, which raises questions as to whether the state-owned company was defrauded by these deals. Not only did these weapons end up with Islamic State in Yemen, but they were also purchased by GIM (the company represented by the Serbian vice prime minister’s father) at a much lower price than the price initially offered by Krusik, as internal documents reveal.

Furthermore, the price which GIM pays per piece of mortar shell is much lower than the price per piece of the same item which the state-owned company Jugoimport SDPR, for instance, pays.

According to the leaked documents, the state-owned arms manufacturer Krusik has been defrauded of hundreds of thousands of dollars intentionally for the benefit of the private arms company GIM.

The weapons were exported from GIM to Saudi Arabia directly on Silk Way Airlines flights, or by sea from the port of Burgas in Bulgaria to Jeddah in Saudi Arabia.

Silk Way Airlines, which the Saudi Ministry of Defence commissioned to transport the Serbian weapons on diplomatic flights, is an Azeri state-run company. Diplomatic notes, which were leaked to me in 2017, revealed that Silk Way Airlines carried out 350 diplomatic flights with weapons for terrorists in Syria, Afghanistan, Yemen and Africa. The flights were chartered by the Pentagon, Saudi Arabia and UAE. Diplomatic flights are exempt from inspections and air bills. The same air company, Silk Way Airlines, was chartered by the Pentagon to transport Serbian mortar shells to Afghanistan on 8 May 2018. Such weapons from the same lot as those transported to Afghanistan appeared in a recent Islamic State video in Yemen.