HOME / WORLD / The United States: a Record-Holder in Political Assassinations 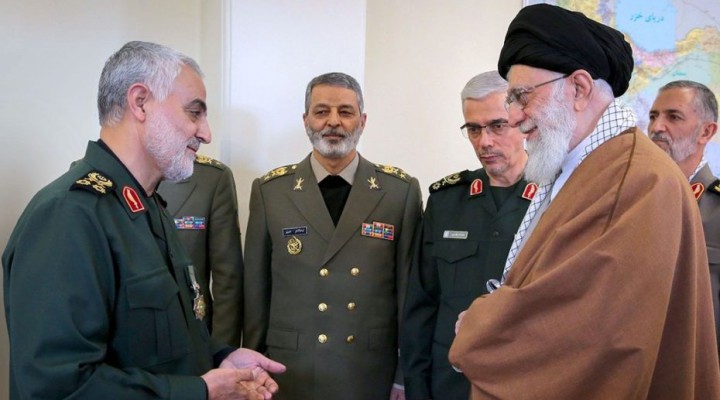 The crowing by Donald Trump that he “terminated” the commander of the Islamic Revolutionary Guards Corps Quds Force, Major General Qaseem Soleimani, simply because Trump believed, mobster-style, that he had it coming, should remind the world that the United States government stands as the world’s record-holder in either directly carrying out or coordinating with other parties the assassination of political leaders, American and foreign.

In most cases in the past, assassinations ordered by the U.S. intelligence infrastructure had the veneer of “plausible deniability.” Even with the release of millions of formerly classified intelligence documents, the Central Intelligence Agency continues to manage to hide behind the plausible deniability façade. The recent order by Trump for the U.S. military to assassinate Soleimani was not only made public, but it also involved a major international assassination program that also successfully targeted Abu Mahdi al-Muhandis, the Iraqi commander of the Popular Mobilization Forces (PMF), the closest thing Iraq has to a National Guard. Al-Muhandis and Soleimani were traveling in the same motorcade at Baghdad International Airport when their vehicles were struck by a drone-launched missile. In another attempted assassination by missile, the chief treasurer for the Quds Force, General Abdul Reza Shahlai, escaped being targeted by a U.S. missile aimed at what believed to have been his location in Yemen.

Trump’s assassination program was eerily similar to a plan the CIA developed in 2001 as a result of strong pressure from Vice President Dick Cheney. Although Cheney’s CIA operation supposedly targeted Al Qaeda leaders for assassination, it came dangerously close to violating a series of presidential orders from Presidents Gerald Ford, Jimmy Carter, and Ronald Reagan prohibiting the targeting of foreign government officials for assassination. Reagan’s Executive Order 12333, which updated those of Ford and Carter, stipulated: “No person employed by or acting on behalf of the United States Government shall engage in, or conspire to engage in, assassination.” Executive Order 12333 was weakened by follow-on orders signed by Bill Clinton and George W. Bush. The relaxed presidential orders permitted the assassination of specially designated terrorist leaders.

In June 2009, CIA director Leon Panetta canceled the assassination program because of its potential illegality and the fact that Cheney had hidden its existence from congressional overseers. The Cheney program had relied on armed drones to carry out assassinations of presumed terrorist leaders. With the Trump-ordered assassinations of Soleimani and al-Muhandis, both of whom cooperated with U.S. and other forces in the battles against the Islamic State and other Sunni jihadist groups in Iraq and Syria, the old Cheney program appears to have been reinstated.

The U.S. House Select Committee on Assassinations (HSCA) conducted studies and hearings on the 1963 assassination of President John F. Kennedy and that of Dr. Martin Luther King in 1968. The HCSA, which did not receive full cooperation from the U.S. intelligence and federal law enforcement communities, concluded Kennedy and King were likely assassinated as the result of conspiracies. The HCSA, against mountains of evidence to the contrary, also concluded that no agency of the U.S. government was involved in either of the two assassinations. The HCSA did not examine evidence of wider conspiracies involving the U.S. government in the June 1968 assassination of Senator Robert F. Kennedy, the 1970 airplane crash that killed United Auto Workers union president Walter Reuther, or the 1972 attempted assassination of Alabama Governor and presidential candidate George Wallace.

After the HCSA completed its inquiry, there would be future questions over the use of U.S. intelligence assets to carry out domestic political assassinations, including the 1980 assassination of famed musician John Lennon and the attempted assassination of President Reagan in 1981. Both, as well as that of Senator Robert Kennedy, bore the signature of the use of pre-programmed assassins, which was a central feature of a mind-control operation the CIA codenamed MK-ULTRA.

U.S. Secretary of State Mike Pompeo has indicated that the Trump administration has not only restored the Cheney policy of targeted assassinations but reserves the right to carry out assassinations of other “challengers” to U.S. interests. In a speech at the Hoover Institution at Stanford University, which was titled “The Restoration of Deterrence: The Iranian Example,” Pompeo stressed that additional leaders of Iran, presumably including Supreme Leader Ayatollah Ali Khamenei, as well as leaders of Russia and China, could be targeted for assassination as part of America’s “bigger strategy.” Pompeo stressed that the new U.S. deterrence through assassination policy “isn’t confined to Iran.” In addition to Iran, Russia, and China, Pompeo indicated that political and religious leaders in Iraq, Syria, Yemen, Lebanon, and elsewhere were subject to U.S. assassination. That has been taken by many in the Middle East to include the leadership of Lebanese Hezbollah, the Houthis in Yemen, and Hamas in the Gaza Strip.

Pompeo indicated that prior to assassination, targets will be treated to pre-assassination measures, including freezes on their foreign bank accounts and other financial assets. Those officials currently in the pre-assassination phase of being sanctioned include Ali Shamkhani, the Secretary of Iran’s Supreme National Security Council; Mohammad Reza Ashtiani, the Deputy Chief of Staff of Iranian armed forces; and Gholamreza Soleimani, the head of the Basij militia of the Islamic Revolutionary Guards Corps (IRGC). Lebanese officials in the pre-assassination category include Amin Sherri and Muhammad Hasan Ra’d, both Hezbollah members of the Lebanese Parliament, and Wafiq Safa, a Hezbollah liaison officer to the Lebanese security forces.

All Pompeo has managed to accomplish is that any future suspicious deaths or assassinations of any world leader or policy maker will be seen as having possible American fingerprints, and justifiably so. Pompeo’s speech has refocused attention on the October 2, 2018 assassination by Saudi intelligence agents of Washington Post columnist Jamal Khashoggi at the Saudi Consulate-General in Istanbul. That assassination appears to have been known in advance to Trump’s son-in-law, Jared Kushner, who maintains a close personal relationship with Saudi Crown Prince Mohammed bin Salman (MBS), the main architect of Khashoggi’s murder.

Pompeo insists that the new U.S. policy is to deter foreign threats to the United States. Skeptics of the policy believe that it is not U.S. national security that Pompeo is interested in protecting, but Donald Trump’s personal welfare. The suspicious death in a New York federal detention center of one-time Trump friend Jeffrey Epstein, who was arrested in July 2019 and charged with international underage female sex trafficking, have many in the United States and abroad concerned that Pompeo, and Attorney General William Barr are running some sort of “Murder, Incorporated” to silence those who pose a threat to Trump and his vested interests. An Epstein trial could have revealed information about the nature of his relationship with Trump that would have posed a direct threat to the Trump presidency.

0 thoughts on “The United States: a Record-Holder in Political Assassinations”