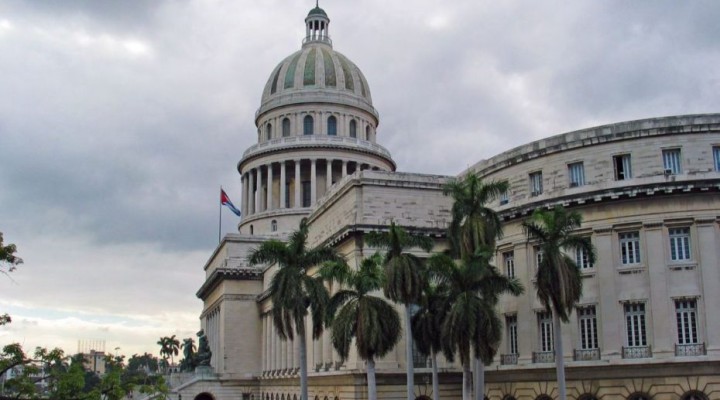 Introducing a destructive non-native invasive species to a habitat, where they will cause maximum harm, has been part of the CIA’s playbook for decades.

What was purported by the Trump administration to have been widespread illnesses of US diplomats in Cuba resulting from the use – by some nefarious state actor – of advanced acoustic warfare weaponry, turned out to be caused by the mating calls of crickets. In response to accusations that a sonic weapon was targeting US personnel in Cuba, the Trump administration withdrew half of its staff from the US embassy in Havana and expelled 15 Cuban diplomats from their embassy in Washington, DC. During 2017, some 26 US diplomats complained of nausea, headaches, vision problems, cognitive disorders, and other maladies brought about by a high-pitched drone sound they experienced at their homes and hotels.

In fact, a detailed study of the phenomenon revealed that the culprits were not the Russian, Chinese, or Cuban intelligence services but Indies short-tailed cricket, scientifically known as “Anurogryllus celerinictus.” The male mating call of these pesky nighttime creatures is at 7 kilohertz, just the right frequency to cause discomfort and sleeplessness for some humans.

Two biologists – Dr. Fernando Montealegre-Zapata of the University of Lincoln in the United Kingdom and Alexander Stubbs of the University of California – ran comparative studies of the recordings taken of the suspect sounds affecting the Americans in Cuba and those of the Indies cricket. The result is that the acoustic pulse repetition rate, frequency harmonics, and duration matched almost completely with those of the Indies short-tailed cricket. The slight variance between the sounds was due to recordings taken outside and those taken indoors, with echoes caused by walls and floors accounting for the slight difference. The two scientists’ initial findings received favorable peer reviews from their academic colleagues.

An intriguing detail of the study is that the Indies short-tailed cricket is found in various parts of the Caribbean but is not known to inhabit Cuba. In 2018, an interim report by Federal Bureau of Investigation (FBI), which worked with Cuban authorities, concluded that the shrill sounds, alone, could not have caused the medical problems experienced by the diplomats.

The Cuban government denied US allegations of sonic weaponry use. A Cuban scientific study of the recordings of the sounds purported by Washington to be caused by acoustic warfare weapons generally agreed with that of the study of Montealegre-Zapata and Stubbs: the recordings taken in Havana were comparable to the sounds made by cicadas and crickets along the Cuban coast. However, the Cuban study did not focus in on the non-indigenous Indies short-tailed cricket as the source of the offending sound because the species is not native to Cuba.

The Indies short-tailed cricket is found in Jamaica, the Cayman Islands, and, more intriguingly, the Florida Keys. The main beneficiary of the freezing of relations between Cuba and the United States was the right-wing Cuban exile community in south Florida, which includes the Keys and southern Miami-Dade County, where the Indies cricket is known to thrive. The exile community, which has longstanding links to the Central Intelligence Agency, may have introduced the Indies short-tailed cricket to the American diplomats’ neighborhood in Havana, with the full knowledge and intent that the creatures would eventually cause health problems for the Americans, problems that could later be blamed on acoustic weapons being used by the Cuban Russian, Chinese, or North Korean governments or all four of them acting in concert. Such outlandish claims were pushed by the right-wing media in the United States.

Introducing a destructive non-native invasive species to a habitat, where they will cause maximum harm, has been part of the CIA’s playbook for decades. The CIA’s plans to conduct biological warfare operations largely involved Cuba and its expatriate community living in south Florida. For example, the CIA’s project SQUARE DANCE, run jointly with the Joint Chefs of Staff, involved destroying Cuba’s sugar cane crop by introducing Bunga, scientifically known as Aeginetia Indica, a sugar cane plant parasite. SQUARE DANCE also involved introducing to Cuba hoof-and-mouth disease to destroy Cuba’s livestock population of cattle, sheep, goats, and pigs. SQAURE DANCE was intended to “bring about the collapse of the Castro regime.”

In 1972, CIA agent operating in Cuba, drawn mostly from the Cuban exiles in Florida, introduced swine fever into Cuba’s pig population. Cuba was forced to euthanize 5000,000 pigs as a result. The virus came from biological warfare stocks maintained at Fort Gulik in the Panama Canal Zone. Between 1979 and 1981, the CIA, again with the help of Cuban exiles in south Florida, introduced to Cuba hemorrhagic conjunctivitis, dengue fever, Bunga, and tobacco mold. Some of these were air-dispersed by commercial aircraft en route from Miami to Grand Cayman.

It is not beyond the capabilities of the Cuban exile community in south Florida, which has never abandoned its hopes of overthrowing the socialist government of Cuba, from digging into the CIA’s biological warfare manuals and discovering the benefits of introducing the Indies short-tailed cricket into certain parts of Havana, namely, the hotel and Cuban government-owned housing area for diplomats, to wreak havoc with the health of American personnel.

There are a few clues that point to the Indies short-tailed cricket being introduced to Havana with intended consequences of causing a rupture in US-Cuban ties. One is that the effects of the cricket mating calls did not just affect Americans. Ten Canadian diplomats were also affected by the cricket acoustic emanations and were sent home to Canada. The Canadians lived in the same general locale as their American counterparts. Had sonic weaponry been used, it would have targeted only the Americans. However, with the crickets, the impact footprint would have been much larger and less discriminating in relation to targeted victims. In May 2018, a US consular official in Guangzhou, China experienced similar symptoms as the diplomats in Cuba. China was as baffled as Cuba and announced it was investigating the incident.

If the Indies short-tailed cricket has been weaponized, which the US has done with other animals, including dolphins, porpoises, whales, otters, bats, rats, cats, badgers, coyotes, various bird species (particularly, ravens, owls, and pigeons), and insects, we may have witnessed the first salvos in Cuba and China of false flag operations involving insect wars. After all, insects have been the stuff of many spy and mystery thrillers. Who doesn’t remember James Bond contending with a poisonous tarantula in “Dr. No” or Hercule Poirot encountering a deadly cobra in “Death on the Nile?”

In the 1980s, the US Navy was known to have used dolphins to assist in the mining of Nicaraguan harbors. Dolphins trained in anti-personnel warfare by the Navy were reportedly unleashed from their marine pens in Cam Ranh Bay to kill some 60 North Vietnamese demolition frogmen during the Vietnam War.

The US Defense Advanced Research Project Agency’s (DARPA) currently funds a program called “Insect Allies.” Insects, including aphids, spiders, white flies, grasshoppers, and cockroaches, are being weaponized to either deliver payloads or conduct surveillance. The question must be asked: Has the CIA or its Cuban exile assets in the Florida Keys enlisted the Indies short-tailed cricket into their army of false flag attack warriors?