Federations No Longer a Fad 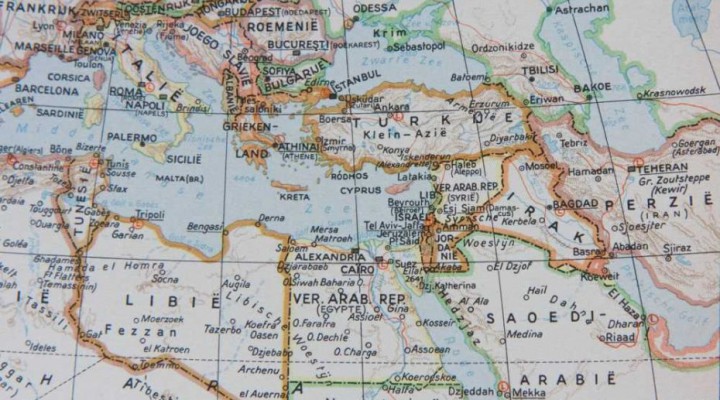 Unions and federations of nations, like the marriages of people, often end in divorce. Perhaps the international bureaucracy should take that fact into consideration before international political unions even occur.

There was once an interest around the world in forming political unions between nations or confederations of several states. As the European Union faces possible withdrawal by the United Kingdom, political unions are no longer a fad. The creation of the United Nations by the victorious Allies in 1945 gave some impetus to the formation of unions and federations, however, old political, economic, social, and religious animosities resulted in many federations ending up on the list of defunct attempts to unite small nations into single entities.

Senegambia’s confederal agreement permitted its constituent members – Senegal and Gambia – to conduct their own foreign policies and maintain their individual seats in the United Nations. The ultimate failure of Senegambia was foreseen in Clause 17 of the confederal agreement, which stipulated that “each Confederated State may conclude International Agreements in accordance with its constitutional requirements.” When it came for both nations to more closely link their governments in a unitary entity, they, particularly Gambia, balked. The idea for a political union of Senegal and Gambia grew out of a United Nations report commissioned in the 1960s. For some reason, the UN believed that Senegal, a French-speaking former French colony, and Gambia, an English-speaking former British colony, would harmoniously come together like two jigsaw puzzle pieces. With their significant political and cultural differences, Senegal and Gambia resisted further efforts at integration. When the confederation ended in 1989, Senegalese President Abdou Diouf discovered, to his chagrin, that Gambia’s restored national sovereignty helped boost the independence desires of the part of southern Senegal – the Casamance region, that had shared ethnic bonds with Gambia. The separatist Movement of Democratic Forces of Casamance began an armed campaign against control by Senegal.

The failed Confederation of Senegambia serves as an example of what can occur when international federalists bite off more than they can chew. The European federalists went down this road and it ultimately resulted in a referendum in the United Kingdom and the rise of anti-EU political parties among many of the EU’s member states. These parties included the UK Independence Party (UKIP), the Brexit Party, and the nationalist wing of the Conservative Party, as well as the National Rally of France, the Northern League of Italy, and both right-wing and left-wing parties across Europe.

The Brexit referendum vote of 2016 was narrowly won by those in favor of the UK exiting the EU. The resulting political chaos in the UK, which included three Conservative Party prime ministers in a mere three-year period, along with “musical chairs” UK Cabinet appointments and bedlam at EU headquarters in Brussels, are but other examples of federalists overreaching for unrealistic goals.

When the forerunner of the European Union, the European Economic Community (EEC), was created by the Treaty of Rome in 1957, French President Charles de Gaulle maintained a policy of opposition to the notion of “supranationalism.” De Gaulle remained opposed to efforts by European federalists like former Belgian Prime Minister Paul Henri Spaak, the former French deputy Secretary-General of the failed League of Nations Jean Monnet, and former French Foreign Minister Robert Schuman. De Gaulle also opposed British membership in the EEC because he saw the UK as a potential U.S. “Trojan horse” inside of the European community.

When the UK joined the EEC in 1973, which was enabled after de Gaulle’s resignation as French president, large sectors of British public opinion was opposed to British membership. The Labor Party was officially opposed to the terms for the UK’s accession to the EEC and not all Conservatives backed Prime Minister Edward Heath’s policy of British membership. There were Labor rebels who supported Heath in the House of Commons vote on membership and Conservatives who bolted from Heath to support the Labor Party’s stance.

In 1972, there was real angst by MPs over such issues as UK access to Commonwealth sugar and New Zealand butter after the UK’s accession to the Treaty of Rome and full membership in the EEC. In fact, what took place in the House of Commons in 1972 was not much different than the situation today. Many MPs are not at all happy with the terms of Brexit. There were Conservative and Labor rebels in 1972, just as there are similar rebels who are pro- and anti-Brexit. The international federalists just never seem to take into consideration “real people” issues, such as those that vexed the MPs in 1972 and continue to do so today: consumer prices of agricultural, fisheries regulation, and the like.

Some federalists in the British Parliament did see the pitfalls of a future united Europe. Labor MP Austen Albu said, during the debate on accession to the EEC, “No one believes that there will be any very rapid advance towards a federal Europe. In fact, very few people in Britain understand what federalism means, and the words “federalism” and “confederalism” are often used as though they had the same meaning when, of course, they do not. Therefore, I do not believe that the new Europe of the Community of 10, as it will be in the near future, will become, if it can ever become, a major world power.

The East African Community (EAC) was founded in 1967 as a vehicle to bring about a single-state East African Union. In 1977, the EAC collapsed, mainly because Ugandan dictator Idi Amin charged that Tanzania was harboring an army poised to invade Uganda and oust Amin. Also contributing to the demise of the EAC was the fact that Tanzania had a socialist economy, Kenya, a capitalist system, and Uganda, a kleptocratic dictatorship. Tanzania has its own internal problems. What began as the Union of Tanganyika and Zanzibar and morphed into the United Republic of Tanzania is now experiencing a desire by the islands of Zanzibar and Pemba, autonomous under the present Constitution, to have their independence restored. In Tanganyika, there is a resentment that Zanzibar and Pemba have their own autonomous government institutions, whereas there is no separate structure, including a parliament, for the mainland. The same complaint is heard in England, where many believe, that because Scotland, Wales, and Northern Ireland have their own autonomous governments, the English should also.

The planned East African Union continues to be plagued with problems. For example, two of its members, Uganda and Rwanda, both former allies, are now de facto enemies.

Unions and federations of nations, like the marriages of people, often end in divorce. Perhaps the international bureaucracy of supranational institution builders should take that fact into consideration before international political unions even occur.

Federations No Longer a Fad

0 thoughts on “Federations No Longer a Fad”