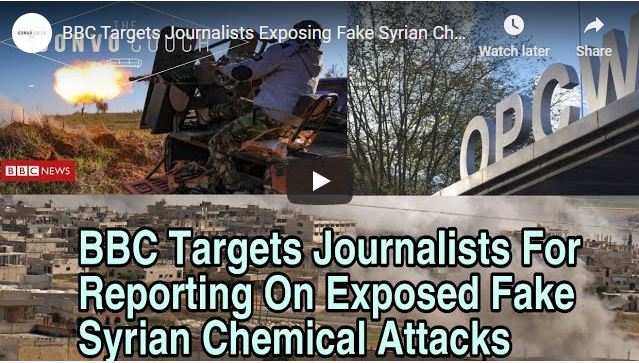 The Convo Couch- Fiorella reports that on Monday two journalists, Eva Bartlett and Vanessa Beeley were targeted by the BBC. Both were sent a letter via email by a BBC News reporter named Chloe Hadjimatheou informing her them of airing a series called “May day” about the White Helmets and their cofounder James Le Mesurier and asking if there was any clarifications or “statements”.

The email went on to state that Bartlett and Beeley’s reporting on the exposed Syrian chemical attacks were conspiracy theories. Specifically Beeley was threatened with a possible indictment. The Syrian chemical attacks were dismissed as fake after an investigation by the OPCW, featuring witnesses, whistle blowers, and journalists. The attempt was found to be a U.S/U.K backed action. This is an important development amidst the Assange trial.