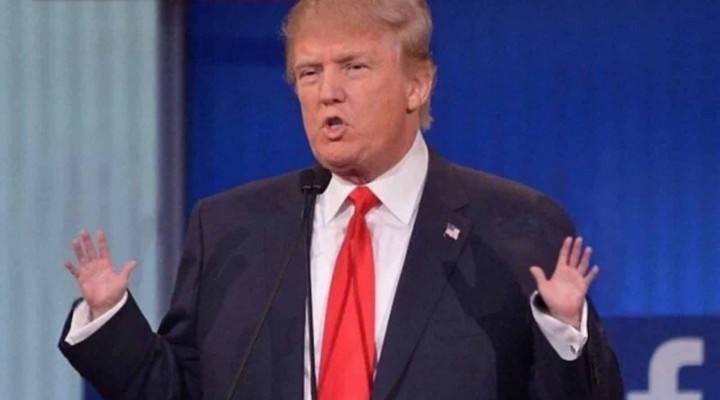 Even more than Syria, Iran is now at the heart of the confrontation between East and West. The astounded public is witnessing Washington’s daily about-turns in what seems – mistakenly – to be an escalation towards war between the two countries. But this is not what it is about. Fortunately, the two Great Powers have demonstrated for the last 75 years that they are reasonable, and have always managed to stand down before they arrive at the point of mutual destruction.

Tension is apparently rising between Washington and Teheran. As usual, President Trump is blowing hot and cold. Thus, on 21 June, he went as far as ordering the bombing of Iran, then changed his mind a few minutes before attacking his targets. And yet this behaviour, which has often allowed Donald Trump to win successes in the West, does not carry much weight with the Persian psychology [1]. But is he trying to impress Iran ?

The attitude of the North Americans must be understood from the point of view not only of their Middle Eastern policy, but also their global policy [2]. More than a conflict with Iran, it’s the balance of power between East and West that is at stake.

Since the Second World War, the central preoccupation of the United States has been their rivalry with the USSR, then Russia. Since the first Geneva Conference (June 2012), on the margins of the Syrian conflict, Moscow has proposed to be the guarantor of regional peace alongside and in equality with Washington. This recalibration of international relations was imagined under the auspices of the ex-Secretary General of UNO, Kofi Annan. The agreement signed in Geneva – in the presence of the other permanent members of the Security Council, plus Turkey for NATO and Iraq, Kuwaït and Qatar for the Arab League, but in the absence of all the Syrian protagonists – lasted no longer than a week. This failure pushed Kofi Annan to withdraw from centre-stage, and led to the beginning of the war waged by the members of NATO against Syria.

It was this project that was re-examined on 24 June by the three national Security advisors of the USA, Israël, and Russia, and which might put an end to the destructive Rumsfeld/Cebrowski strategy [3]. Without a doubt, John Bolton dug in his heels, Meir Ben-Shabbat kept an eye on which way the wind was blowing, and Nikolaï Patrouchev waxed ironic about the comparative advantages of US defeats and Russian military successes.

It was in this context – and not at all in terms of their pro-Israëli affinities – that the United States imagined the « Deal of the Century » in Palestine, of which the first elements have just been released and will be discussed in Manama.

The second preoccupation of the United States vis-à-vis Iran is that of the Pentagon : to prevent Iran from rebooting the nuclear programme that they had offered Shah Reza Pahlevi. However, contrary to the ignorant commentaries regurgitated by the Western Press, Iran no longer has any intention of possessing atomic bombs, since Imam Khomeini condemned weapons of mass destruction as being incompatible with his conception of Islam. On the contrary, as the secret archives of Benjamin Netanyahu attest (despite himself) all Iranian research concerns the fabrication of a shock-wave generator and nothing else [4]. Certainly, this type of generator could be used in the composition of an atomic bomb, but as the inspections by the International Atomic Energy Agency have shown, this is not Iran’s objective.

We do not know what Teheran’s ambitions are, nor why the Pentagon is blocking them.

The third preoccupation of the United States is that of the Trump administration : to boost employment at home, which implies rebalancing their commercial exchanges, particularly with China, and maintaining the price of oil at the level of profitability of their shale oil (about $70 per barrel). This is why they oppose Iranian, Venezuelan and Syrian sales on the international market until 2025, and are attempting to block the access of Russian hydrocarbons to the European Union [5].

It so happens that Russia – whose hydrocarbons furnish most of its financial resources – is attempting to decelerate the fall of prices. It has signed an agreement with OPEC in this sense, and has voluntarily reduced it own production, which indicates that it will slow the inevitable confrontation with Washington on this question while waiting for the constitution of the new European Commission. If Brussels were to give in once again to Washington and forbid the import of Russian gas, Moscow would accept a drop in prices in order to sell off its production and, de facto, would probably ruin the US shale oil industry. The distribution of parts would therefore be shaken up, and the United States would have no further interest in opposing the sales of Iranian, Venezuelan and Syrian oil.

It could also happen that China may decide to reduce its exports to the United States and sell them instead on its own interior market, which is now flourishing. However, that would suppose that it could sustainably furnish its energy economy at a lower price than that of the current market. While Brussels falls into line, complaining about the US interdiction on the buying of Iranian oil, Beijing ignores Washington and is trying to pursue its imports, although at a much lower level. In order to avoid having to react, Washington pretends that it is authorising China to buy small quantities of Iranian oil. A true agreement, even tacit, could enable the USA, Iran, and China to develop.