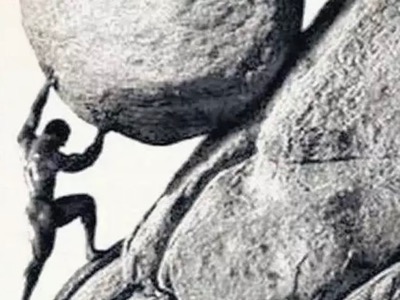 For 18 years, we have been debating the strange evolution of the media, which seems to place less and less value on facts. We attribute this phenomenon to their democratization through social networks. It would be because from now on any person can become a journalist, that the quality of information would have collapsed. The right to speak should therefore be reserved for the elites.
What if it’s exactly the opposite? If the censorship we are considering was not the answer to the phenomenon, but its continuity?

In political systems where Power needs the participation of the People, the purpose of propaganda is to get as many people as possible to adhere to a particular ideology and to mobilize them to apply it.

The methods used to convince are the same whether one is acting in good or bad faith. However, in the 20th century, the use of lies and repetition, the elimination of different points of view, and recruitment into mass organizations were first theorized by British MP Charles Masterman, US journalist George Creel and especially German minister Joseph Goebbels with the devastating consequences that we know [1]. This is why, at the end of the two World Wars, the United Nations General Assembly adopted three resolutions condemning the use of deliberate lies in the media to provoke war and enjoining Member States to ensure the free flow of ideas, the only prevention of intoxication [2].

While propaganda techniques have been perfected over the past 75 years and are systematically used in all international conflicts, they are gradually giving way to new techniques of influence in countries at peace: it is no longer a question of making the public adhere to an ideology and act in the service of power, but on the contrary of dissuading it from intervening, paralysing it.

This strategy corresponds to a so-called “democratic” organization of society where the public has the capacity to sanction Power, which was rarely the case before.

It has spread over the past 18 years with the “War on Terror”. Many intellectuals have stressed the absurdity of this expression: terrorism is not an enemy, it is a military technique. However, we cannot wage war on war. Even if we did not understand it at the time, the invention of this paradoxical expression was intended to institute the era of post-truth.

Let us take the example of the recent execution of Abu Bakr al-Baghdadi. We all know that a helicopter squad cannot fly low across northern Syria without being seen by the population or spotted by Russian air defence systems. The narrative that is told to us is clearly impossible. However, far from questioning what we consider propaganda, we are discussing whether the Caliph, cornered by the US Special Forces, blew himself up with two or three children.

At other times, we would have agreed that an essential element of this story being impossible, we cannot take seriously the other elements that are before us, starting with the death of the Caliph. Now we think otherwise. We accept that this factual element has been falsified, a priori for reasons of national security, and we consider the rest of the narrative as authentic. In the long run, we will forget our concern with this or other elements and publish encyclopedias that will tell this beautiful story with its most unlikely elements.

In other words, we instinctively understand that this narrative does not tell facts, but conveys a message. We are therefore not positioning ourselves in the face of the facts, but in the face of the message as we have understood it: as Osama bin Laden, Abu Bakr al-Baghdadi was executed; Power remains in the United States of America.

To move our consciousness from facts to message, speech writers have an obligation to deliver an inconsistent narrative. It is not an unfortunate mistake on their part that is repeated, but a technical requirement of their work.

In classical propaganda, the aim was to tell coherent stories, if necessary by concealing certain facts or falsifying them. Not anymore. Because we no longer try to convince with beautiful stories, if necessary by getting comfortable with reality. But we are addressing an intermediate state of consciousness through which we convey messages. We are aware that this helicopter affair is impossible, but we can reason by eliminating it from our field of consciousness. A part of our intellect has been inhibited.

We lie to ourselves.

We can find a very large number of examples of the use of this packaging technique in recent years. All those I could mention will make most of my readers nervous because each example requires us to recognize that we have been fooled with our own complicity. We hate to have our mistakes pointed out to us.

A small example anyway. It is ancient, but fundamental. It still plays a vital role today. During the attacks of September 11, airlines immediately published complete boarding lists of passengers and personnel who had died. Two days later, the FBI Director presented his account of the 19 hijackers who, in his opinion, had carried out the attacks. However, none of them, according to the airlines’ first-hand accounts, had boarded the four aircraft. His version is therefore impossible. Eighteen years later, however, we continue to discuss the personalities of these individuals.

For the past 18 years, we have been told that by offering everyone the ability to express themselves on a blog or social networks, technological progress has devalued public speech. Anyone can say anything. In the past, only politicians and professional journalists had the opportunity to express themselves. They ensured the quality of their interventions and writings. Today the vulgum pecus, the ignorant crowd, takes bladders for lanterns and spreads fake news.

However, it is exactly the opposite. Leading politicians, starting with President George Bush Jr. and Prime Minister Tony Blair, have assumed inconsistent speeches to inhibit the reactions of the public in general and their constituents in particular. This technique substitutes absurdity for truth as others substituted lies. It has destroyed the functioning of the democratic systems that ordinary people are trying to restore with their means.

CRT televisions display 625-line images. It suffices that one of them be blurred for us to perceive so it alone in the image. On the same principle, it is enough to hear a single different point of view for the lies of omnipresent propaganda to be obvious. That is why propaganda, when it lies, requires relentless censorship. But if the lie introduces an inconsistency into the discourse so that this inconsistency becomes voluntarily obvious, alternative points of view should no longer be censored. On the contrary, we must let them express themselves and highlight them by publicly denouncing some of them as fake news.

The antidote to post-truth is not the verification of facts, this has always been the basis of the work of journalists and historians, it is the restoration of logic. This is why a new form of censorship is needed today. Most Facebook users have been logged out at one time or another. In countless cases, users are unable to understand why they have been censored. They search in vain for which prohibited word would have been detected by a computer, or which uncivil position would have been prohibited by a supervisor. In reality, what they are often accused of and arbitrarily sanctioned for is restoring logic to their reasoning.

One thought on “Propaganda and Post-Truth”