HOME / SOCIAL/CULTURAL / As You Celebrate Your Freedom, Remember Julian Assange 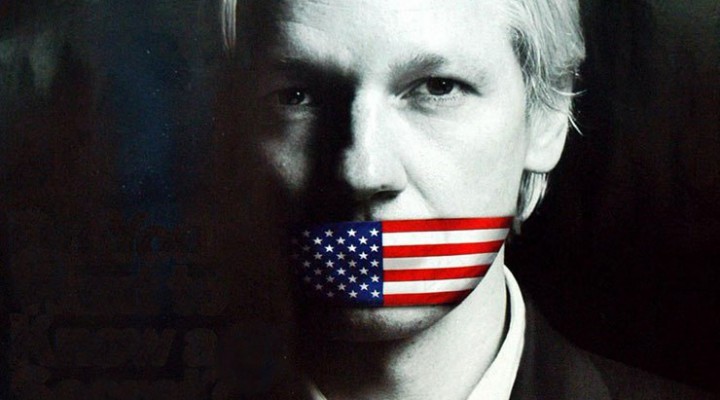 Today the United States mark “Independence Day”, a historical turning point in the becoming of a great nation. On this day, the world celebrates great truths enshrined in the 1776 Declaration, which epitomize the very concept of modern democracy: “that all men are created equal, that they are endowed by their Creator with certain unalienable Rights, that among these are Life, Liberty, and the Pursuit of Happiness, that to secure these Rights, Governments are instituted among Men, deriving their just Powers from the Consent of the Governed, that whenever any form of Government becomes destructive of these Ends, it is the Right of the People to alter or to abolish it, and to institute new Government, laying its Foundation on such Principles, and organizing its Powers in such form, as to them shall seem most likely to effect their Safety and Happiness”. In short, Independence Day celebrates the right and duty to free and just dissent.

Indeed, throughout history, dissidents have brought about lasting political change, liberation from oppression, and the empowerment of the people. By ‘dissident’, I do not mean the opposition in parliament, I mean political activists challenging established power from the outside. Mahatma Gandhi, Martin Luther King, and Nelson Mandela were dissidents whose names are now cherished worldwide. Yet, all of them radically challenged the political, social and economic order of their time, which got two of them murdered and the third incarcerated for 27 years.

What is it, then, that makes dissidents such a threat? Contrary to common criminals they serve a higher cause. Contrary to terrorists, they inform, empower and mobilize the people. And contrary to parliamentary oppositions, they have no stakes in corrupt institutions and practices that often feed both sides of the political aisle. Governments fear dissidents, because they cannot be owned and controlled. Some imprison, torture and execute them routinely, based on classified evidence and summary trials. Others conceal their oppression behind a veil of due process, crushing them through judicial harassment and defamation.

Whether we like it or not, Julian Assange is a dissident. He despises secrecy and cannot be tamed, bought or otherwise controlled. He has flooded the world with compromising disclosures, including evidence for war crimes, aggression and abuse, without ever resorting to violence or fake news. He has initiated a paradigm shift in public awareness and dried up safe havens of governmental impunity. And like everyone who endangers the perks of the powerful, he has been made to pay the price.

But how do you break a political dissident, a promoter of truth and transparency? Well, first you attack his reputation and credibility, and destroy his human dignity. You maintain a constant trickle of poisonous rumors, first half-truths and then increasingly bold lies. You keep him suspected of rape without trial, of hacking and spying, and of smearing feces on Embassy walls. You portray him as an ungrateful narcissist with a cat and a skateboard, whose only aim is self-glorifying exceptionalism.

By making him unlikeable in the eyes of the world, you ensure no one will feel any empathy, so once his voice is muzzled and his isolation complete, he can be burned at the stake with impunity. Most importantly, having degraded him to a clown for the entertainment of all, you will have diverted attention from his spotlight on your own crimes. Next, you make sure that any attempt of his to expose your lies comes at the cost of extradition to a hanging judge in a land bent to see his head on a stick, where torturers enjoy impunity. You then pressure his country of refuge into submission – military and economic leverage never fail – and you turn his protectors into enemies, and his daily existence into attritive hell.

The method is deliberate, concerted, and sustained, and employs isolation, hostility, and shame. Whether you call it “bullying,” “mobbing,” or “persecution” – in essence it is all the same. It purposefully inflicts severe mental suffering and aims to coerce, punish, and intimidate. It is thus, under international law, nothing else than full-fledged psychological torture. Mind you, psychological torture is neither ‘soft’ nor ‘light’. It aims straight at the destruction of your innermost self, albeit without leaving a physical trace. It targets your emotions, your mind and your dignity, and instills chronic shame and anxiety. Through relentless over-stimulation, confusion and stress, it eventually causes total exhaustion, cardiovascular failure and nervous collapse.

Let us not be fooled, extraditing Assange was never about hacking, rape, espionage or narcissism. It is about drowning his radical challenge to government secrecy, which holds the power to change world affairs forever, inspired by the truths and principles proclaimed in the 1776 Declaration. That is why the powerful persecute Assange with ferocity, while proven war criminals are allowed to walk free. And as you watch him pay for the audacity of exposing corruption and crime, please ponder what this means for you, your country, and your family. Ponder deep and ponder hard, and then use your democratic rights to hold your Government to account.

For once telling the truth has become a crime, while the powerful enjoy impunity, then your own rights may well be next in line. A precedent of censorship and tyranny will have been set, through the backdoor of our own complacency, which can and will be applied just as well to the New York Times, BBC World and ABC News. So on this day, let us remember this truth, declared 243 years ago: “A Prince, whose Character is thus marked by every act which may define a Tyrant, is unfit to be the Ruler of a free People.”

Nils Melzer is the UN Special Rapporteur on Torture. He can be found tweeting @NilsMelzer.

The views expressed in this article are the author’s own.​​​​​​

0 thoughts on “As You Celebrate Your Freedom, Remember Julian Assange”