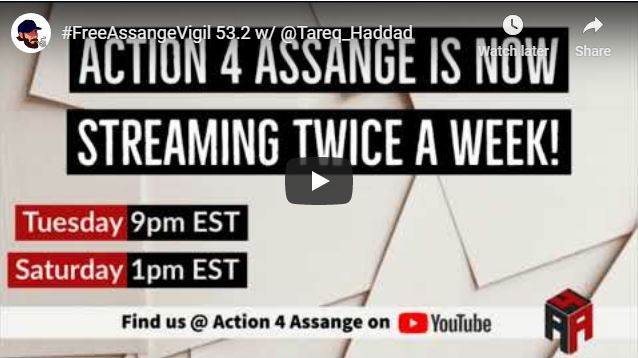 Interviews with dedicated Julian Assange activists around the globe: in London, Emily Butlin, famous for coordinating embassy vigils and grassroots organizing since 2011, and Deepa Driver, a London union organizer, academic and lecturer who has brought together a diverse network of international experts and grassroots actors to campaign against the extradition of Julian Assange; in New York, Nathan Fuller, who leads the Courage Foundation’s efforts in the US to build a nationwide movement, and Chuck Zlatkin and Bernadette Evangelist, founding members of the Big Apple Coffee Party and NYC Free Assange who in 2019 began a weekly vigil to free Assange and continue in grass roots efforts in his behalf; and in New Zealand, Alex Hills, artist, musician and creator of “Candles for Assange” which grew into regular old fashioned street protests is 50 cities worldwide.