HOME / WORLD / Trump administration embraces a vision of nuclear armament it cannot afford, this policy will bankrupt US 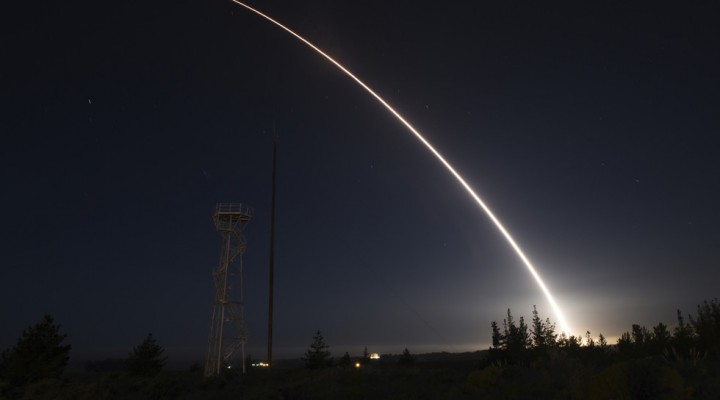 It is now clear that the US has no intention of extending the New START Treaty. Worse, the US is embarking on a program of nuclear modernization it doesn’t need and cannot afford.

The debate on whether the Trump administration was serious about seeking an extension of the New START Treaty is over.

Recent comments by Dr. Robert Soofer, the deputy assistant secretary of defense for nuclear and missile defense policy, underscore the reality that Washington has no intention of extending the New START Treaty, instead allowing it to expire in February 2021. Dr. Soofer’s comments also make it clear that the Trump administration is totally detached from reality when it comes to the economic costs associated with that decision, and the willingness, let alone ability, of the American taxpayer to underwrite those expenses.

Speaking before a meeting of the Air Force Association, Dr. Soofer indicated that the US would support an extension of New START under three conditions. First, Russia would have to agree to include its arsenal of non-strategic nuclear weapons — the tactical nuclear-tipped ballistic missiles that serve as the backbone of their non-strategic military force structure. Second, Russia would have to agree to unspecified “stronger verification measures,” usually a euphemism for on-site inspections. And lastly, it would need to find a way to bring China to the table in any future disarmament talks post-New START extension.

As for the first condition, this would require the negotiation of an all new treaty, a process that is the literal antithesis of extending the existing agreement. Given that the New START Treaty expires in five months, this is a non-starter procedurally, even before one gets into the nuance of why such a proposal fails from a strictly disarmament point of view. Short answer— mixing strategic and tactical nuclear weapons in a single disarmament agreement only works if the end goal is universal disarmament. Otherwise the dissimilarities in the mission objectives of these weapons types — strategic nuclear deterrence vs. battlefield dominance — makes a singular disarmament framework unworkable. We learned this lesson in the 1980s when both the US and USSR sought to combine INF talks with START; it didn’t work, and the two were de-linked.

Russia and the US have both been historically reticent about on-site inspections, simply because the physical act of introducing the human factor into matters related to sensitive national security issues lends itself to the conduct of the world’s second oldest profession — spying. On-site inspections (OSI) have proven to be an indispensable element of arms control compliance verification ever since they were first meaningfully implemented as part of the INF treaty. Since that time, every major arms control agreement between the US and USSR/Russia save one — the Bush-era Strategic Offensive Reductions Treaty, or SORT, which eschewed OSI in their totality — have incorporated this human factor. But the Trump administration’s vision of OSI, in which it seeks “anytime, anywhere”-type access, is not something the security-conscious Russians are keen on embracing. Neither, for that matter, is the Department of Defense when it comes to reciprocity, which begs the question as to what purpose the US posture serves if not as a poison pill.

Finally, regarding China, Moscow has made it clear that it will not try to pressure Beijing into joining a trilateral arms control negotiation as part of any effort to extend the bilateral New START treaty. Moreover, China has repeatedly stated that it has no desire to participate in such negotiations.

In any event, Russia has said that any post-New START negotiations that seek to expand the scope and scale of an agreement beyond the traditional bilateral framework must also include France and Great Britain, two nations with strategic nuclear arsenals similar in size to that of China. Neither France nor Great Britain have begun the process of considering their involvement in such a negotiation, and much work would need to be done to study the implications of such on the national security posture of those two states, as well as NATO, before any meaningful negotiations could begin.

In short, the US demands are facially absurd, a clear indication that Washington is not serious about extending the New START Treaty, this despite the fact that it is widely acknowledged that any failure to extend New START will trigger a new arms race that would be as expensive as it would be dangerous.

A new report put out by the Congressional Budget Office shows that any effort on the part of the US to expand and modernize its strategic nuclear forces in a post-New START environment could cost upwards of $439 billion over a ten year period, in addition to increased annual maintenance costs of $28 billion.

The US nuclear arsenal has always been expensive to build and maintain; even if the New START Treaty was extended, current US force modernization plans call for spending increases that would double from the $17.7 billion budgeted for the fiscal year 2021.

At a time when the economic impact of the Covid-19 pandemic has hit even the previously untouchable defense budget (the proposed 2021 budget of $705.4 billion is down from the $712.6 billion budgeted for 2020), the notion of trying to squeeze an additional $71.9 billion on top of a projected $35.4 billion nuclear modernization budget is, frankly speaking, delusional. Dr. Soofer blithely swept these concerns away, noting that, as the costs for a nuclear weapons deterrent go up, “there’s more of an opportunity for those who take a more simple approach to deterrence to argue, ‘Well, we can’t afford this.’”

Regardless of who emerges victorious in the US 2020 presidential race, the fact is the growing domestic imperative for a radical restructuring of US budget priorities in a post-pandemic world will make the notion of deliberately eschewing nuclear arms control in favor of budget-breaking weapons that make the world a less safe place to live in politically unsustainable.

That Dr. Soofer and the rest of the Trump administration’s national security team cannot see this points to a disconnect with reality that does not bode well for the rest of the country — or the world — should President Trump win reelection this coming November. They are writing checks with their mouths the American taxpayer cannot — and will not — pay. By going forward with a policy that—by design—bankrupts the United States, the Trump administration is not simply leading the United States to the edge of the abyss; it is sprinting there, blindfolded, without a parachute. If that is not the definition of insanity, nothing is.

0 thoughts on “Trump administration embraces a vision of nuclear armament it cannot afford, this policy will bankrupt US”