HOME / WORLD / The indictment of Concord was meant to prove Russia interfered in the US presidential election. But it was just a political sham 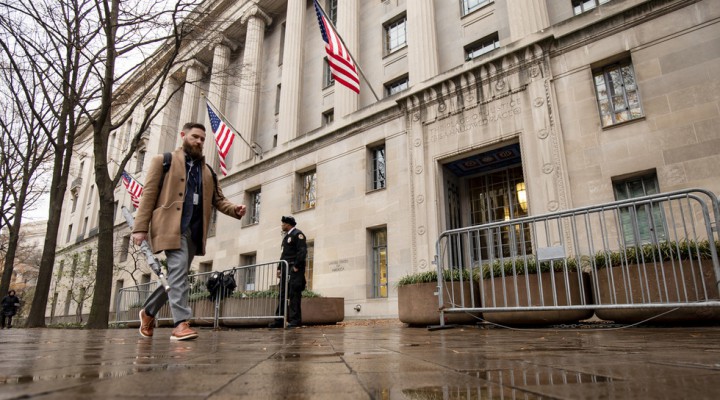 Now that the Department of Justice has rightly dismissed the case, it just shows that the allegations were aimed at shaping public opinion – and that it’s all about the politicization of the US Justice System

It was the indictment that shook America. Or at least, it was supposed to. For months, prosecutors working for Robert Mueller – the special prosecutor charged with investigating allegations of collusion between the campaign of then-candidate Donald Trump and various Russian actors to tip the scales of the 2016 US presidential election in Trump’s favor – had been slaving away behind a wall of secrecy. Set up in May 2017, the Mueller team had little to show for its efforts save for a handful of guilty pleas by Trump associates for lying to federal agents. No evidence had been provided to an increasingly skeptical public to sustain the notion that the Russians had actively interfered in the election.

That changed in February 2018, when the Mueller team unveiled an indictment of thirteen Russian citizens and three Russian companies, including Concord Management, spelling out in detail an assortment of acts that, on the surface, looked damning. “From in or around 2014 to the present,” the indictment read, “defendants knowingly and intentionally conspired with each other (and with persons known and unknown to the Grand Jury) to defraud the United States by impairing, obstructing and defeating the lawful functions of the Government through fraud and deceit for the purpose of interfering with the US political and electoral processes, including the presidential election of 2016.”

From that point on, “thirteen individuals and three companies” became the mantra of the pro-“Russia did it” brigade, repeated over and over again on TV news, Twitter, Facebook and other platforms where they and their ilk gathered to promote the theory that President Trump had colluded with the Russians to secure his electoral victory in 2016. Whenever anyone questioned the validity of the investigation, like clockwork the supporters of Mueller and his work would religiously cite the existence of this indictment, as if, in and of itself, it proved Mueller’s case.

It was a pure numbers game, inflated further when Mueller and his team indicted twelve serving Russian Military Intelligence officers for allegedly hacking the Democratic National Committee server, among other alleged crimes, in the spring of 2016. What had Mueller accomplished with these indictments? The reality was that they were little more than a publicity stunt, a public relations game that allowed Mueller supporters to respond that “he indicted 25 Russians and three Russian companies” any time the accomplishments of the investigation were brought into question.

While these statistics sounded impressive, creating as they did the impression of irrepressible, righteous momentum, they represented little more than grand theater designed to create an impression of guilt that wasn’t backed up by fact. The Mueller indictment targeting Concord Management grew out of a grand jury investigation where the government had total control of the evidence presented. There’s an old saying about the US grand jury system, that “a prosecutor can indict a ham sandwich” – the implication being you can make anyone look guilty for anything at any time. The ham sandwich isn’t given the chance to present its case.

Normally, an indictment would compel a defendant, presented with overwhelming evidence of his or her guilt, to seek a plea arrangement. Or, seeing that the evidence was insufficient, they would take the case to trial where, through discovery, the prosecutor would be compelled to hand over any and all evidence so that the defense could mount a counterargument. In this light, a prosecutor would normally craft the grand jury case in a way that maximized its impact at trial. But the Concord Management case, like the case against the Russian intelligence officers, was never meant to go to trial. No one expected the Russians to mount a defense, because to do so would require their presence in the court, on American soil, where they would be subject to arrest and confinement.

Concord Management, however, took everyone by surprise, hiring a US-based legal team to defend it against the plethora of fantastic allegations that underpinned the indictment. In doing so, Concord Management put the Mueller team in a position where they would have to disclose how they obtained all the extraordinary details about the alleged Russian activities, including internal emails, travel itineraries, and specific details about the thirteen Russian men and women.

Confronted with the reality that Concord was ultimately prepared to take the case to trial, the Department of Justice pulled the plug on the indictment, hiding behind the claim that sensitive law enforcement techniques would be revealed if it was required to present its case. Oh, really?

This revelation only underscores how ill-prepared the Mueller team was to take the Concord case to trial – normally, questions about what evidence can and cannot be presented at trial are worked out before the indictment is published. But when an indictment is more about manipulating public perception by putting forth unsustained allegations, rather than proving actual fact-based guilt, issues about evidentiary classification don’t matter. But in this case, however, they do matter – and the US government, its bluff called, was compelled to dismiss the charges.

Under normal circumstances, the announcement that the indictment used to underpin the credibility of an investigation into whether the now-President of the United States colluded with Russia to win an election had been dismissed would not only be headline news, but would also generate public outrage and demands that those who brought the indictment forward be investigated for politicizing the American justice system.

But there is nothing normal about the present circumstance. The combined impact of the Mueller investigation (which stalled far short of its goal of indicting the president) and the related impeachment trial process (which likewise failed) left the American public sharply divided on the issue of Trump-Russian collusion, facts be damned. The dismissal of the Concord indictment should be further evidence that the allegations of Russian interference in the 2016 presidential election have been vastly overblown. The other indictments are similarly unsustainable at trial.

It’s just disappointing that the coronavirus news cycle will probably drown out this story, leaving the ramifications of the abuse of the US legal system by politically motivated prosecutors unexplored, and the American public worse off for it.

I Feel Sorry For President Trump

Americans Are Consigning Themselves to the Trash Bin of History

0 thoughts on “The indictment of Concord was meant to prove Russia interfered in the US presidential election. But it was just a political sham”