HOME / Economy / Russia Strikes Back Where It Hurts: American Oil 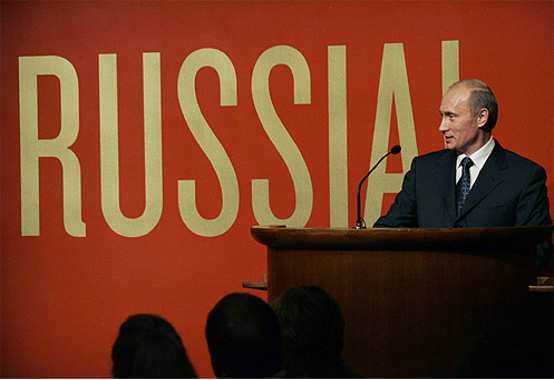 Amid mounting sanctions aimed at crippling Moscow’s economy, Putin seems resolved to do the same to Trump’s re-election.

Russia and Saudi Arabia are engaged in an oil price war that has sent shockwaves around the world, causing the price of oil to tumble and threatening the financial stability, and even viability, of major international oil companies.

On the surface, this conflict appears to be a fight between two of the world’s largest producers of oil over market share. This may, in fact, be the motive driving Saudi Arabia, which reacted to Russia’s refusal to reduce its level of oil production by slashing the price it charged per barrel of oil and threatening to increase its oil production, thereby flooding the global market with cheap oil in an effort to attract customers away from competitors.

Russia’s motives appear to be far different—its target isn’t Saudi Arabia, but rather American shale oil. After absorbing American sanctions that targeted the Russian energy sector, and working with global partners (including Saudi Arabia) to keep oil prices stable by reducing oil production even as the United States increased the amount of shale oil it sold on the world market, Russia had had enough. The advent of the Coronavirus global pandemic had significantly reduced the demand for oil around the world, stressing the American shale producers. Russia had been preparing for the eventuality of oil-based economic warfare with the United States. With U.S. shale producers knocked back on their heels, Russia viewed the time as being ripe to strike back. Russia’s goal is simple: to make American shale oil producers “share the pain”.

The United States has been slapping sanctions on Russia for more than six years, ever since Russia took control (and later annexed) the Crimean Peninsula and threw its weight behind Russian separatists in eastern Ukraine. The first sanctions were issued on March 6, 2014, through Executive Order 13660, targeting “persons who have asserted governmental authority in the Crimean region without the authorization of the Government of Ukraine that undermine democratic processes and institutions in Ukraine; threaten its peace, security, stability, sovereignty, and territorial integrity; and contribute to the misappropriation of its assets.”

The most recent round of sanctions was announced by Secretary of State Mike Pompeo on February 18, 2020, by sanctioning Rosneft Trading S.A., a Swiss-incorporated, Russian-owned oil brokerage firm, for operating in Venezuela’s oil sector. The U.S. also recently targeted the Russian Nord Stream 2 and Turk Stream gas pipeline projects.

Russia had been signaling its displeasure over U.S. sanctions from the very beginning. In July 2014, Russian President Vladimir Putin warned that U.S. sanctions were “driving into a corner” relations between the two countries, threatening the “the long-term national interests of the U.S. government and people.” Russia opted to ride out U.S. sanctions, in hopes that there might be a change of administrations following the 2016 U.S. Presidential elections. Russian President Vladimir Putin made it clear that he hoped the U.S. might elect someone whose policies would be more friendly toward Russia, and that once the field of candidates narrowed down to a choice between Donald Trump and Hillary Clinton, Putin favored Trump.

“Yes, I did,” Putin remarked after the election, during a joint press conference with President Trump following a summit in Helsinki in July 2018. “Yes, I did. Because he talked about bringing the U.S.-Russia relationship back to normal.”

Putin’s comments only reinforced the opinions of those who embraced allegations of Russian interference in the 2016 U.S. Presidential election as fact and concluded that Putin had some sort of hold over Trump. Trump’s continuous praise of Putin’s leadership style only reinforced these concerns.

Even before he was inaugurated, Trump singled out Putin’s refusal to respond in kind to President Obama’s levying of sanctions based upon the assessment of the U.S. intelligence community that Russia had interfered in the election. “Great move on delay (by V. Putin) – I always knew he was very smart!” Trump Tweeted. Trump viewed the Obama sanctions as an effort to sabotage any chance of a Trump administration repairing relations with Russia, and interpreted Putin’s refusal to engage, despite being pressured to do so by the Russian Parliament and Foreign Ministry, as a recognition of the same.

This sense of providing political space in the face of domestic pressure worked both ways. In January 2018, Putin tried to shield his relationship with President Trump by calling the release of a list containing some 200 names of persons close to the Russian government by the U.S. Treasury Department as a hostile and “stupid” move.

“Ordinary Russian citizens, employees and entire industries are behind each of those people and companies,” Putin remarked. “So all 146 million people have essentially been put on this list. What is the point of this? I don’t understand.”

From the Russian perspective, the list highlighted the reality that the U.S. viewed the entire Russian government as an enemy and is a byproduct of the “political paranoia” on the part of U.S. lawmakers. The consequences of this, senior Russian officials warned, “will be toxic and undermine prospects for cooperation for years ahead.”

While President Trump entered office fully intending to “get along with Russia,”  including the possibility of relaxing the Obama-era sanctions, the reality of U.S.-Russian relations, especially as viewed from Congress, has been the strengthening of the Obama sanctions regime. These sanctions, strengthened over time by new measures signed off by Trump, have had a negative impact on the Russian economy, slowing growth and driving away foreign investment.

While Putin continued to show constraint in the face of these mounting sanctions, the recent targeting of Russia’s energy sector represented a bridge too far. When Saudi pressure to cut oil production rates coincided with a global reduction in the demand for oil brought on by the Coronavirus crisis, Russia struck.

The timing of the Russian action is curious, especially given the amount of speculation that there was some sort of personal relationship between Trump and Putin that the Russian leader sought to preserve and carry over into a potential second term. But Putin had, for some time now, been signaling that his patience with Trump had run its course. When speaking to the press in June 2019 about the state of U.S.-Russian relations, Putin noted that “They (our relations) are going downhill, they are getting worse and worse,” adding that “The current [i.e., Trump] administration has approved, in my opinion, several dozen decisions on sanctions against Russia in recent years.”

By launching an oil price war on the eve of the American Presidential campaign season, Putin has sent as strong a signal as possible that he no longer views Trump as an asset, if in fact he ever did. Putin had hoped Trump could usher in positive change in the trajectory of relations between the two nations; this clearly had not happened. Instead, in the words of close Putin ally Igor Sechin, the chief executive of Russian oil giant Rosneft, the U.S. was using its considerable energy resources as a political weapon, ushering in an era of “power colonialism” that sought to expand U.S. oil production and market share at the expense of other nations.

From Russia’s perspective, the growth in U.S. oil production—which doubled in output from 2011 until 2019—and the emergence of the U.S. as a net exporter of oil, was directly linked to the suppression of oil export capability in nations such as Venezuela and Iran through the imposition of sanctions. While this could be tolerated when the target was a third party, once the U.S. set its sanctioning practices on Russian energy, the die was cast.

If the goal of the Russian-driven price war is to make U.S. shale companies “share the pain,” they have already succeeded. A similar price war, initiated by Saudi Arabia in 2014 for the express purpose of suppressing U.S. shale oil production, failed, but only because investors were willing to prop up the stricken shale producers with massive loans and infusion of capital. For shale oil producers, who use an expensive methodology of extraction known as “fracking,” to be economically viable, the breakeven price of oil per barrel needs to be between $40 and $60 dollars. This was the price range the Saudi’s were hoping to sustain when they proposed the cuts in oil production that Russia rejected.

The U.S. shale oil producers, saddled by massive debt and high operational expenses, will suffer greatly in any sustained oil price war. Already, with the price of oil down to below $35 per barrel, there is talk of bankruptcy and massive job layoffs—none of which bode well for Trump in the coming election.

It’s clear that Russia has no intention of backing off anytime soon.  According to the Russian Finance Ministry, said on Russia could weather oil prices of $25-30 per barrel for between six and ten years. One thing is for certain—U.S. shale oil companies cannot.

In a sign that the Trump administration might be waking up to the reality of the predicament it faces, Treasury Secretary Steve Mnuchin quietly met with Russia’s Ambassador to the U.S., Anatoly Antonov. According to a read out from the Russian Ministry of Foreign Affairs, the two discussed economic sanctions, the Venezuelan economy, and the potential for “trade and investment.” Mnuchin, the Russians noted, emphasized the “importance of orderly energy markets.”

Russia is unlikely to fold anytime soon. As Admiral Josh Painter, a character in Tom Clancy’s “The Hunt for Red October,” famously said, “Russians don’t take a dump without a plan.”

Russia didn’t enter its current course of action on a whim. Its goals are clearly stated—to defeat U.S. shale oil—and the costs of this effort, both economically and politically (up to and including having Trump lose the 2020 Presidential election) have all been calculated and considered in advance. The Russian Bear can only be toyed with for so long without generating a response. We now know what that response is; when the Empire strikes back, it hits hard.

0 thoughts on “Russia Strikes Back Where It Hurts: American Oil”