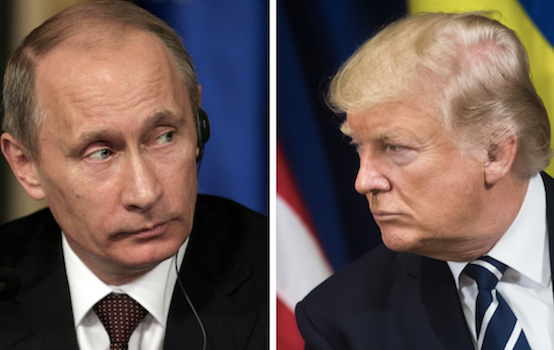 What facts? Breaking down the evidence behind Moscow’s cruise missile “violation.”

The United States has a track record of asking nations to prove a negative when it comes to compliance with arms control agreements, and then holding them to account when they fail to do so. The deficit of integrity over U.S. claims against Iraq regarding weapons of mass destruction and Iran and its nuclear program speaks volumes about how corrupt America’s policymaking apparatus has become. Now the United States is making the same mistake again by pulling out of the INF Treaty, which it claims Russia violated.

“A high degree of confidence is required before the United States will publicly charge another party with violation of an international agreement.” Acting Deputy Director of the U.S. Arms Control and Disarmament Agency (ACDA) Thomas Graham, Jr. delivered those remarks during testimony before the House Permanent Select Committee on Intelligence in 1994. At that time, the ACDA served as the lead agency regarding arms control compliance. The intelligence community supported the ACDA’s mission of making firm compliance judgments by providing the necessary intelligence information and analysis.

ACDA was supported in this effort by the CIA’s Arms Control Intelligence Staff, or ACIS. ACIS provided intelligence support tailored for the specific compliance monitoring and verification requirements stemming from arms control agreements such as the INF Treaty and the Strategic Arms Reductions Treaty (START). It brought a different skill set and mindset than the work being done by the CIA’s Nonproliferation Center, or NPC, whose targets were less structured and far more nebulous and nuanced. It was one thing to assess that nation A was exporting technology capable of supporting nuclear enrichment to nation B; it was far different to determine that Russia had destroyed its silos to the depths mandated by a treaty.

For the former, there was far more latitude in interpreting data used to make assessments. The latter required a level of specificity that was unforgiving and often difficult to achieve.

There was a synergy between ACDA and ACIS that extended throughout the intelligence cycle. ACDA would task ACIS with information and analysis. On more technical issues, ACDA would work directly with more specialized organizations within the intelligence community. ACDA, as the lead arms control agency, was responsible for negotiating arms control agreements that, according to Thomas Graham, “have a level of verifiability that is sufficient to provide an acceptable level of confidence regarding other parties’ compliance.”

As such, ACDA had to be fully appraised about the capabilities and limitations of U.S. intelligence assets so they could appropriately task them with fulfilling specific compliance verification requirements, as well as understanding the limitations of that intelligence. The synergy that existed between ACDA and ACIS allowed for the building of a robust treaty monitoring capability comprised of technical collection systems that were responsive to the specific tasking requirements of policymakers.

But in 1999, the Clinton administration disbanded ACDA, merging its specific arms control functions into a bureau reporting to the under secretary of state for arms control and international security affairs. This consolidation resulted in the dilution of the relationship between policymakers and the intelligence community. That relationship was further reduced when, in 2001, the intelligence community undertook a similar consolidation, melding ACIS with NPC to create the Weapons Intelligence, Nonproliferation and Arms Control Center, or WINPAC. One of WINPAC’s first “accomplishments” was the Iraq WMD fiasco. That was followed in short order by an unimpressive performance on Iran, marked by the use of forged documents, flawed human sources derived from compromised opposition groups, and erroneous analysis—in short, Iraq without the war.

The mindset for tracking WMD proliferation is, by its very nature, different from that of verifying arms control agreements. The first permits actions based on suspicion, while the second mandates a high degree of certainty. Blending these distinct approaches into a singular bureaucratic structure invited intelligence failure, where uncorroborated suspicions were translated into de facto violations in a manner that had been virtually impossible under the former ACDA-ACIS relationship. This consolidation, more than anything else, represents the genesis of the current INF Treaty imbroglio.

Sometime in 2007 or 2008, intelligence analysts began observing activity indicating that the Russians were developing a new ground-launched ballistic missile. The specific intelligence tip-offs remain classified, but based on what little has been reported, it appeared to include aerial imagery of the Kapustin Yar missile test facility, telemetry collected from various test launches of missiles, and all-source monitoring of Russian weapons acquisition processes. These are the established intelligence tools of the trade—and, as the Iraq and Iran examples have shown, they are susceptible to misinterpretation.

According to the current director of national intelligence, Dan Coats, the intelligence community “assesses Russia has flight-tested, produced, and deployed cruise missiles with a range capability prohibited by the Treaty.” Coats named the system in question as the 9M729. He noted that the Novator design bureau was the responsible agency, and that the 9M729 missile closely resembled other cruise missiles Novator was developing at the time.

According to Coats, “Russia conducted the flight test program in a way that appeared purposefully designed to disguise the true nature of their testing activity as well as the capability of the 9M729 missile.”

Coats makes careful use of estimative language, in particular the terms “assesses” and “appeared,” which clearly indicate that the American allegations are not absolute, but rather a matter of analytical supposition. This conclusion is furthered by Coats’ concluding statement: “Russia probably assumed parallel development—tested from the same site—and deployment of other cruise missiles that are not prohibited by the INF Treaty would provide sufficient cover for its INF violation.”

What is clear from Coats’ statement is that Novator was conducting simultaneous tests of multiple similar systems. Open source informationconfirms that during the timeframe in question, it was working on upgrading the guidance and control systems of the 3M14 “Kaliber” sea-launched cruise missile—which has a range of well over 2,500 miles, but as a sea-launched system is not covered by the INF Treaty—as well as the 9M729, a ground-launched missile. As such, it is plausible that Russia tested the new guidance and flight control system on the 3M14 missile, and then tested the same system on the 9M729 (guidance systems are not covered by the INF Treaty).

It appears that the 9M729 missile that is being deployed by Russia is likely notcapable of ranges that violate the INF Treaty. The Russians have provided a static display of the weapon that showed the propulsion system of the 9M729 to be identical to that of the 9M728 missile, which operates at ranges below the threshold set by the INF. In fact, the larger warhead and increased size of the guidance and flight control systems on the 9M729 result in its range being less than the 9M728. Russia has indicated that it is willing to go further—perhaps removing the missile from its sealed launch canister for a more technical evaluation by U.S. specialists—to reinforce the 9M729’s compliance.

The U.S. has refused to participate in such an exercise. Andrea Thompson, the current under secretary for arms control and international security, met with her Russian counterparts in January 2019 prior to the final decision being made to withdraw from the INF Treaty. “I was there to listen,” Thompson noted, “but my objective and the message was clear from the administration that Russia must return to full and verifiable compliance with the INF Treaty.” According to Thompson, the only acceptable solution was “the verifiable destruction of Russia’s noncompliant missile system.”

Thompson’s Russian opposite, Sergei Rybokov, responded by noting, “Clearly, the United States was no longer interested in obtaining our substantive response to their questions. This once again showed us that our efforts at transparency have no impact on the decisions taken by the United States, and that they have taken all their decisions a long time ago and are only waiting for Russia to plead guilty.”

“A high degree of confidence is required before the United States will publicly charge another party with violation of an international agreement.” The words of Thomas Graham hang heavy in the air today. There is nothing about America’s case against Russia that meets that standard. Instead, the U.S. seems intent on following in the same path as previous intelligence failures in Iraq and Iran. This time, however, the consequences will resonate beyond regional chaos. By killing the INF Treaty based on flawed intelligence, the U.S. risks global annihilation.